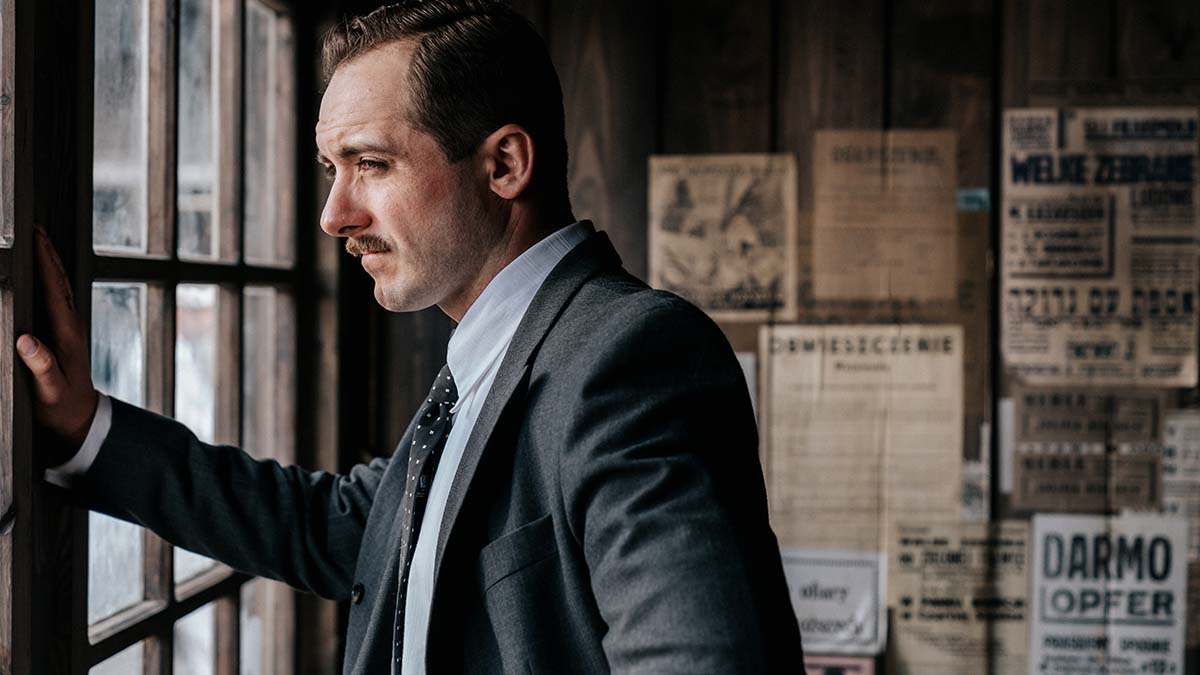 Walter Presents is bringing Polish crime drama ‘The King of Warsaw’ to our screens this weekend and it’s a splendidly gritty and old-school drama.

The ‘Peaky Blinders’ comparisons are understandable, but this is anything but a copy of ‘Peaky Blinders’. ‘The King Of Warsaw ‘comes from Szczepan Twardoch’s novel (which is available in English now), and as we all know, the best dramas often find their roots in the printed book.

It’s 1937, and the streets of Warsaw are a lawless place. The communist/gangsters led by Jan “Buddy” Kaplica and the fascists are having running battles, with the police powerless (and largely unwilling) to get involved. Szapiro is second in command to Kaplica; his right-hand man. We see him one minute as a loving father with his two sons; then as a philandering womanizer; and finally as a brutal, vicious killer – happy to callously murder Jewish shopkeepers who cannot afford the rent.

Michal Zurawski is terrific in the lead role (read our interview with him); but he’s not the only one. Also worth of mention are Lena Gòra (as Anna Ziembinska, the sexy femme-fatale), Arkadiusz Jakubik (as Kaplica) and Aleksandra Pisula (as Emelia, Michal’s long-suffering wife). But to single out single names is unfair, because there are a great many superb acting performances.

There’s a wonderful cinematic feel about the production; it looks marvellous on-screen – the locations and staging perfectly portraying the chasm between the haves and the have nots of Poland at that time, but all of them with the impending threat of Nazism never far away.

Every so often a programme comes along that makes you realise why you like this type of entertainment – and this is one such show. Miss this at your peril.

Walter Presents: ‘The King of Warsaw’ will premiere on Channel 4 on 15th May 2022 at 11pm. The full box-set is available on Walter Presents via All 4 now.

In this article:The King of Warsaw, Walter Presents