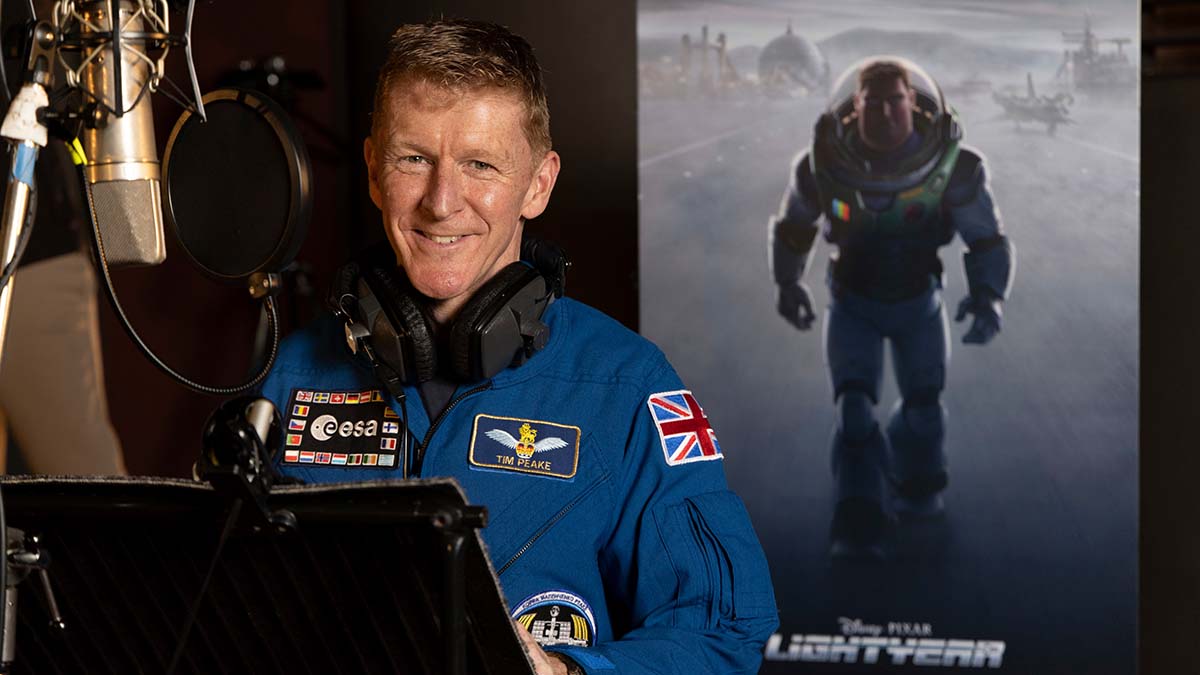 British astronaut Tim Peake has been announced as a UK voice cameo in the upcoming Disney and Pixar film ‘Lightyear‘.

Announced yesterday on National Space Day, it was confirmed that Peake will lend his voice to ‘Tim’, the Mission Control character in the UK version of the film.

Speaking of his role in the film Peake says: “I was over the moon to be asked to be a part of ‘Lightyear’ and to join the Disney and Pixar family! It’s been a huge amount of fun to be on the other side of a spaceship launch and wonderful to see how space continues to inspire and excite so many people. ‘Lightyear’ is simply brilliant!”

Director of ‘Lightyear’, Angus McLane says: “We are huge fans of space, adventures and storytelling here at Pixar and Tim is a real space legend who has tons of incredible stories to tell. We are beyond delighted that Tim will lend his voice to our Mission Control.”

‘Lightyear’ is the definitive origin of the iconic ‘Toy Story’ character Buzz Lightyear.

The film follows the legendary Space Ranger after he’s marooned on a hostile planet 4.2 million light-years from Earth alongside his commander and their crew. As Buzz tries to find a way back home through space and time, he’s joined by a group of ambitious recruits and his charming robot companion cat, Sox. Complicating matters and threatening the mission is the arrival of Zurg, an imposing presence with an army of ruthless robots and a mysterious agenda.

Keke Palmer, Taika Waititi and Dale Soules lend their voices to the Junior Zap Patrol’s Izzy Hawthorne, Mo Morrison and Darby Steel, respectively, and James Brolin can be heard as the enigmatic Zurg.

In this article:Lightyear, Tim Peake