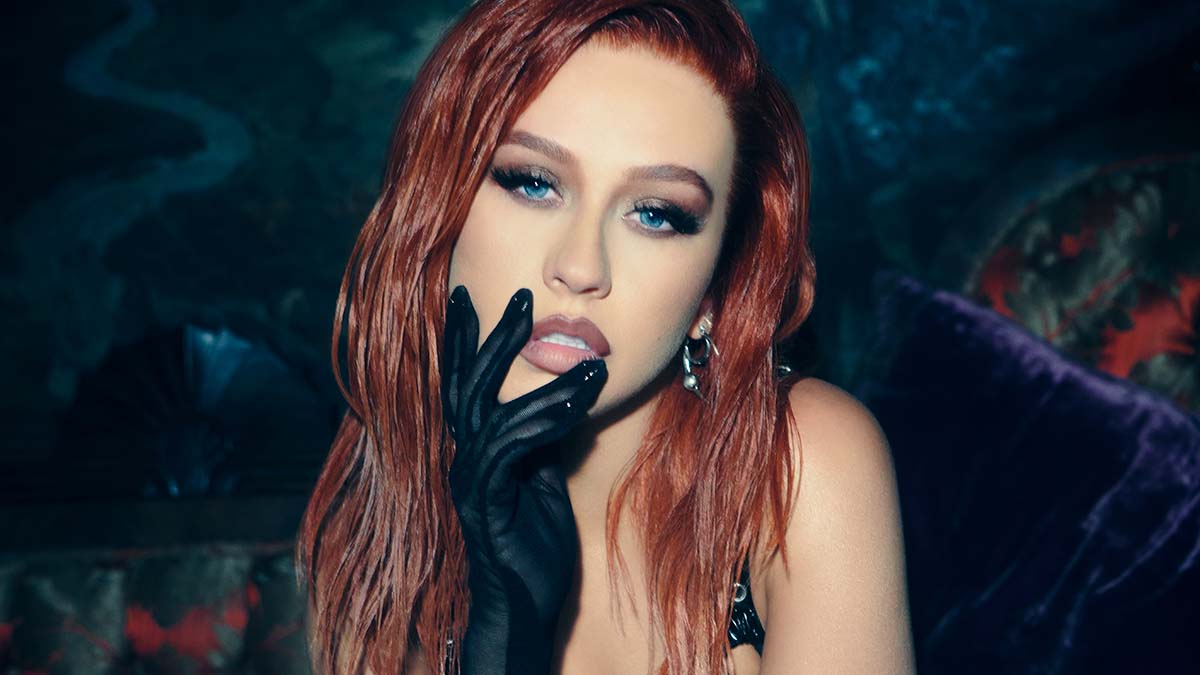 A year after the release of her self-titled debut album, Christina Aguilera released her debut Spanish-language album ‘Mi Reflejo’ (My Reflection). A mixture of songs from her debut recorded in Spanish and new tracks, the album went on to win a Latin Grammy Award for ‘Best Female Pop Vocal Album’ in 2001. Since then, Aguilera has talked about returning to Spanish music in the future but it’s taken her 22 years to do so. After teasing new music with the release of ‘Pa Mis Muchachas’ (For My Girls), a collaboration with Becky G & Nicki Nicole featuring Nathy Peluso, Aguilera has released new 6-track EP ‘La Fuerza’ (The Strength).

Where ‘Mi Reflejo’ stuck to pop, R&B and traditional Spanish instrumentation, ‘La Fuerza’ sees Aguilera embracing a wider variety of sounds while tapping in to the sounds that are dominating the Latin charts right now. ‘Pa Mis Muchachas’ features a guaracha style beat, drawing inspiration from Cuba and delivering a song that’s as infectious as it is powerful. Teaming up with leading Spanish female artists is a smart move for Aguilera, and it works well for the purpose of this song.

The second track to be released, ‘Somos Nada’ (We Are Nothing), is a shift in gears showcasing Aguilera’s trademark powerhouse vocals accompanied by piano. While there’s no denying the song is powerful, it highlights an issue I’ve often found with Aguilera. We all know she’s an incredible singer but sometimes she pushes her voice past the point of it being pleasant to listen to. Unfortunately, she does that here (and in several other places on the EP), which is a shame as when she softens her tone, she sounds stunning.

EP opener ‘Ya Llegué’ (I’m Here), borrows the reggaeton sound that has made the likes of Maluma, J Balvin and Bad Bunny worldwide superstars. Aguilera excels delivering off-beat rhythms with her vocals as she navigates the beat. It’s a strong opener and even manages to interpolate a portion of ‘Genio Atrapado’ the Spanish version of her breakthrough hit ‘Genie in a Bottle’.

The EP’s strongest moment comes on ‘Santo’ (Holy) featuring Ozuna. The song is the latest single from the collection and it’s another exploration of reggaeton. It has a pumping beat that will see it spreading throughout the clubs in Latin America, and across the globe. Ozuna’s distinctive voice, which has made him one of the biggest stars of the genre, works well with Aguilera’s, and the song is undeniably catchy.

For the final two moments ‘Como Yo’ (Like Me) and ‘La Reina’ (The Queen), Aguilera continues to explore different sounds. ‘Como Yo’ borders on dancehall with a persistent beat and repetitive refrain. Aguilera switches between seductively speaking her lyrics and singing them. For ‘La Reina’, Aguilera tries on ranchera, a traditional style of music that hails from Mexico. Interestingly it’s one of the strongest moments on the record and a showcase for what she can do as a vocalist when she exercises more vocal control and less inclination to scream. Her vibrato here is incredibly and less painful than the belts on ‘Somos Nada’.

‘La Fuerza’ is the first of three Spanish EPs Aguilera is planning to release over the course of the year and it’s a strong start. Hearing her singing in Spanish again is a joy and this collection of songs is better than anything she’s released in years. I can’t wait to hear what else she has coming but I just hope she uses that powerful voice of hers in the right way and pulls back a little more.