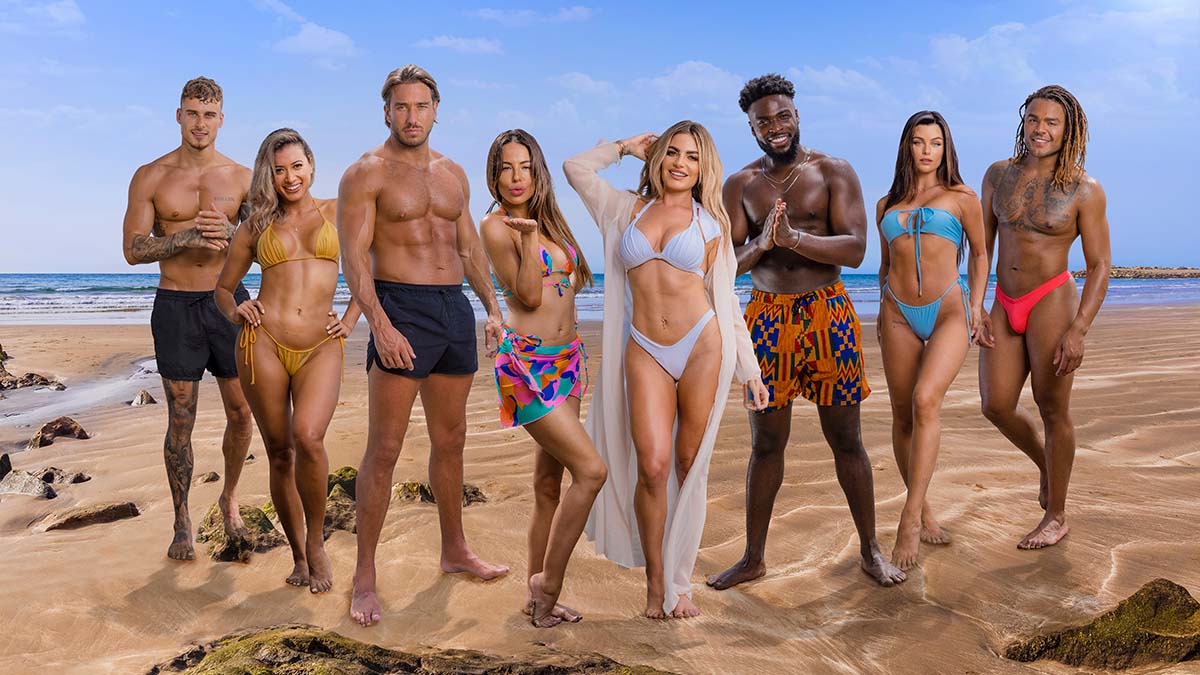 MTV has unveiled the cast for the impending series 2 of ‘Celebrity Ex on the Beach’.

The new series will see the celeb singles arrive at a Gran Canaria villa looking for love and awaiting their fate with the arrival of their exes.

The bronzed babes will be paired up and pulled apart by the Tablet of Terror.

This series includes a shocking new twist in the form of the Shack of Secrets, causing havoc among the villa by unveiling new exes and dishing out secret missions when our celebs least expect it!

Find out more about the celebrity cast…

A’whora, also known as George Boyle, is a London-based drag queen best known for appearing on the second series of ‘RuPaul’s Drag Race UK’. A true fashion queen, A’whora designs all of her own outfits and has designed for some of the biggest names within the fashion industry during her career. Since appearing on the show, A’whora has gone on to sign multiple modelling contracts and brand deals, as well as appearing in a Little Mix music video.

‘Lockie’ is famous for his role on ITVBE’s ‘The Only Way Is Essex’. Since joining TOWIE in 2013, the 34-year-old has been known for his turbulent relationships but has now changed his ways by focusing on his career and health and fitness business. He has also starred on several other television shows such as Evil Monkeys (2018), Your Face or Mine (2018), MTV Cribs (2019) and Celebs Go Dating (2020).

Australian-born KC first appeared on screens in ‘Married at First Sight’ (Australia) but was never a stranger to the glitz and glamour of the spotlight. Before starring in the show, KC spent 10 years in L.A. where she recorded music with Christina Millian and performed as part of the Pussycat Dolls Burlesque Group in Las Vegas.

Kaz Crossley is a fashion, beauty and fitness influencer best known for appearing on Love Island as a Casa Amor bombshell. After leaving the villa, Kaz has become an ambassador for GymKing & Boohoo as well as launching her very own brand of hair accessories, ‘Kazbands’ in ASOS. Kaz has also hosted podcasts and events for the likes of the BBC.

Kori Sampson became an overnight star after appearing in Netflix’s ‘Too Hot to Handle’.  The down-to-earth Plymouth lad swapped the building site for sunshine and stardom and has never looked back. He made such a big impression on the viewers he is now one of the most sought-after social influencers on both sides of the Atlantic, and with a keen interest in fashion and fitness he has been a brand ambassador for the likes of Boohooman, Protein World and Fashionova.

Megan Barton-Hanson is best known for her appearance in the 2018 series of ‘Love Island’. As well as being an ambassador for some of the leading global brands, Megan has since made a name for herself as a mentor for modern women. She writes a sharply-written column for VICE magazine about sex, relationships and self-love and also hosts her own chart-topping podcast ‘You Come First’ which focuses on her candid and unapologetic approach to life.

Michael Boateng appeared on the sixth series of ‘Love Island’ in 2020, after a career with the police and playing professional football. Michael played at Sheffield United FC during his football career but his passion has always been the creative arts, Michael is currently focused on acting and scriptwriting.

Nathan Henry is one of the stand-out stars of MTV’s hit reality show ‘Geordie Shore’. Nathan has been part of the Geordie Shore family since 2015, initially joining the show as a bisexual and shortly after coming out as gay on the show, and speaking openly about it after in an interview with Gay Times. Nathan has also appeared on many other TV shows displaying his natural talent and is the co-host of the Geordie Shore podcast.

Sofie Karlstad is one of Norway’s biggest influencers and has been in the industry since she was 12, starting out with a successful blog and then growing her following on Instagram. Sofie appeared on the first series of Swedish ‘Love Island’ as well as reaching the final of ‘Paradise Island’ and has her own sportwear brand ‘Peechy’.

‘Celebrity Ex on the Beach’ Series 2 is coming to MTV soon.

In this article:Celebrity Ex on the Beach, MTV