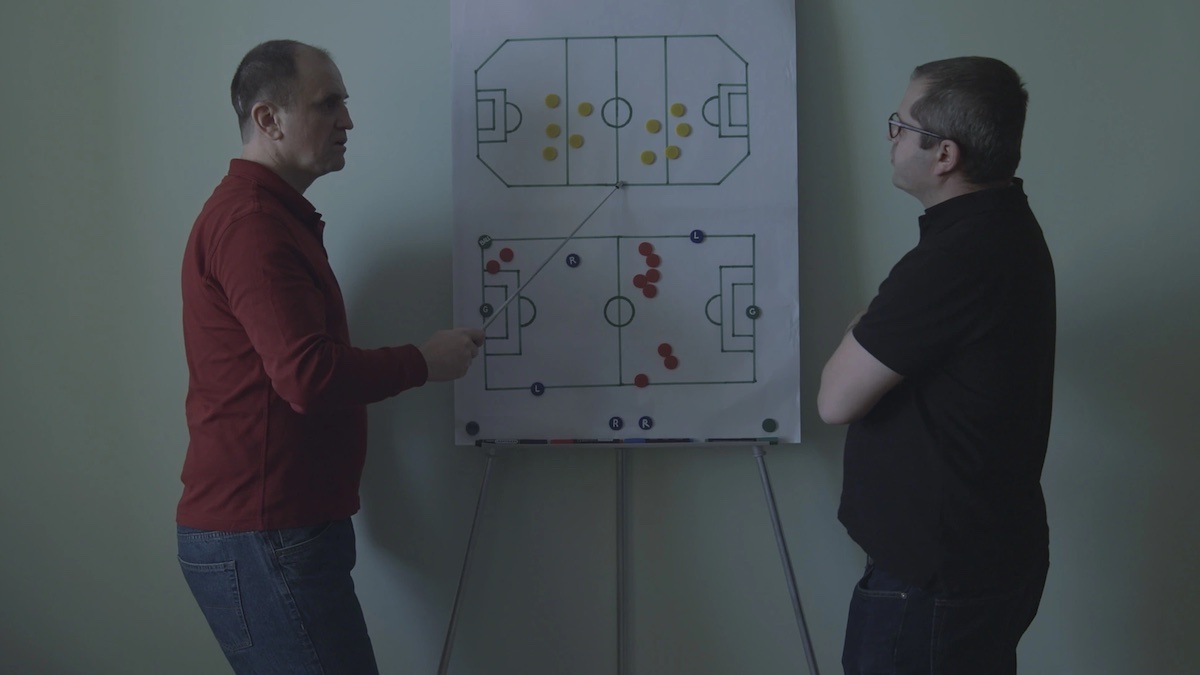 The cult, boutique blu-ray label ANTI-WORLDS brings us its latest releases this month, which includes the deadpan documentary ‘Infinite Football’ from Romanian director Corneliu Porumboiu. As we’ve come to expect from this fledgling label, the disc is immaculately curated, and comes packed with special features to compliment this intriguing character study.

‘Infinite Football’ finds the director conducting a series of interviews with Laurentiu Ginghina, a childhood friend of his, who has plans to change the rules of football. He has spent more than a decade trying to promote his vision for the game to FIFA, and the domestic Romanian FA, but to no avail.

Laurentiu was badly injured playing football as a young man. A horror tackle left him with a broken leg, which wasn’t properly treated. We’re never given any real indication of how good a player he might have been, but the implication from his story is that a potential career was cut short before it even began. He’s now a bureaucratic council worker, and has funneled all of life’s many disappointments into his singular quest to change the rules of football.

These include removing the corners to create a more octagonal shaped pitch to improve the flow of the game, and to split the pitch into specific quadrants where sub teams of attackers and defenders are confined. His theory is that it will upgrade the game by making the ball move faster. Whilst he is trying to reignite interest in his proposal—he manages to get an indoor trial game played, where a coach tells him we already do this as a training drill—Laurentiu is contending with his drab office worker existence, which leads to the film’s most absurdly funny scene.

‘Infinite Football’ could almost be a mock documentary at times. There’s a low-key level of deadpan satire to the film, and some very dry comedy – though one suspects much of this will be lost on viewers outside of Romania. However, it’s also slyly political, philosophical, and deeply human. Laurentiu sees his quest as a conflict of rules versus freedom. A man standing up to the system. It is no coincidence that his life changing injury came just before the monumental events of the Romanian revolution. Don’t be put off by the title if you care nothing about the beautiful game. It’s not really about football at all.

The disc—number 9 in the ANTI-WORLDS collection—is well populated with extras. The main event is ‘The Second Game’, Porumboiu’s 2014 documentary about the Bucharest derby (Steaua vs Dinamo) from December 1988. There’s also a brand new 25-minute interview with the director, a 30-minute post screening Q&A, the theatrical trailer, and a booklet with new writing on the film, and a director’s statement.

In this article:Anti-Worlds, Infinite Football