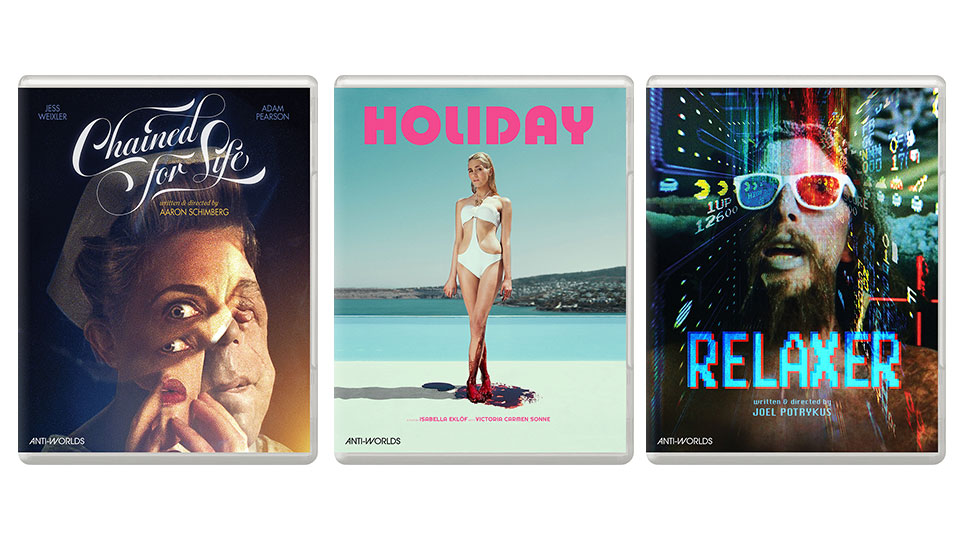 Andy says, “It’s great to be able to start to release films that excite us all. We are all huge film fans and have for a long time wanted to find a way to bring together production and distribution. Having spent many years working on our own and other people’s films – we wanted to create a distribution network where the filmmakers collaborated very closely with the distributors allowing both parties to take advantage of the new cinema landscape and viewing methods. Our hope is to bring a slate of wild, entertaining, exciting and provocative films to the UK.”

Find out about each of the releases below:

Aaron Schimberg’s impressive second feature is his response, as a filmmaker with facial deformity, to cinematic portrayals of disfigured people, from Freaks to The Elephant Man. Simultaneously empathetic and sardonic, Chained for Life’s multi-layered meta-narrative casts Jess Weixler (Teeth) as Mabel, a well-intentioned Hollywood star. She takes the role of a blind woman in a hospital-based horror movie about abnormalities, directed by an egomaniacal German filmmaker. As shooting progresses, Mabel gradually falls for her friendly British co-star Rosenthal, played by Under the Skin actor Adam Pearson.

This controversial drama, passed fully uncut by the BBFC, tells the story of the trophy girlfriend of a Danish drug lord who sets a dangerous game in motion when she seeks the attention of another man whilst on vacation in the Turkish Riviera. Included in the Hollywood Reporter’s list of the ‘Best 20 Films from Sundance 2018’, and in IndieWire’s list of Sundance standouts that deserve to find distribution, the film has met with critical acclaim all around the world. Director Isabella Eklöf was also selected in the ‘10 Directors to Watch’ list by IndieWire.

Set on the eve of Y2K, Relaxer is a mind-bending drama about a young man who is tasked by his overbearing brother to get to level 256 on the classic computer game Pac-Man, and not to leave his couch until he does. Inspired by Luis Buñuel’s absurdist classic The Exterminating Angel, the film premiered at the 2018 South by Southwest festival, and won the Best Actor award at that year’s Fantasia Film Festival.

To celebrate the releases we’ve got 1 bundle to give away that includes Blu-ray copies of Chained For Life, Holiday and Relaxer. Enter below for a chance to win…