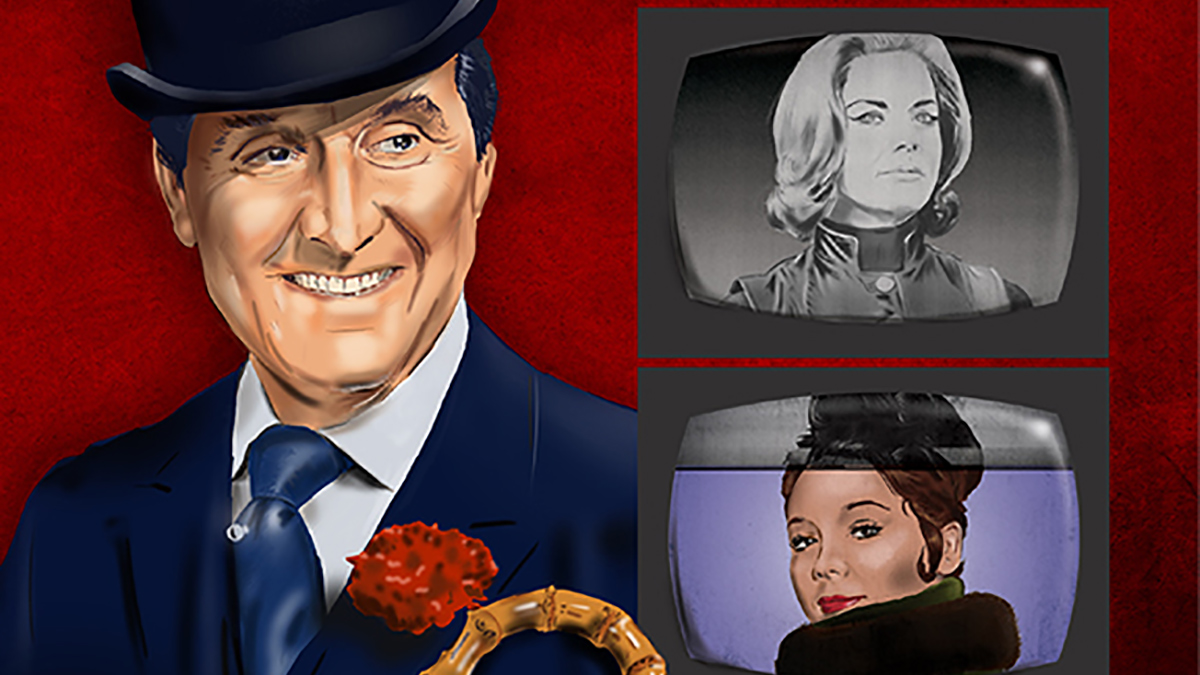 ‘The Avengers’ and its sequel ‘The New Avengers’ were among the most distinctive television series of the 1960s and 70s. Throughout that time it reinvented itself whilst always retaining its quirky, camp, fun and quintessentially British essence. Naturally, ‘The Avengers’ has attracted a devoted fan following from successive generations ever since it first hit our TV screens.

‘Stay Tuned to the Avengers’ is a fabulous celebration of that best-loved TV series. It comprises a dive into the archives, offering a compilation of interviews, articles and thought-pieces from the Avengers magazines ‘On Target’ and ‘Stay Tuned’, written by Dave Rogers. The author doesn’t merely provide reflections and analysis on what made the series so great, but grants readers access to the top talent behind the show.

Naturally, in the decades since the magazines were printed, many of the original artists are now sadly no longer with us. ‘Stay Tuned to the Avengers’ is in part a tribute to their legacies, providing fans with insights into what being part of the show meant to them. In 2020, ‘The Avengers’ lost Honor Blackman and Diana Rigg. The book boasts interviews with both brilliant and acclaimed actresses who brought kick-ass screen heroines Cathy Gale and Emma Peel to life. Patrick Macnee, the mainstay of the show as the iconic bowler-hatted, umbrella-carrying John Steed, also provides his reminiscences.

There are lovely interviews too with Linda Thorson, who was clearly somewhat conflicted about her time on the show, and Patrick Newell (Mother), who was already in ill-health and sadly died not long afterwards.

Perhaps the most interesting interview is a three-parter with Brian Clemens, who created the show and contributed many of the episodes. Something of a prolific writer with a prodigious imagination, he was the brains behind many classic TV series. He offers reflections here on his more contemporary (at the time of the interview) hit ‘CI5: The Professionals’, as well as his time working with other legends of cult British TV such as Patrick McGoohan.

Fans who enjoy behind-the-scenes stories will also relish an in-depth interviews with stuntwoman Cyd Child and composer of that famous theme tune (and much incidental music) Laurie Johnson. They will also be able to appreciate the analysis of the series and reflections on its history that are peppered throughout the book.

The articles seem to have been faithfully recreated from the original magazines. This means that across the pages there is a mix of typefaces, and some of the photographic reproductions (such as production images and related TV Times covers) are low-resolution. This does provide a nostalgic charm for those of us who remember magazines of the era. For established fans of ‘The Avengers’, ‘Stay Tuned to the Avengers’ is a treasure trove of behind-the-scenes information, anecdotes from the stars and thoughtful takes on what made the show so memorable. There is a niche audience who will relish this book, though it helps to be a fanatic to get the most out of it. There are sections dedicated to the very earliest and mostly missing Ian Hendry series and it briefly touches on ‘The New Avengers’, which teamed up Macnee with Joanna Lumley and Gareth Hunt for another two seasons of adventures in the mid-70s.

‘Stay Tuned to the Avengers’ is produced to a very high standard in large-format hardback. There is a striking full-colour cover image of the main cast by Andrew Parsons, which features a deadly Cybernaut on the reverse. The inside pages are black and white, and printed on glossy paper. Kathy Siney’s full-page pencil portraits of Steed and each of his three leading ladies embellish the tome at front and back. There are introductions by author Dave Rogers and editor Mark Witherspoon, which recount the illustrious history of the fan magazines. Touchingly, Brian Clemens’ son Sam provides an affectionate afterword about his beloved father’s legacy – and how ‘The Avengers’ live on! ‘Stay Tuned to the Avengers’ is a well-researched, affectionate and very readable tribute to an enduringly popular cult phenomenon.

All profits from ‘Stay Tuned to the Avengers’ will be donated to Holding On Letting Go, a Kent-based charity that helps children to cope with the death of someone close to them.