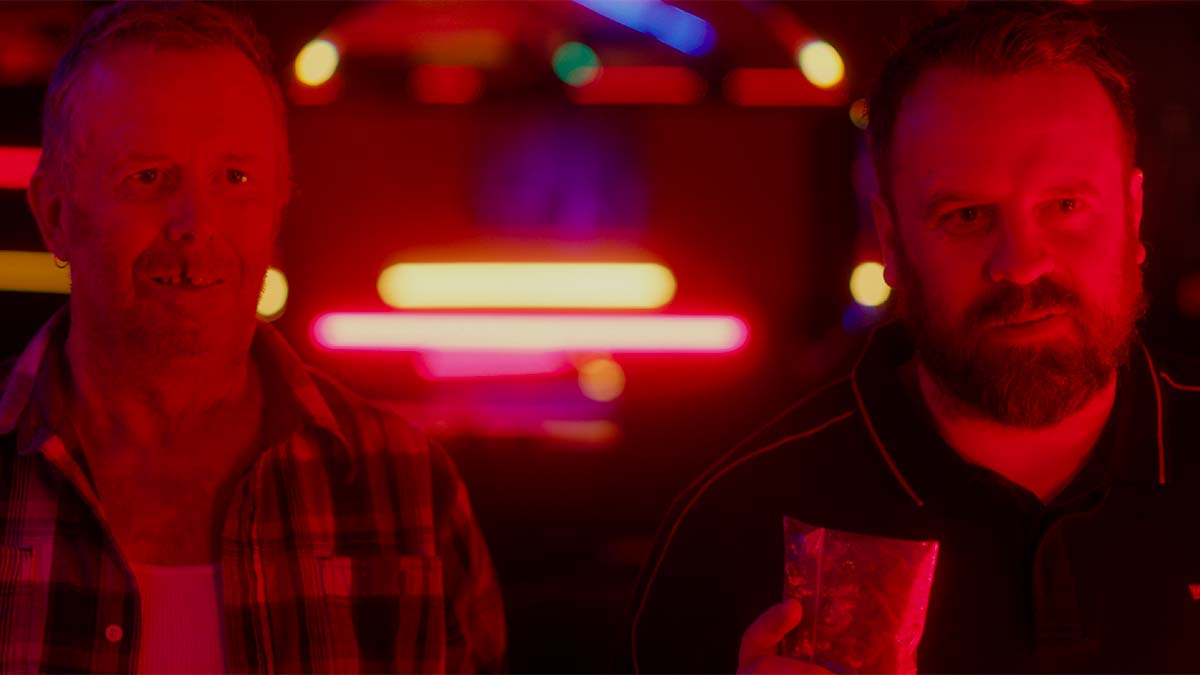 Brothers Cal (Simon Phillips) and Terry (Doug Phillips) spend their days grifting in Las Vegas carrying out a variety of scams and cons. When Terry’s actions land the brothers in a $30,000 debt to a mobster, which is then taken over by a mob boss, they are given a week to come up with the money or face being murdered. In desperation the brothers decide to dig up the corpse of Charlie Chaplin and ransom it to clear their debt but it’s not as easy a task as they expect.

‘Stealing Chaplin’ is directed by Paul Tanter and it’s based on a true story. For this big screen outing, the events have been moved to Las Vegas giving the film an ‘Ocean’s Eleven’ feel while delivering a dark comedy heist tale. The film takes a while to get into with the brothers being established before the main plot really comes into play. It’ll depend on how much you enjoy bickering and banter as to whether you stick with it, but once the action gets going there is plenty going on.

Ticking off plenty of tropes in the heist genre, ‘Stealing Chaplin’ perhaps succeeds most with its comedic endeavours. There are some very funny moments in the script and had the film leaned a bit more into its comedy side, it may have been a bit stronger. Another aspect of the film that works is the emphasis on Cal and Terry being petty grifters who find themselves completely out of their depth. They may be able to figure out how to steal Chaplin’s body but they aren’t prepared for the shitstorm that rains down on them once they do, and watching them deal with that is an entertaining element of the story.

With an overly busy story that often loses focus, the thing that will keep you hooked is the banter between actors Simon Phillips and Doug Phillips as brothers Cal and Terry. Even when the plot leaves you with far too many unanswered questions, the chemistry between the two actors is enough to hold your attention. They have a clear shorthand with one another and watching them is the most interesting aspect of the film.

‘Stealing Chaplin’ is an entertaining but muddled crime caper. There are plenty of ideas here but the film would have benefitted from more focus and a streamlined screenplay. There are clear nods to plenty of films from this genre that have come before and if you like a good heist movie, then you’ll likely find enough to enjoy here. All in all, ‘Stealing Chaplin’ shows plenty of promise but it would have benefitted from stripping the story back and focusing on the main plot strand rather than trying to introduce too many different sub-plots.