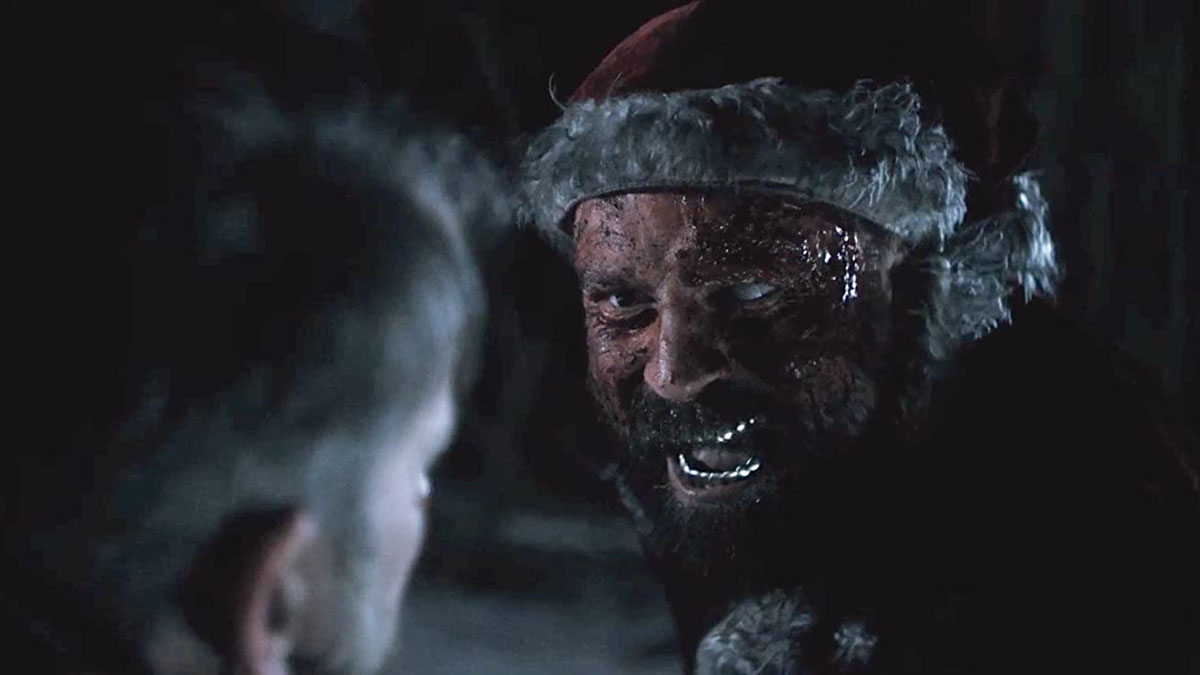 Serial killers Santa (Simon Phillips) and Mrs. Claus (Sayla de Goede) resurface three years after their killing spree and come after Courtney (Keegan Chambers), one of the survivors. With Courtney’s location under wraps, the killer couple start working their way through the people that can lead them to her as they try to evade strong-willed FBI agent Natalie Parker (Kate Schroder), who is on their tail. Leaving piles of bodies in their wake, can Natalie stop Santa and Mrs. Claus once and for all?

‘The Nights Before Christmas’ is the sequel to 2017’s ‘Once Upon a Time at Christmas’ and I have to admit, I hadn’t seen the first one before watching this new film. The first thing to note is that aside from the two killers, the rest of the returning characters are played by different actors than the previous film. The second thing to note is that you really don’t have to have seen the original film to enjoy this one as there’s plenty of scene setting and you’ll pick up the gist quite quickly.

This sequel is essentially a popcorn slasher with some satisfying kills and a solid enough storyline. The focus shifts from Courtney, for the most part, to concentrate on Agent Natalie Parker who utilises everything at her disposal to track down the killers and make them pay for their crimes. As is to be expected, there are wrong turns, a few surprises and lots of gory kills along the way. The bodies pile up quickly, with the killers carving ‘naughty’ onto the foreheads of those that they seek revenge on and that’s the first clue for Agent Parker that she may not have fully understood the motives of the killers.

There are some issues with the film. The acting ranges from solid to wooden, there is a fair amount of clunky dialogue and in true horror tradition, there are some truly atrocious decisions made by characters that should know better. Interestingly, none of these things bothered me in the slightest. Simon Phillips and Sayla de Goede’s double act as Santa and Mrs. Claus is wildly entertaining, with the latter clearly inspired by DC’s Harley Quinn, and the best moments are when they’re on the screen.

‘The Nights Before Christmas’ is a pure popcorn horror and there’s nothing wrong with that. The film was better than I anticipated it being and overall, I found it to be very enjoyable. Judging from the way the film ends, a third instalment is in the works (or at least planned) so audiences may get the chance to spend even more time with the deranged killers. If you like your horror with a bit more of an old-fashioned stalk-and-slash feel, then you’ll want to check this out.