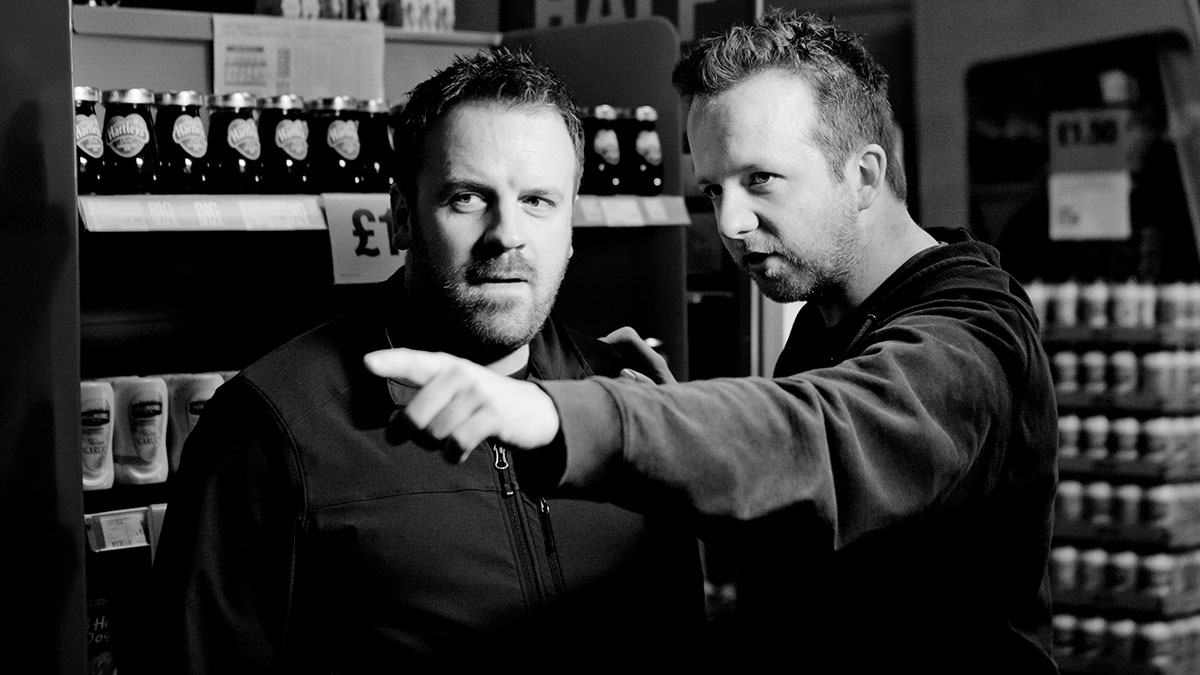 In 2017 film-maker Paul Tanter released his holiday-themed horror ‘Once Upon a Time at Christmas’ and this weekend, the follow-up ‘The Nights Before Christmas’ will have its World Premiere at Arrow Video FrightFest.

A violent and bloody horror with a sense of fun, the film is sure to kick-off the countdown to Christmas and delight horror fans at the same time.

I spoke to Paul recently to talk about making the film, discuss how it continues from the first film, and to find out just how cold the shoot was…

Yeah, three years. We made The Nights Before Christmas last year as it was leading up to Christmas time. It’s not the quickest sequel, but not the longest either. I think three years is a decent time for a sequel.

So, did you always have an eye on making a sequel then?

Myself and the producer, Simon [Phillips], when we were making the first one we talked about the idea of continuing the story because in the first film we sort of hint at Mr & Mrs Claus’s backstory, how they ended up becoming the serial killers that they are. So, when the first film did decent numbers on DVD and online and also we had a lot of fun shooting it, cold weather notwithstanding, we thought it would be a nice idea to come back and continue the story of the characters. In ‘The Nights Before Christmas’ it plays on with the same characters, but we very deliberately made it that you don’t need to have seen the first one to get this one. You can kind of join this one cold, as it were. So, it is a follow on but not strictly a sequel. We really liked the idea of exploring Mr & Mrs Claus’s backstory. So, in this one you see the origins of how they met and became the crazy people that they are. Also, we are carrying on the story in the present as they are going after the survivors of the first film. In the best traditions of horror movie sequels, we tried to make everything bigger and bolder. More kills. More blood.

Well, it is a horror slasher film and you have to wear that proudly on your chest. So, anyone who isn’t needed at the end has to have a target painted on their head somewhere [laughs]. Also, it is an opportunity to be as inventive as possible in means of dispatching people. We had a decent variety of kills in the first one. When it came to the second Mr & Mrs Claus have favourite weapons yet we wanted to mix things up in a variety of ways to get rid of people. Which is why we have things like Santa Claus bringing down a tree on people.

What were the inspirations for Mr & Mrs Claus’ origins story?

Are you wanting me to use the words ‘Joker and Harley Quinn’ here? [laughs] There are various inspirations for those characters and it is fair to say that there is a great deal of Harley Quinn in there. With Santa there is Joker along with some other characters. There is a bit of Hannibal Lector too. When it came to the origins of them, we already had the characters in the first film there on-screen. We hinted at backstory but we just tried to make them as large as life as possible in the first one. So, in this one we are going back and looking at reasons why they have become the way they are. In that regard we are showing they are bad people but they are bad people for a reason. They are fucked up but they’ve kind of been fucked by a system that abused them in a lot of ways.

Going back to you talking about the cold weather. This one looks like it was a very cold shoot. Was it?

It was. When you are going through something it is like hell on earth. But once you finish your brain kind of sweeps those memories aside and all you remember is the fun stuff. On this film, and on the previous one, it was really, really, really cold outdoor filming. There was night shoots was well as some stuff we shot during the day. Both of them were filmed in Canada in the winter where it gets down into the minus double digits. The first thing we shot was the sequence where Santa goes after Mrs Claus who was taken away in an FBI convoy. The night before we were due to shoot that there was no snow. It had been predicted all week, and we needed snow because no snow means it isn’t going to look like Christmas. You might as well have filmed it in summer [laughs]. We went to bed that night and then woke up the next morning and there was two-foot-high of pristine, virgin snow. The fluffy, beautiful stuff that looks like a Richard Curtis film or a Christmas card. It was like that. It was perfect. It looked absolutely fantastic. But, unfortunately, it was very, very cold.

What do you think the obsession is with horror films being set at Christmas time?

I think, in essence, it is partly because it is a happy time. There is a nice sort of counter balance between the blood and the killing and the evil of the serial killers or the monsters against this time of hope and joy and goodwill to all men on earth. I think that’s why seasonal slashers tend to be quite popular. Not just Christmas ones but Valentines ones as well. I do think it is that counter balance between carnage and hope. Also, blood looks fantastic on snow. So, it is the perfect time of year to combine virgin snow with blood gushing all over it.

Will your family be sitting down to watch ‘The Nights Before Christmas’ on Christmas Eve?

(laughs) I think if the family are going to sit down and watch it then they should make sure any kids who are in the room aren’t too young. Maybe warn Nan before you put it on (laughs).

Any word on making a third film with Mr & Mrs Claus?

There have been tentative discussions. In my time I’ve done a few trilogies and I’m always a fan of continuing characters stories. Santa and Mrs Claus are such fun characters to write and to bring to life on the screen. At the moment there are tentative plans to bring them back. The first film had them terrorising a small town. This sequel has them terrorising people in the big city. So, we are thinking with the third one we may do something slightly different, the merging of a slasher with a siege movie. So, Santa and Mrs Claus involved in a siege in a large toy shop. That’s the potential next instalment.

When are you sending them into space?

(laughs) Maybe. Maybe. In space or we find that they time-travel back to the middle ages and they are the ones who create Christmas (laughs).

‘The Nights Before Christmas’ will have its World Premiere at Arrow Video FrightFest on Sunday 25th October 2020 at 7.30pm. For more information and tickets, please visit www.frightfest.co.uk.

In this article:Arrow Video FrightFest, Featured, Frightfest, Paul Tanter, The Nights Before Christmas