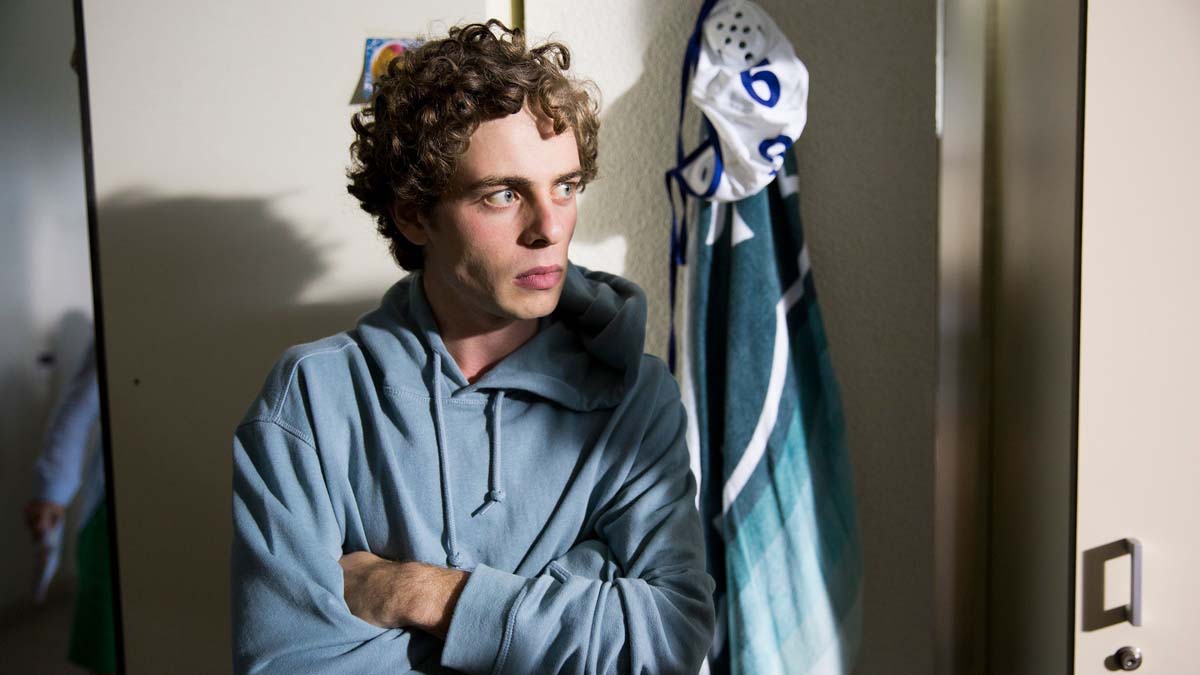 Not Knowing from TLA Releasing on Vimeo.

Umut (Emir Ozden) is popular at school and part of the swimming team but when he comes to the defence of another boy, rumours start to circulate that he’s secretly gay. Refusing to confirm or deny the rumours, the pressure mounts on Umut and his anger begins to rise. At the same time his parents Selma (Senan Kara) and Sinan (Yurdaer Okur) are trying to work through difficulties in their marriage when they realise they can no longer stand to be around one another. With the attention on themselves, they fail to see that Umut is spiralling and are shocked when he suddenly disappears.

‘Not Knowing’ is a contemplative film by Leyla Yilmaz that tells a simple story but leaves plenty for the audience to conjure up in their minds. The central storyline surrounding Umut is never given a definitive answer so you’re no further on to understanding him by the end of the film than you are at the beginning. Most of Umut’s scenes are wordless and/or confrontational with his team-mates but the film never truly digs into the story it’s trying to tell. By placing the emphasis on the audience to fill in the blanks (of which there are a lot), the chances are viewers will feel cold by the time the credits roll.

Getting slightly more attention are Selma and Sinan, Umut’s warring parents whose relationship appears to have run its course. Barely able to stand each other anymore, both are happy to lay blame at the feet of each other while refusing to accept responsibility for their own parts in the breakdown of the marriage. Their focus on themselves and each other means they don’t recognise what is happening to their son, and as he further spirals they are too blinded by their resentment towards each other to do anything about it.

While the plot leaves plenty to be desired, the performances from the three leads are all strong. Emir Ozden in particular impresses as Umut, often communicating only through body language and facial expressions rather than words. Had Ozden been given stronger material to work with, he would have really been able to shine here but it’s true to ay he does a good job with what he’s been given.

‘Not Knowing’, for me, is too sleight a film. There’s not enough meat on the bones of the story and the ponderous nature of it left me wanting a deeper and more satisfying story. The film is anchored by solid performances but the lack real depth to the storytelling makes it feel unsatisfying. There’s a good story in there and I just wish that Yilmaz had been bolder, digging deeper into the characters so the audience had a little more to grip onto.