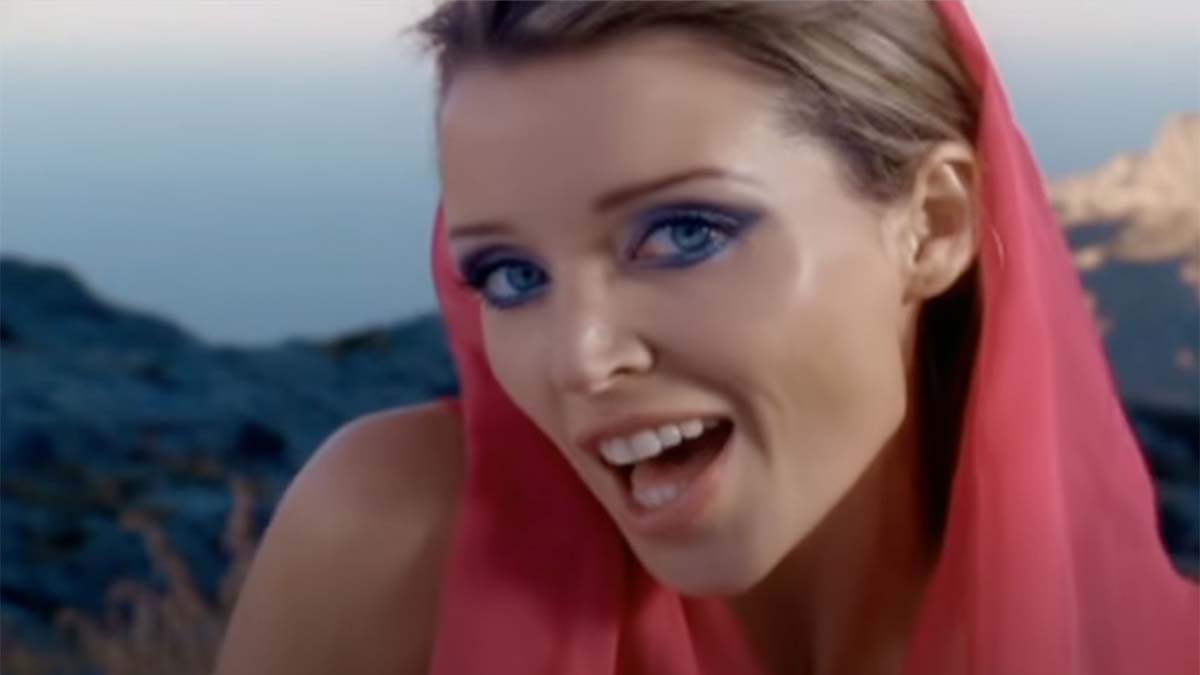 To celebrate Dannii Minogue turning 50th today, I’ve delved into a back catalogue that boasts 19 UK Top 40 hits and five studio albums (not to mention some retrospective rarity releases) to pick my personal Top 50 tracks.

Dannii’s recording career really kicked off in 1990 with the release of her debut solo single ‘Love and Kisses’ in Australia. At a time when big sis, Kylie was making bubblegum pop, Dannii clearly wanted to go for a more American R&B influenced sound. Her debut single and much of it’s parent album, give nods more to Janet Jackson and Paula Abdul in their sound. In the UK, we’d have to wait until 1991 when a new more Europop version of ‘Love and Kisses’ was released and gave Dannii the first of nine Top 10 UK hits.

The album ‘Love and Kisses’ also went Top 10, spawned five Top 40 hits and was certified Gold in the UK. Her second album, ‘Get Into You’ was released in 1993 and gave us five more singles, this time a mix of pure pop and more laidback R&B vibes as well as the rockier title track.

In 1995 Dannii recorded a host of demos but the album wasn’t released until much later on when ‘The 1995 Sessions’ was put out in 2009. This would’ve been the start of Dannii’s sound moving into dance music. Instead, us fans were left unaware that it existed at the time but still got the dance diva in 1997’s epic ‘All I Wanna Do’ and the accompanying ‘Girl’ album.

2003 saw Dannii release her most critically acclaimed album to date in the 80s referencing, dance-pop-funk-electro of ‘Neon Nights’ which was also certified Gold in the UK.

Dannii’s next release was to come out on dance label All Around The World but the planned album, ‘Club Disco’, got paused in favour of her first UK singles compilation ‘The Hits and Beyond’. It featured 15 of her UK Top 40 hits as well as five brand new tracks which would’ve been on ‘Club Disco’. The latter did then get released in Australia in 2007 as well as a digital release in the UK.

Several special editions and rarities have been released since with previously unheard mixes, demos and full songs. It hasn’t been easy to choose but here are my Top 50 Dannii tracks, from 50 to 41:

Released in October 2005, ‘Perfection’ makes clever use of a sample of the disco classic ‘Turn The Beat Around’ as Dannii teams up with DJ/producers The Soul Seekerz. It just missed out on a Top 10 placing in the UK when it peaked at No.11.

A surprise release from Dannii in 2015, ‘Summer Of Love’ followed Dannii headlining Sydney Mardi Gras a month before. The first version that was made available was the extended mix, but a full remix bundle was later released. A out and out house track, this one was definitely made for the clubs.

A funky cut from Dannii’s debut album ‘Love and Kisses’ dealing with a lover who is messing you around. Dannii even channels her inner Elvis as she sings “You ain’t nothing but a Hound Dog”.

A previously unreleased ‘Neon Nights’ era track that became a bonus track on the 2007 special edition reissue, this track was written by Dannii with Ian Masterson and Terry Ronald. A hi-energy track with Dannii cooing over the beat, it was perhaps a hint of what was to come with ‘Club Disco’.

Talking about A-double T-I-T-U-D-E, Dannii showed she meant business with this track on her debut album ‘Love and Kisses’. Recorded in New York, Dannii shows off her rap skills!

A surprise release in the summer of 2017, this track is a duet with Jason Heerah. He was a contestant on X Factor Australia though Dannii was not his mentor. A soulful, dance-pop track that Dannii co-wrote.

In 2017, Dannii teamed up with Tina Arena to reimagine the latter’s 1994 hit for Tina’s Greatest Hits in 2017. Completely modernising the track with hints of tropical house, it stands up on its own merit.

From the album that never was, ‘The 1995 Sessions’, this track is definitely of its time production wise. It shows how Dannii started to become a club queen with its mid90s dance beats.

A duet with big sister, ‘100 Degrees’ the track was written for ‘A Kylie Christmas’ and breaks tradition to give a disco banger. With Xmas being a sunny affair in Australia, this song is for all the fans in Oz. A non-Christmas version which changed the line ‘It’s still Christmas to me’ to ‘It’s still Disco to me’ was released the following summer.