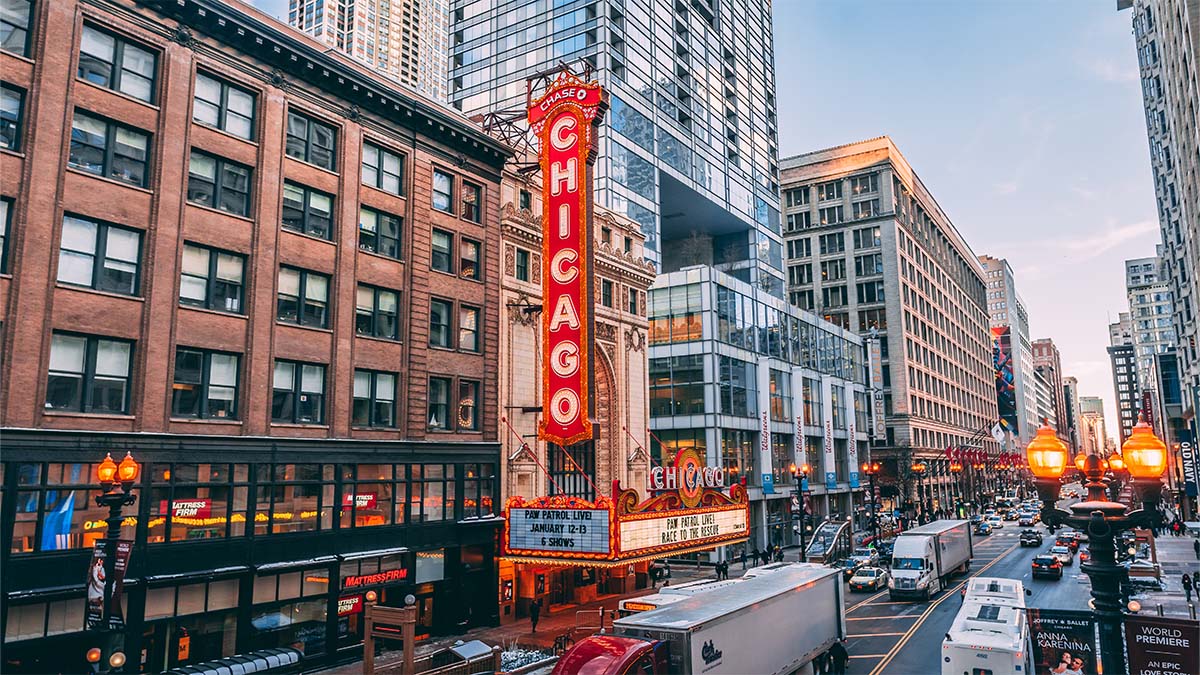 It’s always exciting when you are moving to a new city, but there are very few places out there like Chicago. The Midwest’s crowning jewel, known as the Windy City to everyone except people from Chicago, is one of the most exciting, beautiful and vibrant places to live in the United States. It doesn’t matter if you work in finance or you are pursuing a career in music, there is something for everyone with an amazing range of neighborhoods, lifestyles and attractions.

One of the biggest myths out there is that you need to be based in New York or LA if you are going to break into acting, music, performing or other arts-based careers. Thanks to the pandemic, we have all learned that your location might not matter as much as your ability to perform, your determination to get the skills that you have out there and putting the time and effort in to succeed. Chicago may not have the reputation for being where you need to be to start a music career, for example, but there’s a reason why so many people are choosing to put down roots there.

If you want to live somewhere with a thriving arts scene where you can also make the most of your downtime absorbing some amazing culture and taking in everything that a metropolitan city has to offer, all without breaking the bank, then Chicago could be the perfect choice. Here are just a few reasons why.

Chicago Has A Wide Range Of Neighborhoods

Anyone looking to get into a career in entertainment generally must face the reality of living in a bad neighborhood in a terrible apartment at some point. Sure, we have all seen those movies and TV shows where struggling actors live in enormous penthouses, but the chances are that unless you somehow inherited that, you aren’t going to be so lucky.

However, one of the big appeals of living in Chicago compared to Los Angeles or New York is that you won’t be looking at such high prices for a rented apartment. Now, to be clear, Chicago is not the cheapest city out there but the chances of you finding a good apartment in a decent neighborhood are higher. What’s more, there is an amazing variety of different neighborhoods in the city that truly offer something for everyone. For example, if you are looking to be part of a vibrant community of artists, why not explore Logan Square?

It’s Easy To Get Around

One of the biggest reasons why Chicago is such a good city to live in is because it’s easy to do so. The city has one of the most respected public transport systems in the world, and you’d be hard pushed to find someone in the US who hasn’t heard of the L. The city is still making a big push to get people out of their cars, and that is a big expense that you can discount if you are thinking of moving here. Also, as anyone who is trying to break into entertainment will tell you, you are going to do a lot of travelling all over the city to get to that next gig or meeting. Chicago makes that easy.

This one is a little hard to quantify, but Chicago is not just popular for its great public transport system or the pizza. The vibrant neighborhoods are one some of the best examples of how inspiring the city can be, but any discussion of Chicago must include the amazing architecture. The city has long been one of the most fascinating and beautiful cities to tour, with buildings and skyscrapers designed by the likes of Frank Lloyd Wright. But it’s not just about walking around while looking up.

Chicago is rich in musical history and there are some incredible venues that you are going to have to frequent if you move here. The city is one of the most important homes of blues, soul and jazz, and the Chicago Blues Fest still runs today. Music is in Chicago’s veins, and you will never be short of inspiration if you are looking to work on your own while you are living here. You will also be able to find some great locations to record your music. If you are looking for a recording studio in Chicago, then Pirate will have you covered. They offer self-service access, free professional recording equipment, and affordable rates for booking out a whole day to work on your projects.

There’s So Much To Do

There are only so many hours in the day that you can spend working, and Chicago offers an incredible range of different activities for your downtime. Let’s start with one of the biggest attractions for a lot of Americans: sports! Chicago is home to both the Cubs and the Sox (baseball), the Bears (football), the Blackhawks (hockey) and the Bulls (basketball). While history has shown that the chances of all the Chicago teams achieving success at the same time are slim, the local fanbase is incredibly passionate and there is nothing like the atmosphere provided by the home crowd. Plus, the Blackhawks just got Marc-Andre Fleury to agree to play with them, so you are going to want to get to the United Center to watch the Vezina-winning goalie play.

If sports are not necessarily your thing, then don’t worry. There are some of the United States’ finest arts and history museums to be found, including the Chicago Art Institute that famously featured in the classic movie Ferris Bueller’s Day Off. There is an abundance of festivals that run through the year, including the Dance Music Festival. The St Patrick’s Day Parade is one of the best that you’ll find, and it’s always a thrill to see the Chicago River go green. There are fantastic shopping districts, regular marathons, and some incredible dining. You are never going to be short on options while you are living here.