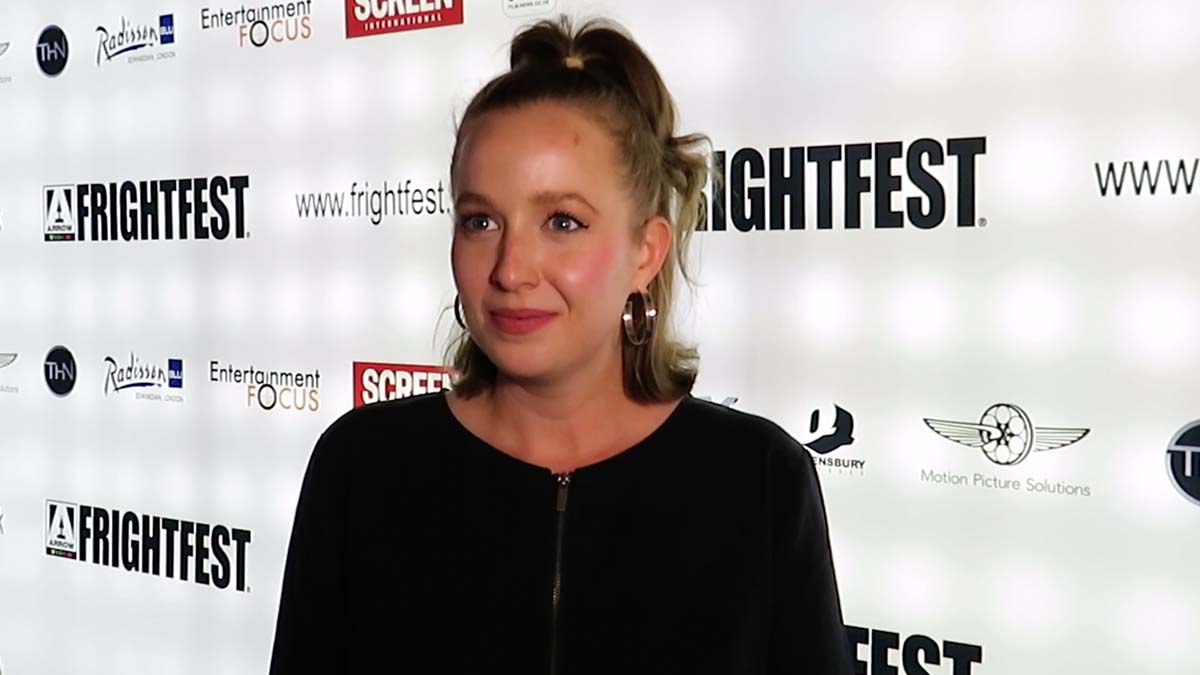 On Sunday the cast and crew of new British supernatural horror ‘Evie‘ took to the red carpet at Arrow Video FrightFest 2021.

‘Evie’ tells the story of estranged siblings Evie (Holli Dempsey) and Tony (Jay Taylor), who have spent most of their lives apart following a tragedy when they were children. As the two reunite, the tension between them brings up old grievances and they are forced to face the truth about their pasts.

I spoke to co-directors Dominic Brunt and Jamie Lundy, along with cast members Holli Dempsey, Jay Taylor and Michael Smiley (and as always my interview with Michael was as random and bizarre as you’d expect taking many a tangent).

You can watch all of the interviews below…