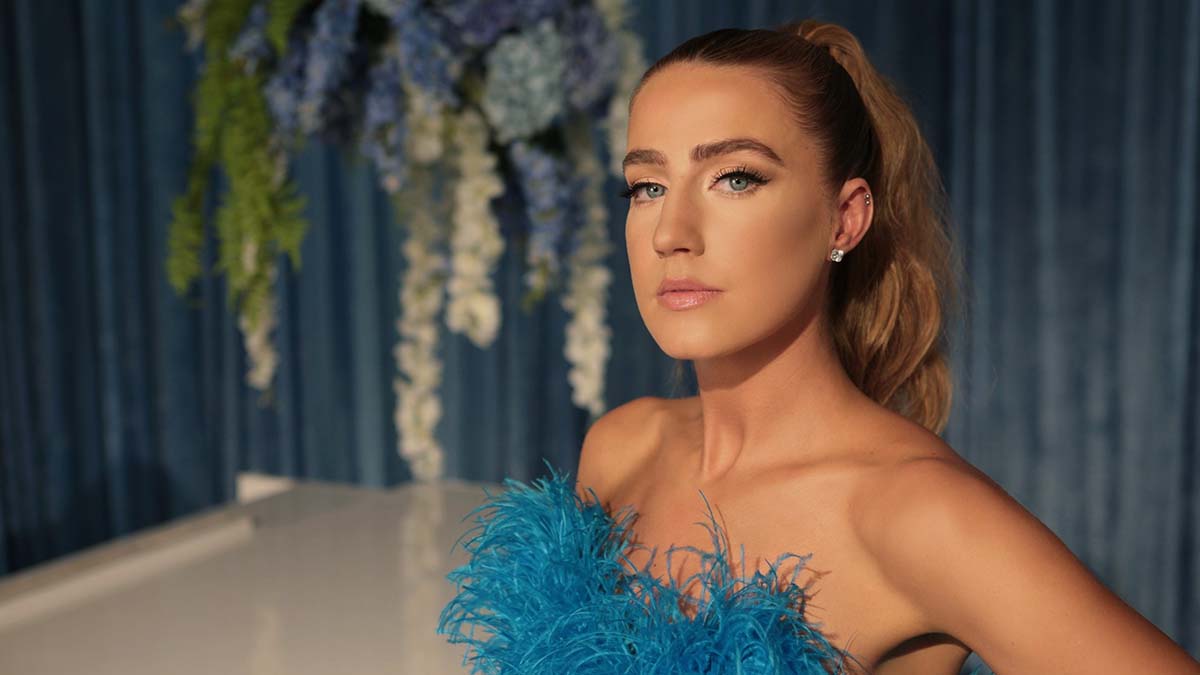 During the interview, Hunt reveals that ‘Wishful Drinking’ is the first song he’s appeared on that he didn’t write. He explains:

“This is maybe the first time I’ve sung on a song that I wasn’t a writer on. I just haven’t connected… I just don’t connect to songs that often, I don’t know what that is or why that is, but it’s not an ego thing at all. It’s not like, I’m not going to sing on a song unless I’m a writer on it. But obviously because this song came along and I connected to it, and it’s usually the people involved in the song too, the writers, my connection to Ingrid, being a fan, and then meeting her and hitting it off and getting to experience her heart firsthand. Even though it was in a trivial interaction on the side of a kickball field, I just felt like I connected with her and I felt comfortable being on a song with her, even if I wasn’t a writer. JP Saxe, I was a fan of his as a writer. I’ve been listening to his music, admiring his songwriting for the last couple of years. It’s one of those things, back to that intuition feeling, where you just feel like, “Okay, this came together in a way that feels like I’m supposed to lean into it.” I feel fortunate and blessed that this opportunity came along.”

Andress discusses approaching Hunt to appear on the track. She shares:

“I wouldn’t say I was nervous, because I’m the same or I don’t usually cut outside songs, just because if I can write something… And it is not an ego thing either. It’s just I haven’t heard things that I want to record. So if anything, I was more hesitant because I’m like, “Well, he’s a writer. He writes all his own stuff. Why even bother?” But I was like, “But I just can’t hear anybody else on it.” So to me, I was like, “Let’s just ask him and then I’ll just move on with my life and never collab with anybody. It’s fine.” Really glad it worked out because I really didn’t have any other ideas for who I’d want to be on the song. So I was just kind of like, “I guess it’s worth an ask.” So when Sam was like, “Sure,” I was like, ‘Really? Okay.’”

Over the course of the interview Andress and Hunt both opened up about encountering each other’s music, and they discussed taking risks as songwriters with Andress revealing:

“I feel like, at least for me, I never think about it as a risk. It’s more of, what would I want to listen to and what am I proud of? And that’s pretty much it. And I think it just either works or it doesn’t. And I feel like after writing a certain amount of songs, you just are like, “I’m just going to put out what I think is good, because that’s really all you can do.” Because there’s room for all different types of music out there. So I just don’t overthink it, and I just go with my gut.”

Watch the full interview on Apple Music 1 with Kelleigh Bannen.