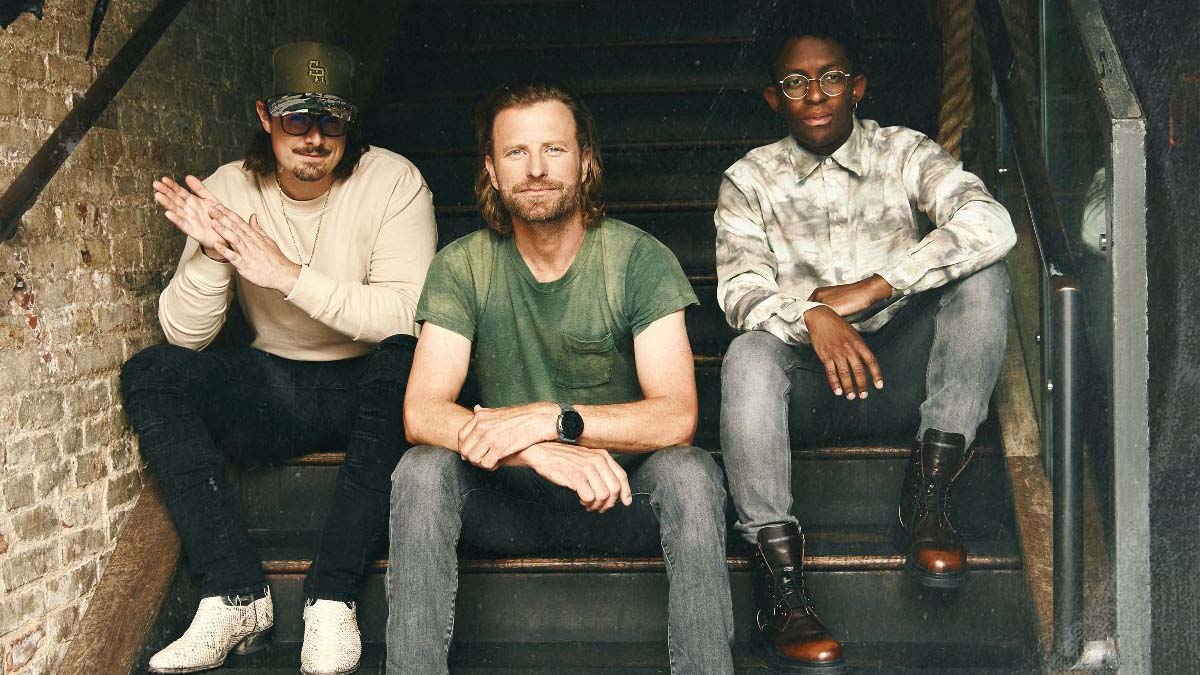 Dierks Bentley has teamed up with Hardy and Breland for his new single ‘Beers On Me’.

The collaboration finds the three trading verses about brushing off a long week with good company. The song lends its name to Bentley’s upcoming ‘Beers On Me Tour’ featuring specials guests Riley Green and Parker McCollum.

“Hardy threw out this title and I remember immediately thinking, ‘I wish I could buy all my fans a beer.’ After the year we’ve all had, it would be nice to get the first round and say, ‘Hey, we all got some problems but we’re going to forget about them for a little while…the beers are on me,’” Bentley said. “I came back to Nashville to record the song and came across an article about Breland in the Nashville Scene. I got his number and he came in the next day and wrote and sang the third verse. It was truly an organic collaboration and I couldn’t be more proud to have him and Hardy on this song with me.”

‘Beers On Me’ was started on a writers’ retreat in Telluride over quarantine and finished back in Nashville with both Breland and Hardy contributing as writers. The track was produced by Bentley and Ross Copperman.

Bentley continues to be a dominant voice for the genre with over 6.4 billion streams and 20 No. One singles at Country radio.

In this article:Breland, Dierks Bentley, Hardy