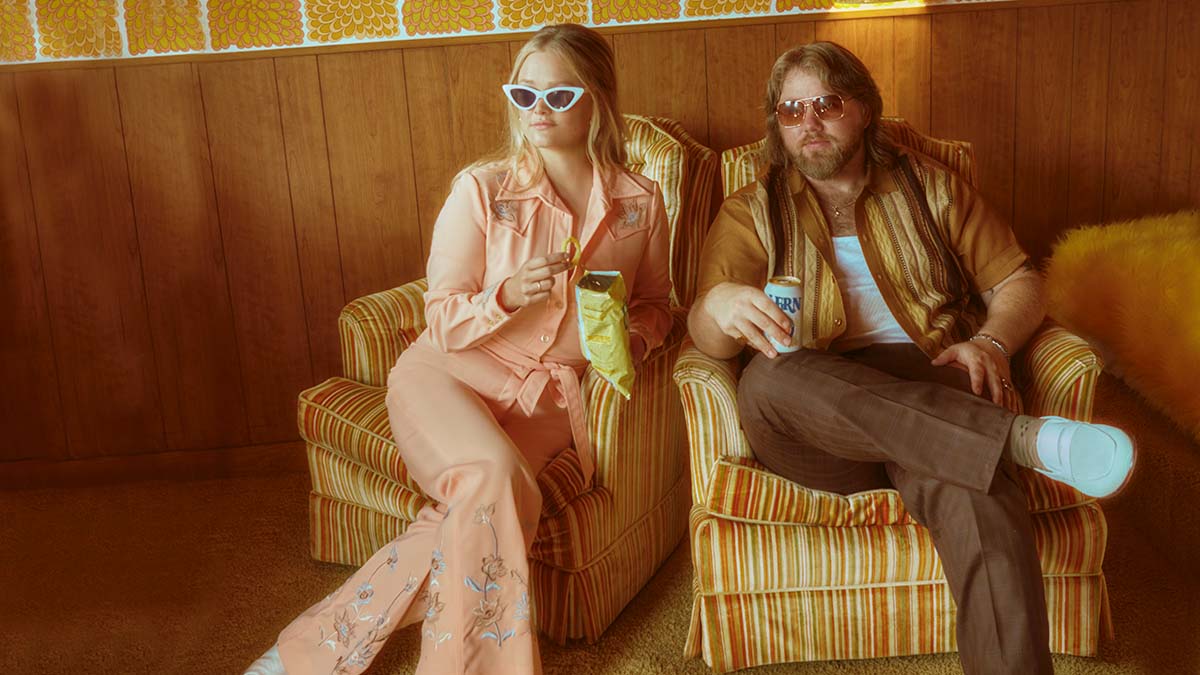 The two singers have recorded a 7-track collection, which will be released on 17th September 2021 via Big Loud Records/Songs & Daughters/Pigasus Records. Produced by Jake Gear, the collection features lead track ‘Islands in the Stream’, a cover of the Dolly Parton and Kenny Rogers classic.

“When we were hashing through song ideas for this project, we knew we wanted to for sure do a cover. Ern brought up the idea of ‘Islands in the Stream’ and of course me, being a huge Dolly fan, was all about it,” explains Whitters. “Jacob Durrett laid the foundation for the reimagination of this song and I think he brilliantly found a way to reinvent the song in a way that can appeal to a newer, younger audience of country music listeners while still maintaining the integrity and feel of the original version. In both the visual and sound of this song, we wanted it to be bright and happy while continuing to spread a message and feeling of love and unity. I hope when listeners hear this song they can feel that.”

“I had mentioned an ‘Islands In The Stream’ cover because of the Kenny Rogers and Dolly Parton comparisons we both get,” shares Ernest. “I wish Kenny Rogers were still alive so I could shake his hand, and I hope he would approve.”

The ‘Countrypolitan EP’ was inspired by classic Country duets from the likes of Dolly Parton and Kenny Rogers, Tammy Wynette and George Jones, and Loretta Lynn and Conway Twitty. It features six original songs written by Whitters and Ernest.

“The idea for this project came about one day as I was going down the rabbit hole listening to old country duets,” explains Whitters. “It seemed like back in the day everyone used to release collaboration records: Dolly and Kenny, Loretta and Conway, Tammy and George…. you don’t really see full length records like that anymore and I was thinking it would be fun to do a project like that in today’s modern era. I sat on the idea waiting for the right partner and the first day Ern and I wrote it just felt like a natural fit.”

“I didn’t know it at the time, but Countrypolitan means the Nashville sound,” adds ERNEST. “This is such a cool side project because I love old school music. It was fun to write with that in mind, but still with a fresh perspective. The production on this project is awesome, and the band was great. There are real strings, real fiddles. It feels like it all came together in the blink of an eye.”

1. Islands In The Stream
2. Say Anything
3. String Me Along
4. One Less Whiskey
5. White Limousine
6. Every Piece Of Me
7. Neon Silver & Jukebox Gold

Advertisement. Scroll to continue reading.
In this article:Ernest, Hailey Whitters