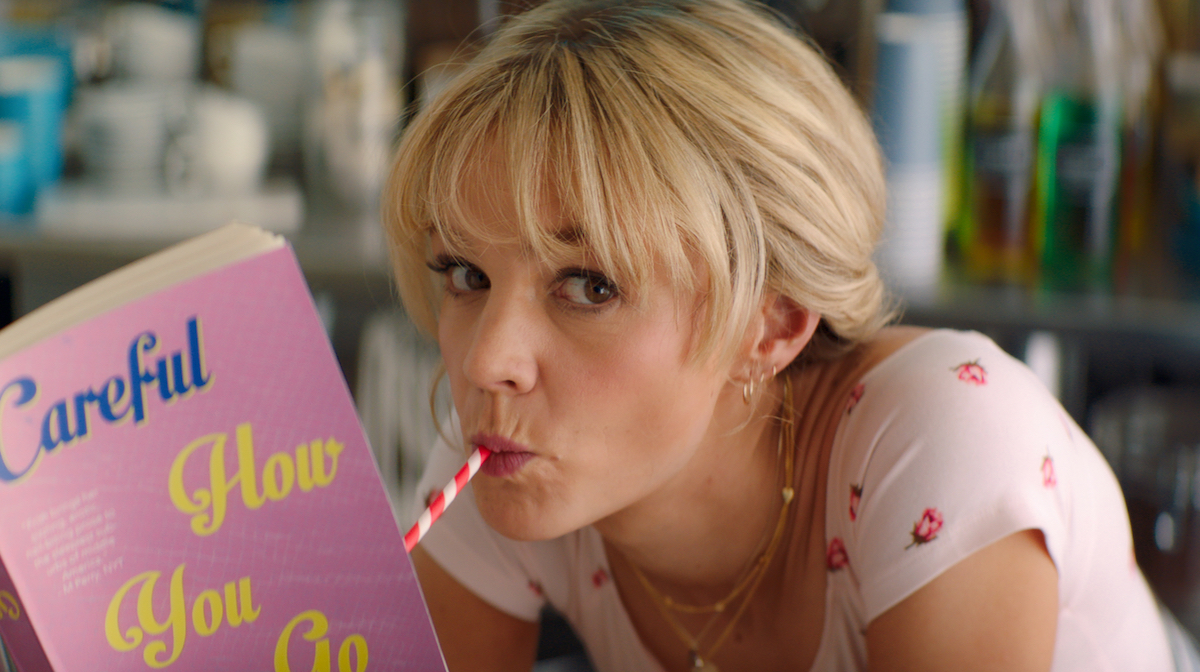 What a shame we never got to see ‘Promising Young Woman’ on the big screen. It would have been fascinating to experience the electric atmosphere created by Emerald Fennell’s Oscar winning film, pulsing through a packed cinema on a Saturday night. Men shifting awkwardly in their seats. The uncomfortable laughter at the pitch-black humour. The collective wave of shock as the violence unfolds.

Unfortunately, due to the ongoing pandemic which has marked our lives so significantly these past 18 months, we missed out on this experience, and the film was instead premiered on Sky Cinema for everyone to watch at home. It’s now finally getting a physical release on DVD and Blu-ray, as well as a digital download courtesy of Universal Home Entertainment.

Horrendously marketed to make it appear like it was going to be some sort of blood-soaked thriller, ‘Promising Young Woman’ is so much more than that. Cassie (Carey Mulligan) is the promising young woman of the title, or perhaps that should be former promising young woman. A medical school dropout, she now works in a coffee house and lives at home with her parents. On the cusp of turning 30, she has essentially regressed to living like a teenager.

In the evenings however, she visits nightclubs where she pretends to be so wasted she can barely walk, then waits to be picked up by men looking to take advantage before turning the tables on them. Her targets are specifically the men who present themselves as ‘nice guys’. Promising young men, if you will. You know the kind – they seem to be modern, progressive, feminist allies, but really they’re on the lookout for girls who are too drunk to say no. Cassie’s night-time exploits seem to be driven by some awful tragedy that befell her best friend Nina. We don’t know where Nina is, or what happened to her, but the spectre of sexual violence haunts every candy-coloured frame.

Having set the scene for a dark and dangerous revenge fantasy, Fennell then effortlessly shifts the narrative into an almost romantic comedy. Man of the moment Bo Burnham turns up as Ryan, a former med school classmate, and the two start a tentative romance, which at first seems to lift Cassie out of her anger and sadness. She begins to reconnect with her parents, and things for a while seem normal.

But this is not a normal film, and Fennell relishes in pulling the rug out from underneath the viewer. It is so narratively unconventional, and so surprising in the way it plays out in the second half of the film, I could barely catch my breath. The tension and unpredictability as the true nature of the film reveals itself makes for a thrilling viewing experience. At the very heart of this is Carey Mulligan, on simply astonishing form. Her layered and devastating performance is nothing short of remarkable.

It would be remiss however not to acknowledge that Fennell’s decision to subvert well-worn genre tropes came with a hefty slice of controversy. A lot of the early praise was for how the film was a full-throated roar of primal feminine rage, and whilst I can see how a lot of people came to this conclusion, Fennell’s decision to try and balance realism with revenge fantasy does undercut this in ways that are, well, problematic to say the least.

It’s difficult to get into this without discussing third act revelations and spoilers, but there’s plenty already been written about it out there if you want to look it up. In my opinion, ‘Promising Young Woman’ is one of the best films of 2021 so far. but it will also undoubtedly be one of the most debated, controversial, and polarising films of the year.

Both the physical and digital release come with a feature length audio commentary with writer/director Emerald Fennell. There are also three short featurettes. ‘A Promising Vision’ sees the director talking about her inspiration for the film. ‘Two-Sided Transformation’ looks into the choice of Carey Mulligan to play Cassie, and how they used costume, hair and makeup to enrich her character. Finally, there is ‘Balancing Act’ which sees the cast members discussing how the film found a balance between light and dark.