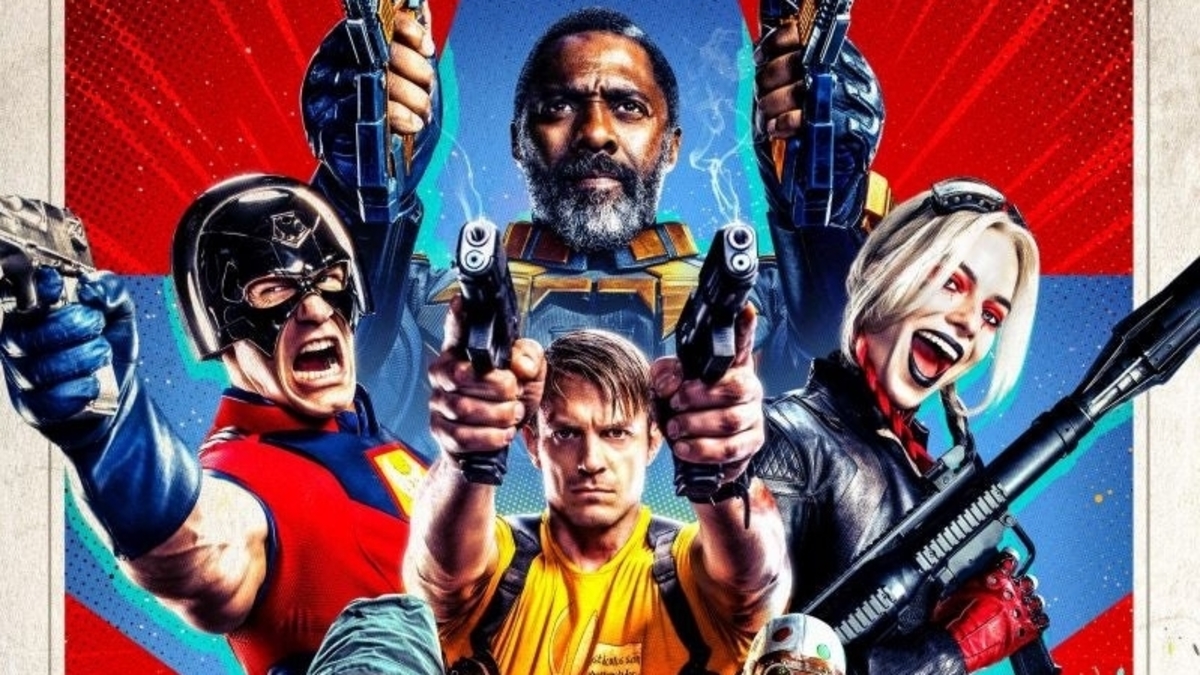 Writer/Director James Gunn has done it once again. After doing a stellar job bringing Marvel’s Guardians of the Galaxy to a wider canvas, he’s worked his magic yet again, on arguably a much harder project. ‘The Suicide Squad’ is a sequel to David Ayer’s ‘Suicide Squad’ in spirit, however the film is very much its own beast. The end result is a blockbuster action spectacle with a deliciously dark streak of humour running through it, and an ensemble to die for.

David Ayer’s ‘Suicide Squad’ gained notoriety for being hacked to bits by the studio. The end result was (understandably) a disjointed affair that didn’t get the numbers or praise that Warner Bros were hoping for. But most damagingly, it meant that audiences were never going to get to see Ayer’s true directors cut of the film. This kind of interference wasn’t present for ‘The Suicide Squad’, with Gunn stipulating that he’ll only make the film if he had complete creative control. With Warner Bros having no doubt learnt some lessons from the past, they granted him his wish and in return he has delivered to them the DC Extended Universe’s finest film to date.

Taking big inspiration from classic westerns and war movies, ‘The Suicide Squad’ is a deceptively simple story played out to near-perfection. The squad (in-mates at Belle Reve Penitentiary who all possess super-human abilities), are tasked with another high-priority mission to save the world. Under orders from the cold and calculated Amanda Waller (Viola Davis), The Suicide Squad must go into Corto Maltese in South America to destroy Jotunheim, a prison stronghold and laboratory that now houses devastating human experimentation and dark secrets.

One of the tag-lines of the film is ‘Don’t Get Too Attached’ and that’s absolutely spot-on. ‘The Suicide Squad’ is not afraid of culling its roster at an alarming rate. There are some shocking and surprising deaths in the movie and it keeps the audience on their toes throughout. In true ‘Dirty Dozen’ style, you just know that they all won’t make it back and that uncertainty gives ‘The Suicide Squad’ a rare commodity in superhero films, a level of unpredictability that fuels genuine shock and surprise.

This movie has a sensational ensemble and its all led beautifully by Idris Elba and Margot Robbie. Elba has been crying out for a role like the deadly marksman Bloodsport – he has finally been given an action film that’s worthy of his natural charisma, ability and screen presence. As for Robbie, she is the DCEU’s most valuable asset, and simply excels as Harley Quinn. Her character has also noticeably developed over the course of ‘Suicide Squad’ and ‘Birds of Prey’. ‘The Suicide Squad’ finds Harley a lot more comfortable in her own skin and that means even more classic Quinn moments that will make you laugh out loud.

The rest of the ensemble are superb with not one dud performance in the pack. Highlights include Joel Kinnaman who reprises his role as Colonel Rick Flag, Daniela Melchior, who hands in a surprisingly emotional turn as Ratcatcher 2, David Dastmalchian’s hilariously tragic Polka-Dot Man, who has severe mommy-issues, Peter Capaldi’s devious turn as The Thinker, John Cena as the muscle-bound Peacekeeper and Sylvester Stallone who voices everyone’s new favourite Suicide Squad member King Shark.

As you’d expect from a James Gunn film, the humour is plentiful and always lands on its mark, delivering dark laughs and grisly chuckles as regular as clockwork. His soundtrack choices also have become such a huge part of his big screen storytelling experience, with ‘Guardians of the Galaxy Vol. 2’ being a shining example of how he can marry music and image perfectly. ‘The Suicide Squad’ follows suit with some incredible music choices. And then there’s the action set-pieces, of which there are many. They all deliver for sheer spectacle and audacity, but there’s heart in every scene which makes the carnage and blood-spill anything but gratuitous. The finale is also one of the most satisfying and engaging blockbuster spectacles I’ve seen in years.

‘The Suicide Squad’ is a film that has to be seen in IMAX. It has so much scope and visual flair that IMAX is simply the perfect canvas to watch James Gunn’s beguiling classic on. The film was filmed with IMAX in mind, meaning ‘The Suicide Squad’ is digitally re-mastered into the image and sound quality of The IMAX Experience, with proprietary IMAX DMR (Digital Re-mastering) technology. The crystal-clear images and the powerful digital audio create an unparalleled movie-going experience. I’ve said it many times before, but IMAX is truly the best way to watch big blockbuster cinema. If you can afford the price uplift then seek it out, because it’s a wonderful experience for film fans to savour.

‘The Suicide Squad’ is a big success, with visuals that amaze, a story that engages throughout and an ensemble that entertains at every given opportunity. James Gunn has done it again, and with him now returning to Marvel’s ‘Guardians of the Galaxy’ franchise, it’s happy days ahead for all comic book movie fans. After the struggles and strains we’ve all felt over the past year and a half, do yourselves a favour and catch ‘The Suicide Squad’ at the cinema – it’s a wonderful experience and a very enjoyable film.