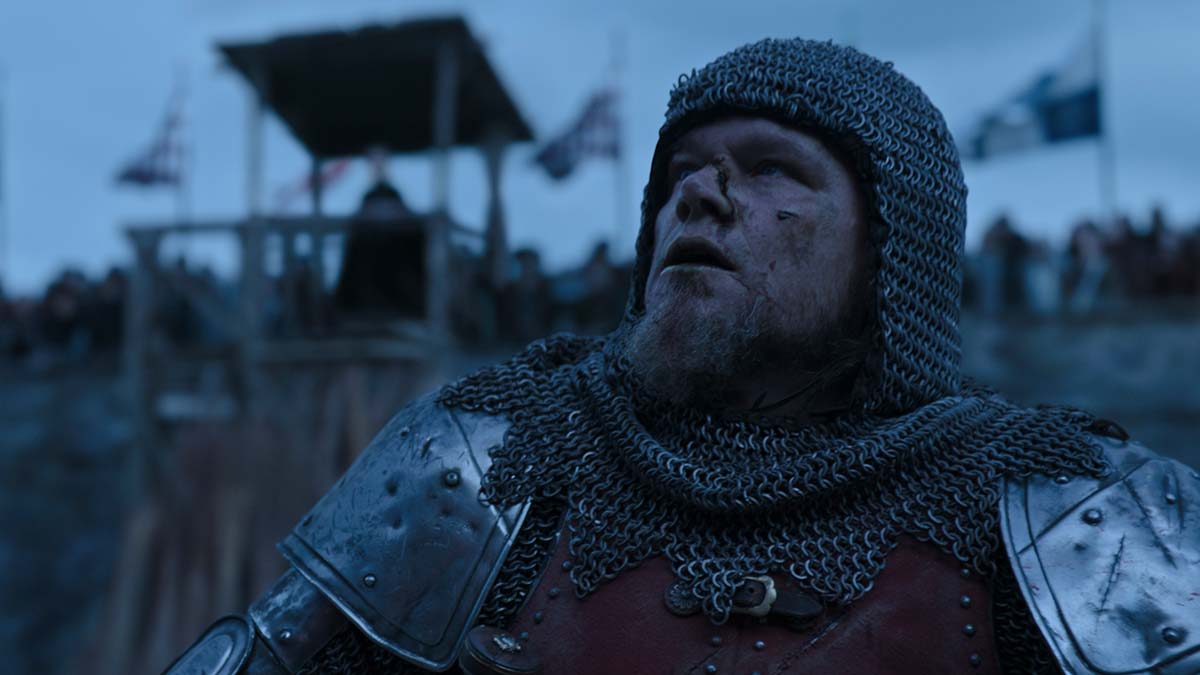 The trailer has been released for 20th Century Studios’ ‘The Last Duel‘.

The historical epic is a cinematic and thought-provoking drama set in the midst of the Hundred Years War that explores the ubiquitous power of men, the frailty of justice and the strength and courage of one woman willing to stand alone in the service of truth.

Based on actual events, the film unravels long-held assumptions about France’s last sanctioned duel between Jean de Carrouges (Damon) and Jacques Le Gris (Driver), two friends turned bitter rivals. Carrouges is a respected knight known for his bravery and skill on the battlefield. Le Gris is a Norman squire whose intelligence and eloquence make him one of the most admired nobles in court.

When Carrouges’ wife, Marguerite (Comer), is viciously assaulted by Le Gris, a charge he denies, she refuses to stay silent, stepping forward to accuse her attacker, an act of bravery and defiance that puts her life in jeopardy. The ensuing trial by combat, a gruelling duel to the death, places the fate of all three in God’s hands.

The screenplay is by Oscar nominee Nicole Holofcener (‘Can You Ever Forgive Me?’) and Ben Affleck & Matt Damon based on the book by Eric Jager.

“I love working with Matt, so it was an added bonus to be able to work with him and Ben as both actors and as screenwriters, along with Nicole Holofcener, and I knew it would be a great result,” says director/producer Ridley Scott. “I had admired the show ‘Killing Eve’ and had been looking for the opportunity to present Jodie Comer with a challenging role. Her performance as Marguerite will make her one of the great actresses of her generation.”

Advertisement. Scroll to continue reading.
In this article:Matt Damon, The Last Duel