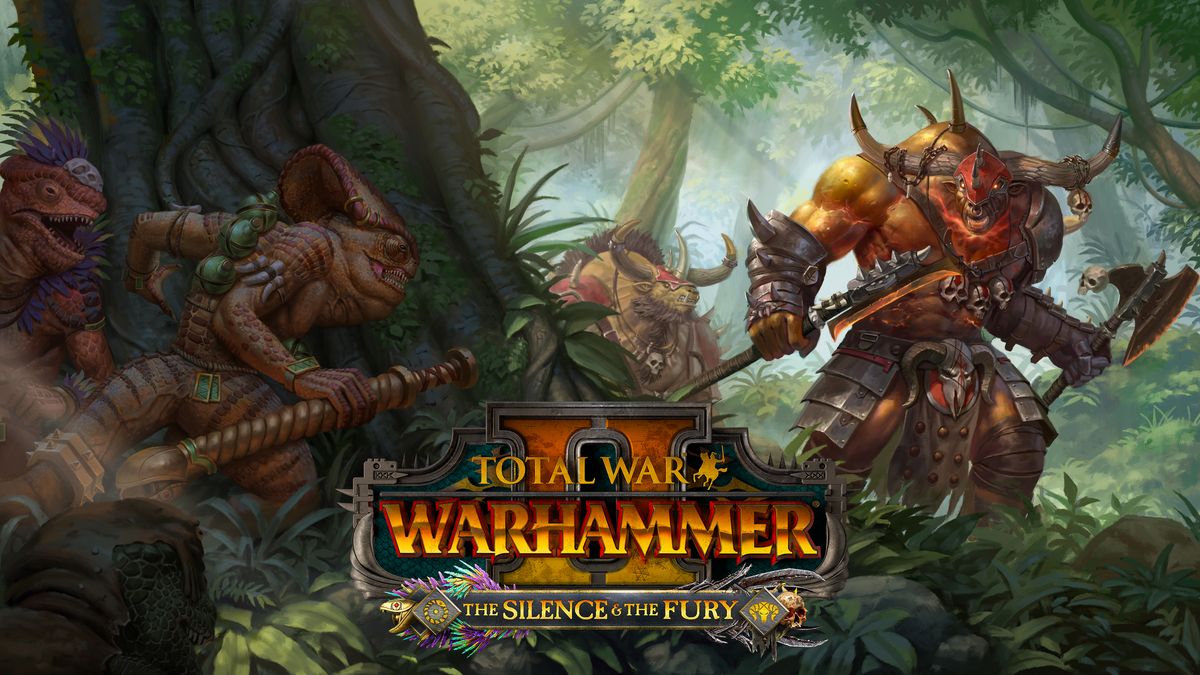 The Silence and the Fury will be the last piece of DLC for Total War Warhammer 2. Since its release in 2017 TWW2 has received nineteen expansions in total, some paid for and some for free. These have included everything from an extra lord or two to overhauling entire game mechanics and new factions to play.

Leading the Beastmen will be Doombull Taurox, an absolute brute formed from living brass by the Gods of Chaos. The new Lizardmen lord is Oxyotl, the revered Chameleon Skink and master of stealth.

Charging into battle alongside their lords are several new units to bolster both the Beastmen and Lizardmen ranks. Standout units include the grotesque Jabberslythe which is an unholy fusion of multiple monsters, the gargantuan multi-limbed Ghorgon, and the ferocious twin-tailed Troglodon.

Last but not least, this Lords Pack also ushers in Old World Updates for both the Beastmen and Dwarf races. This update dramatically overhauls numerous features for both races, meaning their campaigns are more fun, engaging and offer a more lore-thentic experience.

The Silence and the Fury is available to pre order now on Steam.

Check out some screenshots / artwork in our gallery below: