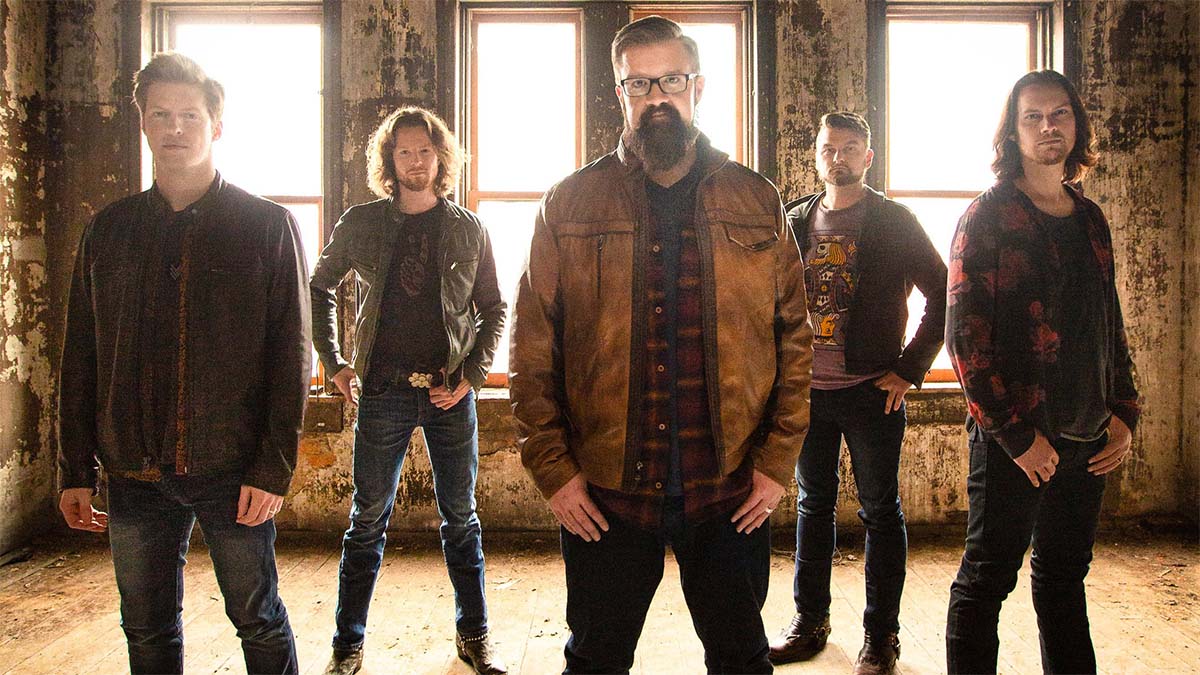 Home Free – Austin Brown, Rob Lundquist, Adam Rupp, Tim Foust and Adam Chance – is an a cappella singing group that competed in and won the fourth season of NBC’s ‘The Sing-Off’ in 2013. Since then, the group has been prolific releasing six studio albums since their win and touring non-stop, with their music taking them around the globe. Following on from their holiday collection ‘Warmest Winter’, released in 2020, the group is releasing new album ‘Land of the Free’ in time for Memorial Day.

‘Land of the Free’ is a collection of patriotic covers that celebrates the red, white and blue along with one original song. At a time when America (and to be honest, much of the world) seems very divided, Home Free is attempting to bring back a little harmony with their unique take on these familiar and much-loved songs. The opener is a cover of the recent Tyler Hubbard and Tim McGraw song ‘Undivided’, which sounds much better in the hands of Home Free. Stripped of the heavy-handed production of the original, the song’s sentiment shines brighter and it’s proof of just how capable and talented the group is.

Lee Greenwood and The United States Air Force Band appear on a new version of Greenwood’s ‘God Bless the U.S.A.’, which is surprisingly emotional, while the legend that is Don McLean puts his stamp of approval on the group’s version of ‘American Pie’ by appearing on it himself. I’ve always thought ‘American Pie’ is a song that can never be covered but Home Free has convinced me otherwise.

The highlight on the record for me is “Travelin’ Soldier”, a cover of The Chicks’ song from their 2002 album ‘Home’. The group has spun the lyrics to reverse the gender roles of the original song. Home Free’s tight harmonies sound fantastic and it’s so wonderful to hear this song get a new lease of life.

Elsewhere on the record Jeffrey East teams up with Home Free on his song ‘People’, and in a rare move the song includes an acoustic guitar rather than just the group’s voices. It’s nice to hear the group with some accompaniment as they don’t do that very often. Home Free also put their spin on the uptempo feel-good ‘Only In America’, originally recorded by Brooks & Dunn, and are brave enough to tackle Dire Straits’ mighty ‘Brothers In Arms’, which is one of the finest showcases of their voices on the album.

‘Land of the Free’ will be lapped up by Home Free’s fans the Home Fries, and the album continues to move the group forward in their own lane. No one else is out there doing what they’re doing, at the level they’re doing it, and with the huge support they have across the globe, it’s going to be another undeniable success for the band. What’s so special about Home Free is that they can take familiar songs and reinvent them, and it’s safe to say patriotism has never sounded so harmonious.