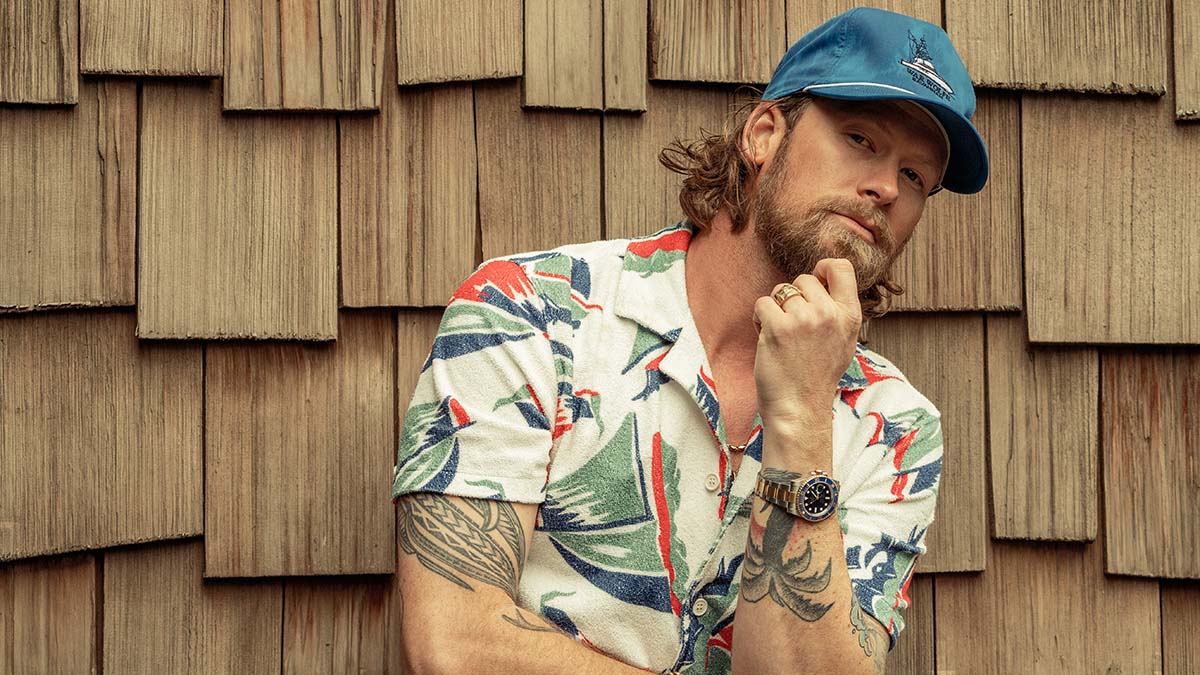 The news that Florida Georgia Line were looking to pursue solo projects following the release of the duo’s latest album ‘Life Rolls On’ hardly came as a surprise. The gossip rags speculated that group members Brian Kelley and Tyler Hubbard had fallen out over their opposing political views in the run up to the 2019 US Presidential Election, something that they have denied, and Hubbard was quick off the mark releasing the song ‘Undivided’ with Tim McGraw. Fans got their first taste of what a solo record would sound like from Kelley when he released his ‘BK’s Wave Pack EP’ in April and a little over two months later, the singer-songwriter is releasing his 17-track debut solo album ‘Sunshine State of Mind’.

Across the sprawling record, Kelley asserts his creative control co-writing every single track and producing the collection with long-time collaborator Corey Crowder. Looking across the songwriting credits, the names will seem familiar to FGL fans as they are mostly people the duo has worked with over their career to date. You’d be forgiven then for expecting a one-man FGL sounding record but that’s not at all what Kelley has delivered. The title, ‘Sunshine State of Mind’ perfectly sets the tone for a collection that celebrates sand, sea and kicking back with friends and beers.

Those who heard ‘BK’s Wave Pack’ EP will know what to expect from ‘Sunshine State of Mind’. Those songs did a good job of illustrating the sound and direction Kelley was heading with his solo material so if you loved those, you’ll love this record. ‘Sunshine State of Mind’ is substantially different from FGL’s output for Kelley to be judged as a solo artist in his own right. Away from FGL, Kelley gets a real chance to shine. His voice is more versatile than his band-mate Hubbard’s, more able to handle the more soulful and R&B moments, as well as convincing on the tracks that embrace Country.

Opening with the mid-tempo ‘Boat Names’, Kelley couldn’t be further removed from FGL’s output if he tried. The song is a strong contemporary Country track that puts Kelley’s voice in the spotlight. It’s a bold choice for the album as it’s not the most immediate track but it catches you off-guard, and I suspect that’s Kelley’s intention. Each track after that fits perfectly into Kelley’s theme. He’s not attempting to flit across the spectrum of modern Country to appeal to everyone, instead he’s focused on making a cohesive record that captures a specific vibe and mood.

The banjo-driven ‘Sunburnt’ captures a romance that blossoms under the sun, ‘Real Good Day’ picks up the tempo for a celebration of the important things in life, and ‘Don’t Take Much’ reflects on how the simpler things are all we need to be happy. The themes from these songs permeate throughout the album and Kelley paints himself as a man that’s had time to reflect on life and appreciate what he has. The Canaan Smith co-penned ‘Boat Ride’ has a gentle bluesy rhythm, taking you back to the 90s when Country music actually sounded like Country music.

Other highlights on the record include the swampy swagger of ‘Beach Cowboy’ complete with ‘Die Hard’ references, the emotive ‘Songs For You’ that showcases Kelley’s more vulnerable side, and the lazy summer groove of ‘Say The Word’. The standout track though for me is ‘Sunday Service in the Sand’, which formed part of ‘BK’s Wave Pack’ EP. With lyrics filled with gratitude that touch upon the staples of the Country genre, it’s a huge hit waiting to happen.

If I were to be super picky, I’d perhaps suggest that the record didn’t need 17 tracks but on the plus side they all fall within the two-and-a-half to three-minute range so the whole album clocks in at only 49 minutes, which by today’s standards is fairly short. That works in its favour as some of the tracks that aren’t as strong don’t overstay their welcome and you don’t have to wait long for the next banger to play.

‘Sunshine State of Mind’ does what it needs to; it sets out Kelley’s stall as a solo artist and for many it’ll be the first time they’ve truly heard what he can do as a vocalist. If you need a soundtrack for the summer, you need look no further because this sun-drenched collection is perfect. It’s the kind of album you can put on, crank up the volume and enjoy good vibes with your friends and family to, and as we continue to battle out way out of the global pandemic, what more could you possibly ask for?