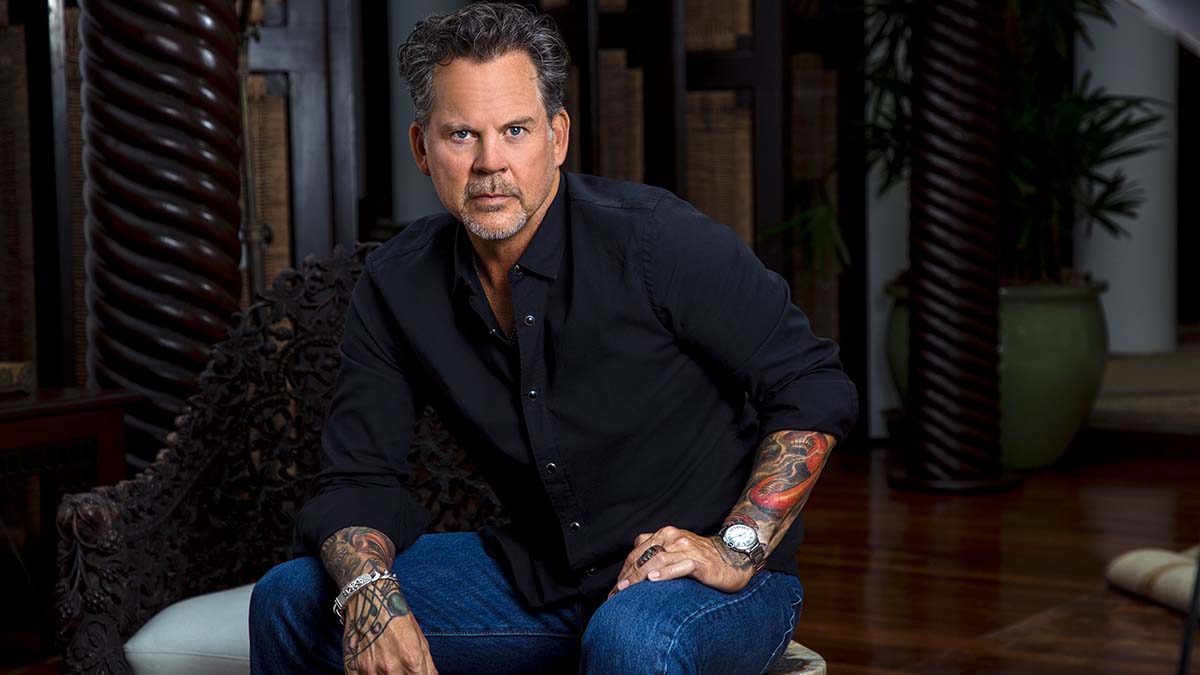 Californian Country singer-songwriter Gary Allan released his debut album ‘Used Heart For Sale’ in 1996 featuring his debut single, and Top 10 hit, ‘Her Man’. Since then Allan has released another 8 records and notched up plenty of hits along the way including number ones such as ‘Man to Man’, ‘Tough Little Boys’ and ‘Nothing On But the Radio’. It’s been eight long years since Allan’s last album release, 2013’s chart-topping ‘Set You Free’, and following a series of one-off singles during those years, Allan is back with tenth studio album ‘Ruthless’, which is released today.

For ‘Ruthless’, Allan has assembled an impressive roster of producers and songwriters. As well as producing himself, there’s assistance from Tony Brown, Greg Droman, Mark Wright and the omnipresent chart-conqueror Jay Joyce. On the songwriting side you’ve got the likes of the late busbee, super-songwriters Shane McAnally, Hillary Lindsey and Nicolle Galyon, and upcomers like Ryan Hurd and Ross Ellis. Reading off that list, you’d be forgiven for expecting a record that’s attempting to best the current crop of modern Country stars but that’s not what Allan is doing here. He’s honouring the sound that established him as a force in the genre while updating and modernising it with the help of the leading hit-makers.

Lead single ‘Waste of a Whiskey Drink’ perfectly highlights what you can expect from ‘Ruthless’. Allan’s distinctive voice remains the focal point of every song here, but as you can hear from ‘Waste of a Whiskey Drink’ Allan hasn’t strayed from his roots, he’s just updated his sound slightly. It recalls a time when Country music told real stories that people could relate to, and had a sound that was unique from other musical genres. ‘Slide’, co-written by rising Sony Music Nashville star Ross Ellis, is a foot-stomping anthem for those that like their Country to rock, driven by guitars and a beat that pushes the melody along.

From the opening bars of the impactful ‘Temptation’ (think Matchbox 20 going Country) through to the shimmering Country rock of closer ‘The Hard Way’, Allan doesn’t put a foot wrong across the course of ‘Ruthless’. The album is engaging and it’s one of those records that you get more and more out of with repeated listens. The stirring ‘Pretty Damn Close’ is one of the album’s more vulnerable moments as Allan reflects on a relationship that’s near perfect while the block capital titled ‘SEX’ is a clever exploration of the part that sex plays in life and the contradictions and confusion that can come with it.

One of the standouts is ‘Trouble Knows Trouble’, one of the more stripped-back moments on the record. As much as I love the rockier side of Allan, it’s nice to hear his voice pushed to the centre of the production so you can hear that gentle vibrato quiver that is an instantly recognisable part of his voice. ‘Unfiltered’ is another highlight with a bluesy arrangement that feels free and easy, as Allan sets out his stall as a plain spoken person who prefers to hear and say it like it is.

‘Ruthless’ is a strong return for Allan and it makes the lengthy wait for a new album worth it. I’ve always felt that while Allan has enjoyed plenty of success in his career, he’s never truly got the recognition he deserves. Perhaps that will change with the release of ‘Ruthless’ but regardless, he’s one of the most consistent artists in the genre. ‘Ruthless’ will draw in fans old and new, thanks to its perfectly crafted songs, strong melodies and Allan’s fantastic voice.