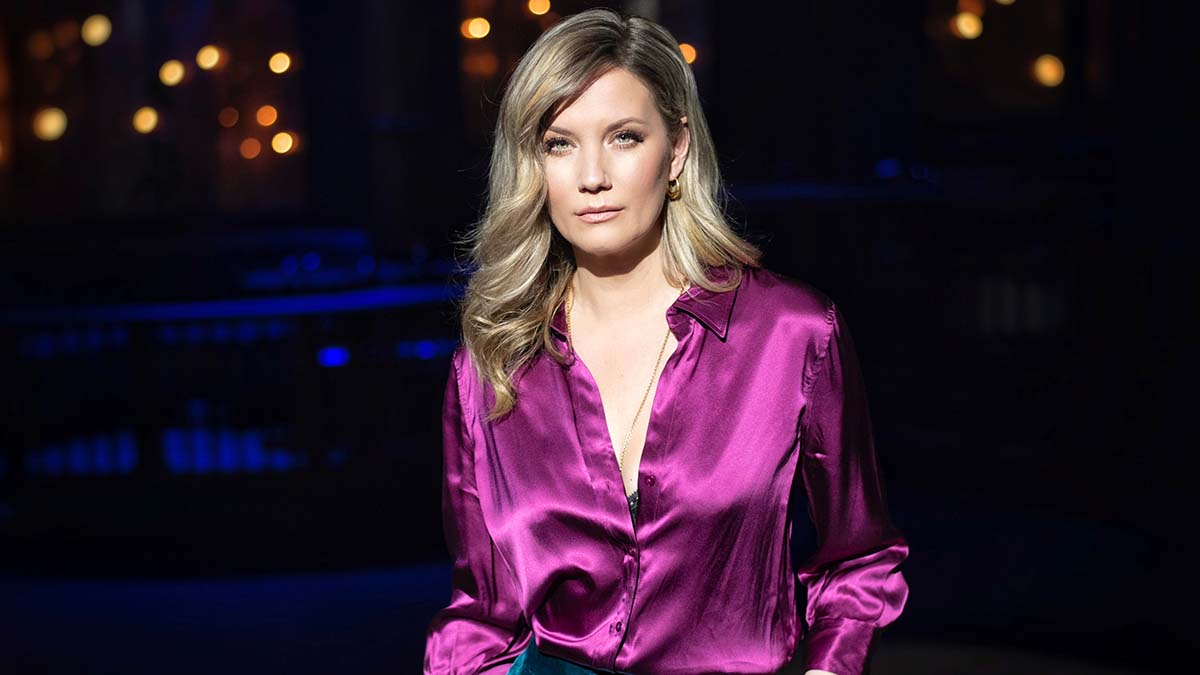 Jennifer Nettles is best-known as one half of chart-topping Country duo Sugarland, who’ve had a number of hits over the years including ‘Stuck Like Glue’ and ‘Baby Girl’. As a solo artist, Nettles has released three studio albums and outside of music she’s acted in film, television and on Broadway. For her latest solo release, Nettles has teamed up with music director, arranger and composer Alex Lacamoire (‘Hamilton’, ‘Dear Evan Hansen’) for new album ‘Always Like New’, a collection of American Songbook classics that pay homage to the love of musical theatre that has always been a part of her life.

A quick glance at the track list shows that the 10 tracks included on this record aren’t your typical musical songs. ‘Always Like New’ opens with “Wouldn’t It Be Loverly” from ‘My Fair Lady’ and it’s immediately clear that you’re about to hear Nettles sing in ways you never have before. Free from the constraints of Country music, Nettles’ voice is allowed to soar in ways it hasn’t been able to on record before. While I’ve always known she has an incredible voice, it’s a rewarding experience to be able to really hear the light and shade in her tone, as well as marvel at the way she effortlessly glides up and down the scales.

Musical theatre songs aren’t something that just anyone can pull off. In many ways recording this is a huge risk for Nettles because there really is nowhere to hide and the technique needed to sing these songs impressively is challenging. In Nettles’ hands though, it sounds like a walk in the park. Whether it’s the soaring confidence of “Sit Down, You’re Rockin’ The Boat” from ‘Guys and Dolls’ or the quiet restraint of the gorgeous ‘Almost Like Being in Love’ from ‘Brigadoon’, Nettles is able to turn her voice to anything it seems.

“Oh, What a Beautiful Mornin’” from ‘Oklahoma!’ is transformed by Nettles and Lacamoire. The version you know is reworked as a powerhouse vocal moment that takes you straight to church with a stirring gospel feel. For me, it’s one of the finest moments on the record and it’s a song I can’t wait to see Nettles sing live. She leaves nothing behind as she pours every ounce of passion into every word. Brandi Carlile appears on ‘It All Fades Away’ from ‘The Bridges of Madison County’ and her voice complements Nettles’ well, with both vocalists getting to the emotion of the song and bringing it to the fore.

Modern musicals get a look in too. The country twang of ‘Wait For It’ from ‘Hamilton’ is the closest Nettles comes to the sound that she’s known for while ‘You Will Be Found’ from ‘Dear Evan Hansen’ will leave you in a crumpled mess on the floor as Nettles puts a completely new spin on the emotional song. Both leave you crossing your fingers that Nettles will come to the UK and headline a West End show in the near future. The album draws to a close with the familiar ‘Tomorrow’ from ‘Annie’, which finds Nettles reimagining the classic as an emotion-filled piano ballad.

‘Always Like New’ isn’t going to appeal to everyone but if musical theatre is your bag, and powerhouse vocalists are your weakness, this album is going to be a must-have. Nettles is one of the finest vocalists in the music industry and to hear her voice sound so free and empowered, is reason enough to check out this collection. ‘Always Like New’ is gorgeous from start to finish and the perfect cherry to top it off would be a live show at London’s Royal Albert Hall backed by an orchestra.

Track listing: 1. Wouldn’t It Be Loverly 2. Sit Down, You’re Rockin’ The Boat 3. Wait For It 4. Almost Like Being In Love 5. It All Fades Away (feat. Brandi Carlile) 6. There’s a Sucker Born Ev’ry Minute 7. Oh, What a Beautiful Mornin’ 8. Anyone Can Whistle 9. You Will Be Found 10. Tomorrow Record label: Concord Records Release date: 25th June 2021 Buy ‘Always Like New’

In this article:Jennifer Nettles, Sugarland