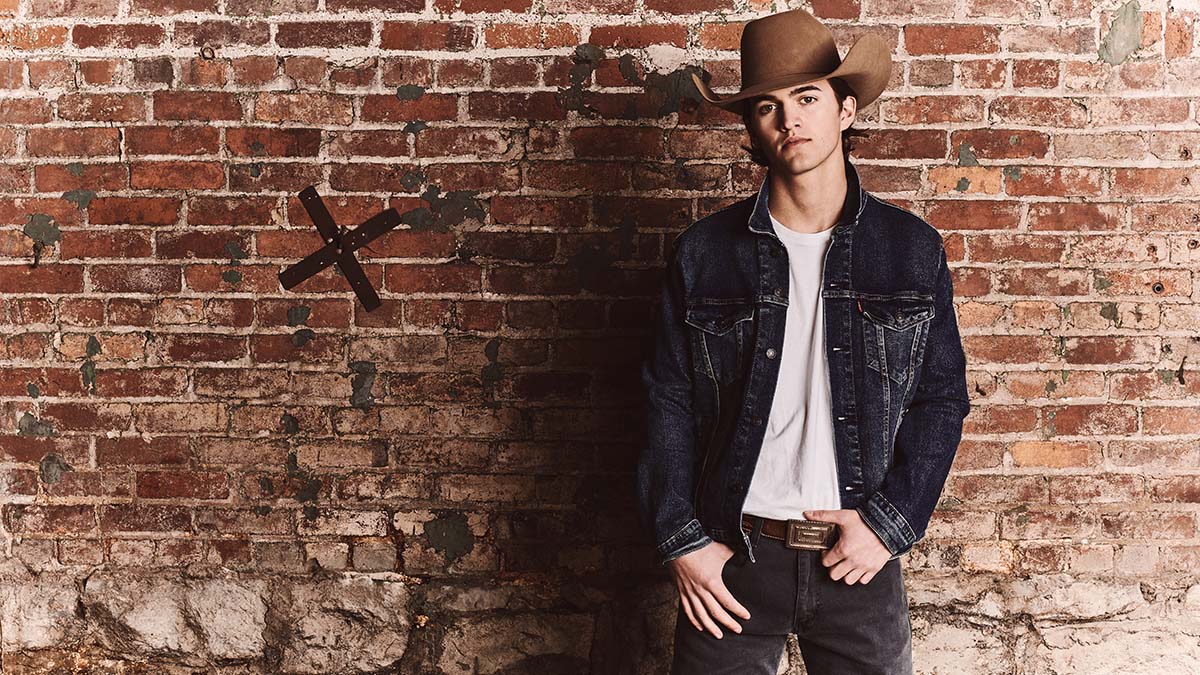 The Prairieville, Louisiana native has grown a huge following through TikTok, where he has more than 375k followers and 3.8 million likes since he first posted. He attracted attention after posting a reworking of Ron Pope’s ‘A Drop In The Ocean’ on his Instagram, which went viral.

I caught up with Jaden to talk about his song, discuss signing to Sony Music Nashville and to find out how he’s used social media to build a fanbase…

You released your single “Heaven’s Jukebox” at the end of April. What’s the story behind the song?

The story behind “Heaven’s Jukebox” is really just a testament to how much I love country music and I hope that there’s a jukebox in Heaven playing the same country gold I love to listen to now.

Last October you signed with Sony Music Nashville. What was that experience like and in what ways has being with a major label changed your life?

Signing a major label deal was a dream come true, and since then I’ve been living my dream. Writing with legendary writers, playing shows opening up for legends, it’s been a hell of a year already and I’m just looking forward to what’s coming down the road next.

The pandemic has been hard for everyone but I can imagine it’s even harder when you’re trying to make it in the music business. What challenges has it thrown up for you?

The pandemic was really hard because I didn’t get to get out and play shows, but it was helpful from a writing standpoint. I got to write a lot and build up my catalog of songs.

You’ve really utilised social media to build awareness of your music, particularly TikTok. How important have those platforms been and what tips can you share for aspiring artists that want to follow in your footsteps?

I think in today’s day and age social media is everything if you’re an artist. It’s your way to communicate with fans, share new music and announce things. For someone starting out, I think you just have to jump in, post as much as possible and hope it works. I don’t think there’s one particular way to make it work, it take some stars alleging and hard work and consistency

When did you know you wanted to be an artist and what would you say is the best advice anyone has given you on your journey so far?

Becoming a country music singer has been a dream of mine since I was a kid. It seemed far-fetched and maybe almost impossible, but I’ve always had a passion for music, I just didn’t think I’d be able to make it my career. The best advice I’ve received so far is just to believe in what you’re doing, even when no one else does and to know what you want and go for it, and don’t take no for an answer.

With the world starting to open up again now, have you been able to make some touring plans?

Yes, live music is back and I’ve gotten to play a few shows so far. I’m really looking forward to many more throughout the rest of the year too!

For the rest of 2021, I’m just going to play as many shows as possible, and keep on writing new songs and releasing a few more too!

Jaden Hamilton’s single “Heaven’s Jukebox” is available to download and stream. Watch the video below: