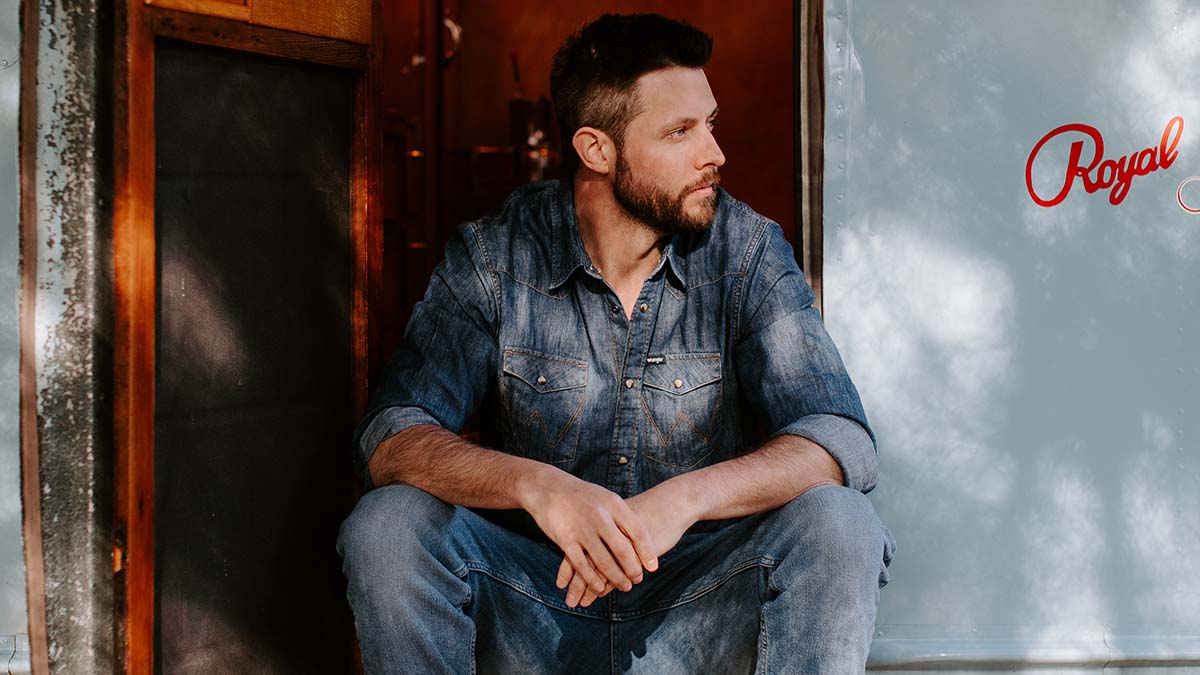 Ray Fulcher was born and raised in Harlem, Georgia before moving to Nashville to pursue his dreams of being an artist.

Over the past few years, he’s found plenty of success as a co-writer on a number of songs for Luke Combs including the number one hits ‘When It Rains It Pours’, ‘Even Though I’m Leaving’, ‘Does To Me’ (featuring Eric Church) and “Lovin’ On You”. Now Fulcher is putting the focus on his own career as an artist with the release of three new songs (available to pre-save now) on Friday (25th June) to coincide with his Grand Ole Opry debut.

I caught up with Ray to discuss his new music, find out how he’s feeling ahead of his Opry debut and to talk about the success he’s had with Luke Combs…

You’re making your debut at the Grand Ole Opry this week. How are you feeling about it?

Really, really excited. It’s one of those things where it’s almost hard to believe that it’s here. I’ve dreamed about this for a long, long time and it’s here this week, which is both very exciting, and equal parts unnerving. If you don’t get some nerves on that stage, you’re not human. I’m really excited. I feel like it’s one of those turning point moments in your career. If you get to play that stage it feels like you’ve got a lot of good stuff happening. Hopefully, we’ll be able to look back on that moment as one of those turning point moments.

It’s cool, like you said, because you get asked. You don’t apply for it, they ask you, which is really awesome. It is very validating because you’re like, ‘well, there’s only one way to get to play the Opry and that’s to be asked’.

Do you think he will be nervous when you step into the circle and get ready to start performing?

I think I’ll be more nervous before, leading up to, but then the moment of it I think it’ll be be OK once I get up there and start singing, you know. The way I combat nerves is to just focus on what I’m doing instead of what’s going on around you.

To mark the occasion you’re releasing three new songs – ‘Girl In It’, ‘Way Out’ and ‘Bucket List Beers’. Why did you decide to release all three of those songs at the same time?

We recorded so many songs over quarantine. Jonathan Singleton and I had recorded 12 songs, and the fans had heard some of them, and I felt like the fans deserve more than just one song even if we weren’t ready to put out a whole EP or album. I was like, ‘let’s find a way to try to give more than just one song’ so we landed on those three and I’m excited about people haring them.

Do you have a favourite among those three?

These three songs are the first new music you’re releasing on Black River as an artist. Black River is such a well-respected company. What’s it like to be part of that family?

Oh man, it’s awesome. We’ve been really wanting a record deal for the last couple years. When I say want, I mean we’ve been looking for the right kind of fit, somebody who really saw the vision the same way we saw it and someone who would want to jump on to what we were already doing and take it to the next level. That right partner happened to be Black River. I couldn’t be more thankful. It’s really awesome to be associated with them. Kelsea (Ballerini) is killing it and just the whole staff is very excited about what we’re doing. That’s the biggest thing for me, is just being with a company like Black River, who like you said is very respected, but also is very excited about me and what we’re doing.

All of these hits you’ve been having with Luke Combs must have helped to land that record deal. The songs you’ve written with Luke have helped catapult him to the top of the charts. What’s it been like to be part of that journey?

It’s been a dream come true because we came up together. I got to see from the bottom up. I actually met Luke the first week that I moved to town but he hadn’t moved yet. When he moved a few months later, we reconnected and shortly thereafter we started writing, when neither of us had anything going on. To have a ringside seat to watch that meteoric rise has been otherworldly. I’ve learned a lot from him, just watching how he handles his business and watching how he does things.

What’s funny is I moved to town to be an artist, then the songwriting stuff had success first, which is awesome. Nothing ever works out like you plan. I was very blessed and very successful and for the whole time I was still working on my artist stuff behind the scenes independently. Now I get a chance to do that with a record label. His first record broke so many records, and then the second one broke streaming records, and then had five songs in the Billboard Top 25. Just to be a part of that was sort of just like, ‘is this really happening? Is this real life?’ You don’t even dream that you’re just kind, ‘I want awesome songs that people have heard’ and then to have eight songs on the first record and nine on the second, and to have those songs do what they’ve done… man, it’s hard to even really comprehend some of that stuff.

Has having that success with those songs enabled you more freedom as an artist in your own right because you’ve already got a proven track record?

Absolutely. It definitely helps. We said early on that we’ll write some stuff that we’re going to love. We didn’t really know or understand what Nashville is looking for or what type of songs they’re looking for. We didn’t really understand how to play that game so we just were like, ‘let’s write songs that we love, that we’re gonna be proud of and let’s just see where that lands’. For that to have worked so well, I’ve just used the same thing for me. What are one of the songs that I believe in and feel the best about and then I think, ‘let’s go try to win with those’.

You mentioned earlier that you’ve written a lot during the pandemic. How have you found that time?

I definitely used it to my advantage. We recorded a lot of songs and I wrote a lot of songs. I was still touring like crazy as an independent artist before the pandemic so when that came it gave me finally a little bit of a breather and reset that I feel like I’ve been needing. The first six months was awesome, and then I hit that low where I was wondering what’s happening next. I knew I was going to keep writing stuff but I was just trying to figure out when, if ever, this thing was gonna end. It was a tale of two halves for me. I just hit the ground running the first six months and wrote a bunch of songs and tried to do a bunch of stuff online and we recorded a lot of music. Then the next six months was, ‘where do we go from here?’ I continued to write but I was trying to wrap my mind around what the next chapter looked like.

To go from touring constantly to not being able to for 18 months must have been difficult and frustrating?

Oh it definitely was. That first couple of months was definitely a breath of fresh air because I been on the road so much. After that it was definitely frustrating not be able to do that and not feel like you could connect with any type of fan or any kind of crowd. Just like anybody, we all at some point got screen fatigue where everything was virtual and that can only go so far. As great as it was to be able to have an outlet, it got tough there for a while because you’re like, ‘golly, when are regular shows ever going to come back?’

When the world does open up again, and the signs are looking positive, will you be including the UK on your tour itinerary?

We’re fast approaching the second half of the year. Is there anything else you want to fit in before Christmas rolls around?

I’m just really trying to focus on these songs and this tour this Fall with Luke Combs and Ashley McBryde. It feels like coming out of the pandemic, at least over here, from July till probably mid-December, I don’t know that I’ll have time to do anything else (laughs). I’ll be on the road so much. I did buy a house during the pandemic and I still haven’t quite like I want but that’s OK (laughs).

Did you learn any new skills this past year?

Yeah, I did. I learned to do my own demos, not like full demos, but I have a setup where I can sing demos, so I’ve learned how to use that software and stuff. That’s something that’s going to be a big help moving forward. As far as any other skills, not a ton because I was still writing and working so much just in a different way. I probably took advantage of just some downtime, especially those first couple months. It’s been closer to normal in the last month but I did learn the interface and this Universal Audio stuff. I have a little setup in my house, which is something I always wanted and just never did.

In this article:Featured, Ray Fulcher