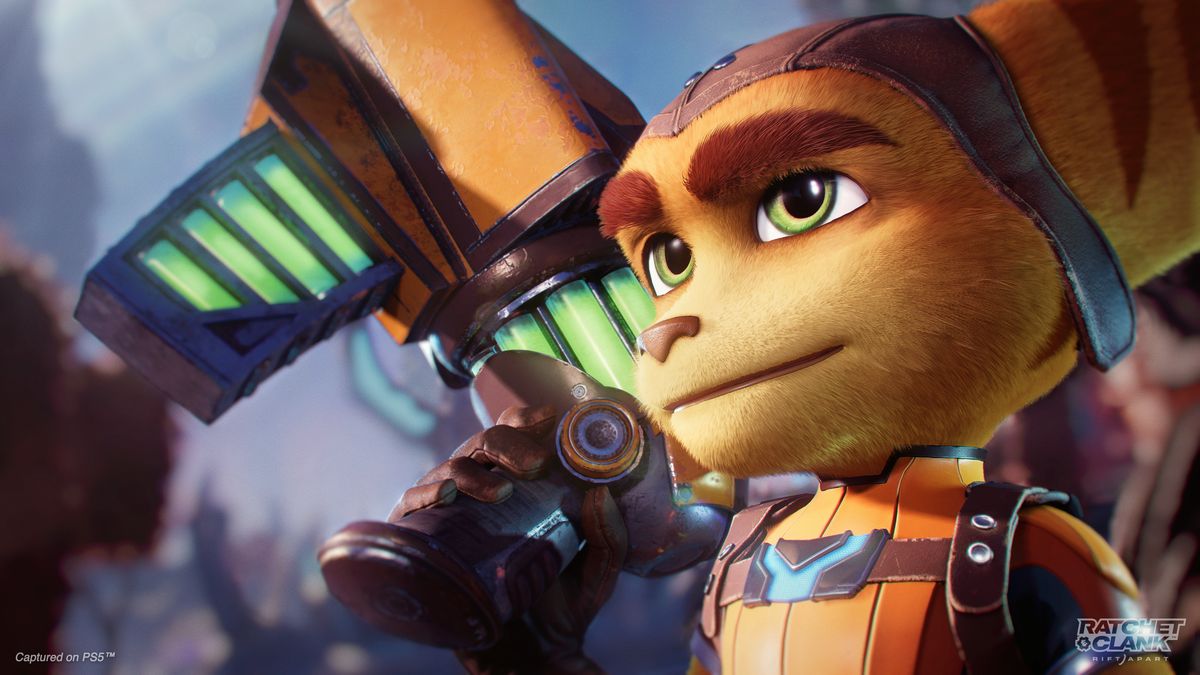 Blasting onto PS5 consoles today Ratchet and Clank: Rift Apart sees the intergalactic adventurers back with a bang!

The story follows Ratchet and Clank as they travel across a number of different planets; from the electrifying off-the-wall nightlife of Nefarious City, to the exotic and acidic swamps of Outpost L51 on Sargasso, and the treacherous Molonoth. In the process they meet Rivet, a female Lombax and a new playable character for the series. Together they assemble a staggering arsenal of weapons, including classics like the cutting-edge Buzz Blades, as well new destructive tools such as the Blackhole Storm and Negatron Collider.

Built from the ground up exclusively for PS5, the game is all about dimension hopping between action packed worlds at mind blowing speeds, complete with dazzling visuals and an insane arsenal of outrageous weaponry.

Thanks to the PlayStation 5 console’s ultra-fast SSD, you can traverse a variety of planets and their interdimensional counterparts near-instantly. These near-instant load times defy expectations by introducing dimensional variants of beloved classics that contain new twists and stories to tell.

EF Games will have a full review of Ratchet & Clank: Rift Apart later this month.