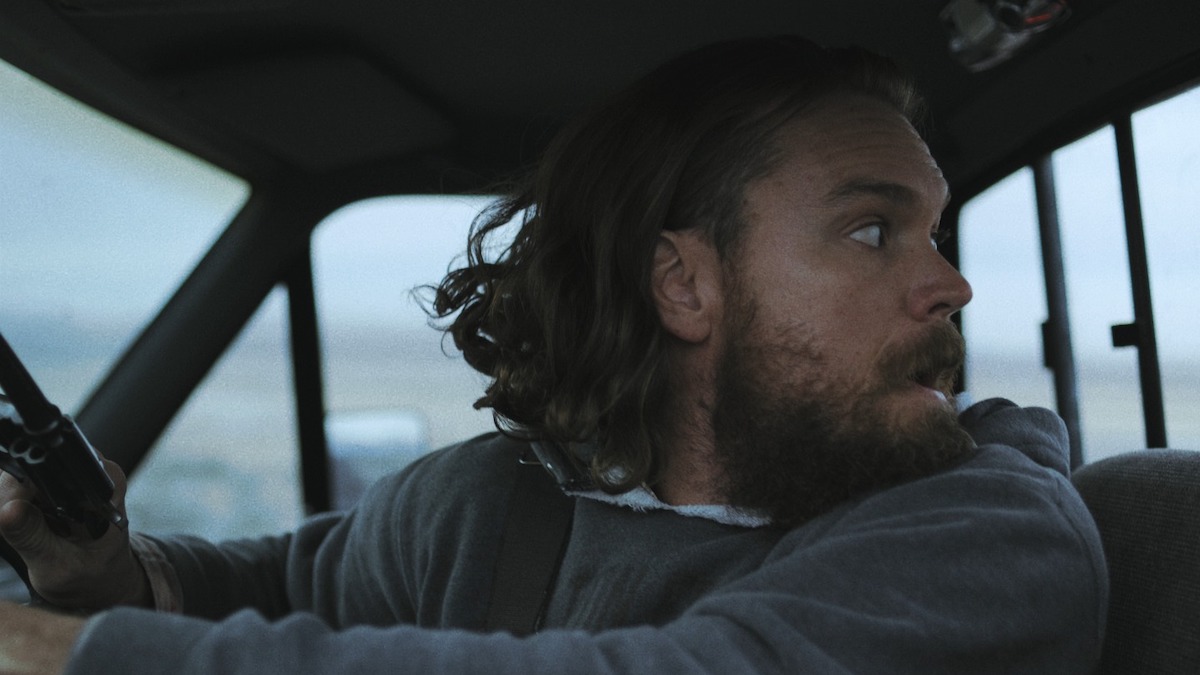 With its ominous title, and opening scene featuring a man stood over the bed of two people sleeping as he points a gun at them, you know full well that this film is building towards something. The spectre of violence haunts every frame of this superb film from writer-director Robert Machoian. ‘The Killing of Two Lovers’ is a lean, rural drama examining a marriage falling apart, and the chasm-like rifts this causes in the fragile male ego.

The man stood over the bed is David (Clayne Crawford). The woman in the bed is his wife Nikki (Sepideh Moafi) and the man is her lover (Chris Coy). When he hears his kids in the next room, David comes to his senses and slips away unnoticed. We learn that David and Nikki are going through a trial separation to try and save their marriage, but they agreed to see other people during this time. It would be an understatement to say that David has not fully adjusted to this idea.

Crawford delivers a sensational performance. Brilliantly tapping into the fragility of male rage, he is a ticking time bomb. On the surface he is compassionate and understanding of their situation, and he lovingly dotes on his kids. But just underneath he is drowning in anger and toxic jealousy. The seeing other people arrangement was evidently Nikki’s escape route from this marriage. But in a small town, where everyone knows your business, and your estranged ex is now living 100 yards up the road with his father, getting out clean was never going to be easy.

Filmed in rural Utah, Machoian and cinematographer Oscar Ignacio Jimenez give the film an evocative sense of place. Making stunning use of academy ratio photography, ‘The Killing of Two Lovers’ which in truth is an intimate and claustrophobic drama, is given a sweeping sense of epic scale. Shooting in spectacular deep focus, similar in a way to Alfonso Cuaron’s ‘Roma’, Machoian keeps the action in the foreground, often in static closeup, whilst the image is framed by the incredible mountain ranges in the distance.

It’s impossible to talk about this film without mentioning the exceptional use of sound, which takes you directly into David’s faltering mental state. The use of repetitive motifs is brilliant, suggesting things that came before, as well as the dark ideas fomenting in his mind right now. It’s a discordant and unnerving technical aspect to the film, and serves to further ratchet up the tension as the wind up to the inevitable explosion of violence gets ever closer.

The last twenty minutes are so tense, and played with such visceral realness, I felt like I was witnessing what was happening in person. I don’t think I took a breath for the entire final act. ‘The Killing of Two Lovers’ is an icy cool, and flawlessly executed drama, and if it’s playing near you then you should definitely check it out. If it’s not, then catch it on Curzon Home Cinema.