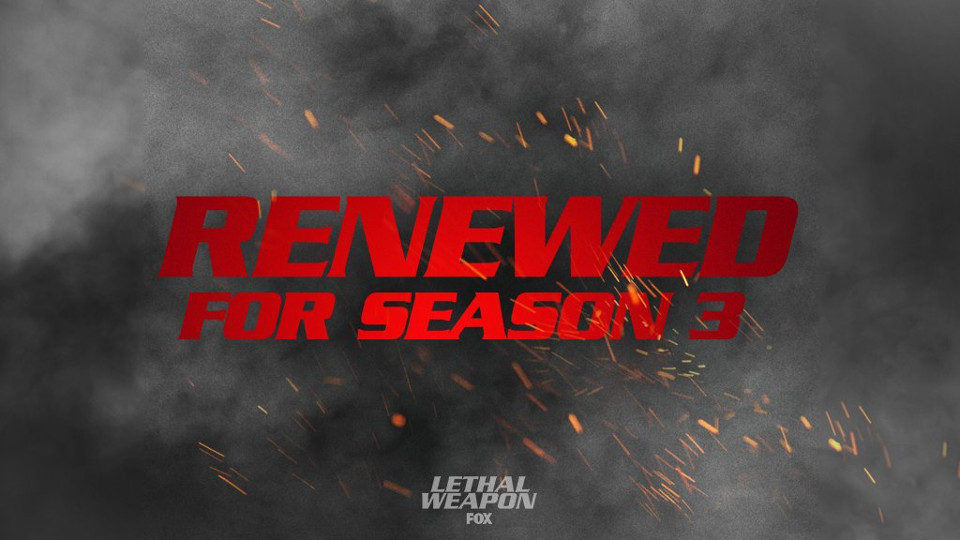 There’s been so many TV show renewals and cancellations the past week it’s been hard to keep up. One we’ve been keen to hear news about is whether Lethal Weapon was going to get a season 3 or not. The news is now in from Fox and there’s good and bad news for fans of the show.

The good news first is that Lethal Weapon is definitely coming back for a third season. Here’s the tweet from the official Lethal Weapon Twitter confirming the renewal.

The bad news is that the show will be returning without Clayne Crawford who played the role of Martin Riggs. There appears to have been a couple of incidents on the set which had led to Crawford being fired, despite him issuing a very public apology:

Crawford also seemed to have the support of many of his fellow cast members. We’d come to love Crawford in the role over the first two seasons and will be sad to see him go.

Fox have announced that Seann William Scott (American Pie) will be the replacement actor to star alongside Damon Wayans. It’s not clear at this point which character he will play, but it does sound like it will be a new character who pairs up with Murtaugh.

Watch the Lethal Weapon season 2 – Best of Broments video below:

EF Television will bring you more information on Lethal Weapon season 3 as it is announced.