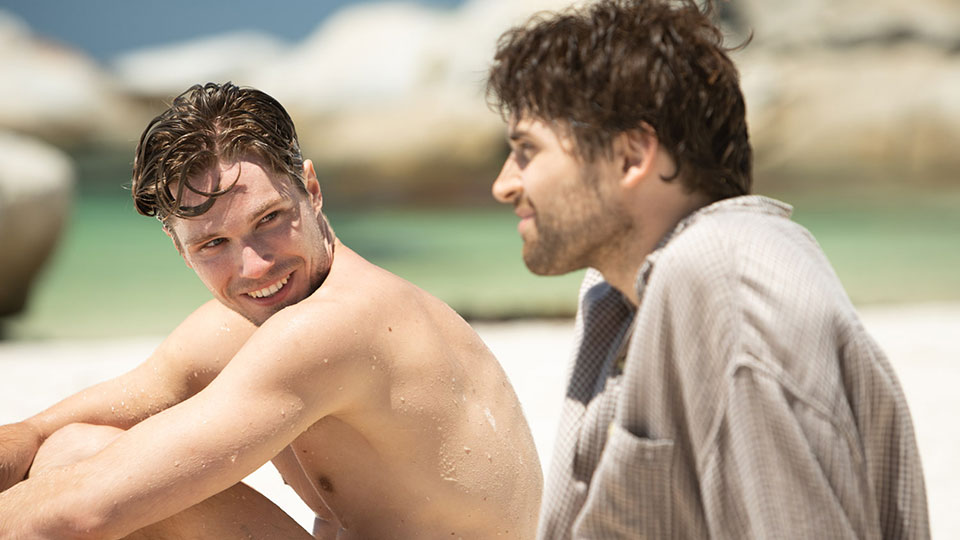 Closeted teenager Nicholas (Kai Luke Brummer) is conscripted to the South African army in 1981, where he is sent to defend the apartheid regime. Battling his way through his compulsory service, Nicholas hides his sexuality and struggles to fit in with the rest of his squad, thanks to being of English descent. As Nicholas tries to appear ‘normal’, his head is turned when he strikes an unexpected bond with a rebellious group member, that threatens to endanger both of them.

Moffie is a hard-hitting film from writer/director Oliver Hermanus that’s as intense as it is violent and shocking. The film explores the divide between the Afrikaans in the squad and Nicholas, who has an English mother. At first it’s his cultural background and upbringing that some of his squad mates have an issue with but soon it’s his sexuality, which even he doesn’t seem to fully acknowledge, that is likely to cause him the biggest headache.

We see Nicholas thrown headfirst into a world that he finds incredibly unfamiliar. His drill sergeant, Sergeant Brand (Hilton Pelser), makes it clear from their first meeting that he won’t be treating Nicholas with any courtesy. Brand is a scary and aggressive character that puts the fear of god into his squad. His foul language and actions are relentless, wearing his squad down day-after-day.

As the plot evolves and the suspected gay men in the squad are picked out and removed, Nicholas realises just how important it is for him to keep his sexual preferences hidden. A glimpse at his childhood shows us how he’s learned to suppress his needs and censor himself, but his burgeoning friendship with Dylan (Ryan de Villiers) threatens to land them both in hot water.

Performance-wise Kai Luke Brummer and Hilton Pelser are the standouts. Brummer is very good at bringing Nicholas’ naivety to the fore while finding his character’s unexpected strength and resilience. Pelser on the other hand revels in playing the antagonist and his performance is actually pretty scary at times.

The film’s conclusion is the only real disappointing aspect of Moffie. After a lot of build-up, and perhaps a slightly over-long running time, we aren’t really given any satisfactory conclusion. The final scenes are ponderous and open to interpretation, which is unlikely to sit well with everyone.

Moffie is a well-made film that benefits from a strong story, a strong cast and strong direction. It’s brutal, hard-hitting and not always an easy watch, but it captures a period in time remarkably well. While Moffie may not be perfect, it’s very much well worth your time and it’s a refreshing addition to LGBTQ cinema from a perspective that most certainly hasn’t been done to death.