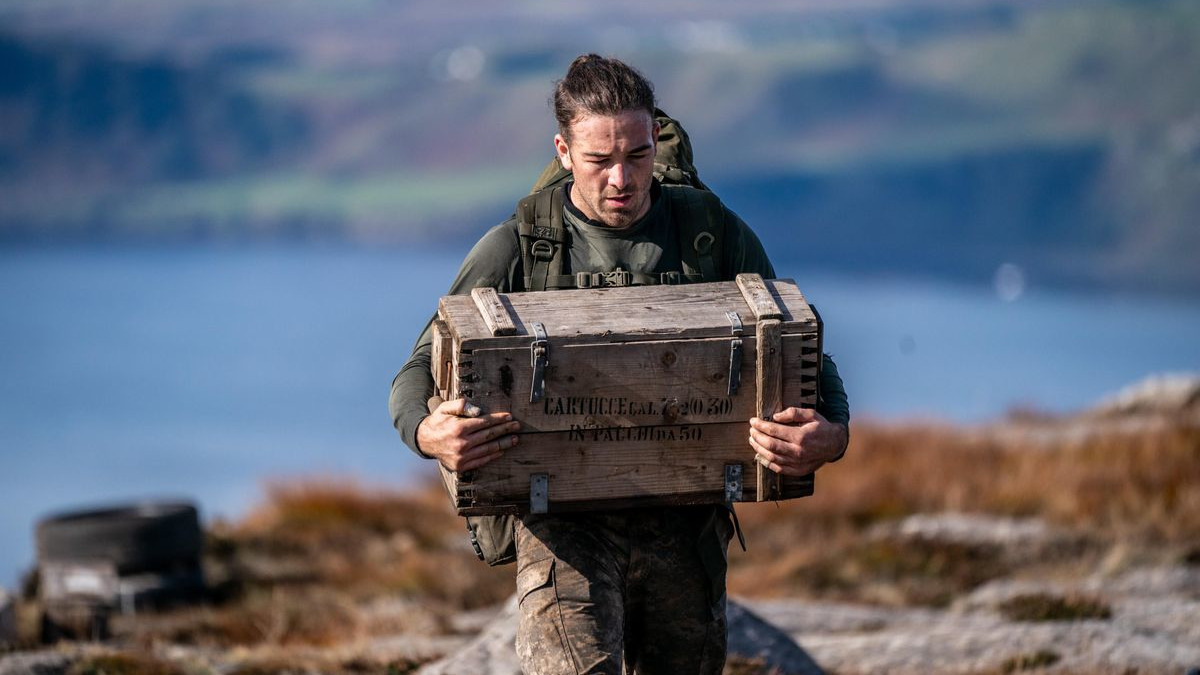 On the latest episode of SAS: Who Dares Wins season 6 the remaining recruits moved into the fifth phase of selection – Escape and Evasion.

In episode 5, the theme was Leadership. Before the next challenges took place, numbers 12, Reanne and 14, Jaime both decided to withdraw. This left just eight recruits on the course.

In pouring rain, Ant explained that things were about to get tougher. He picked number 3, Justine to lead team Alpha and number 4, Sean to lead team Bravo. The pair took turns to select their team mates. Justine went with numbers 7, Lauren, 10, Kieran and 18, Tyler. While Sean went with numbers 9, DJ, 16, Connor and 19, Adam.

The first challenge was murderball, which is like rugby using a tyre. Team Bravo impressed with their communication and teamwork. Team Alpha had a hard time keeping up and initially struggled. Ant was disappointed with Justine’s leadership and Billy urged her to sort it out. Team Bravo took the first three rounds but Team Alpha managed to force a draw in the final round.

The next challenge saw the teams competing to each carry a 95kg boat 2 miles while wearing their 20kg bergens. Bravo stormed into the lead but were slowed down trying to navigate a fence. Meanwhile Alpha caught up and chose to drag their boat through shallow water. Their gamble paid off and Alpha managed to finish first.

Once both teams had moved their boats, they needed to capsize them in the freezing water. They would then have to flip it back over and get back in. To achieve this one member needed to hang on the underside of the capsized boat. Both teams accomplished the task.

The teams were ordered to jog to get warm but it was too much for Lauren and she withdrew. Both teams then faced off again with a tougher version of the challenge. This time they had to take their bergens with them. Having lost Lauren, Team Alpha were down to three members. Kieran suggested they tie the bergens to the boat before capsizing. His idea worked and saved their gear floating away. Bravo didn’t strap their bergens in and failed the challenge.

After an exhausting day, the recruits were given just an apple each to eat. What they didn’t know is the DS (Directing Staff) were tiring them all out in preparation for the Escape and Evasion challenge. Before this began they were each given the opportunity to have a video call with their loved ones. Those that decided to take their calls were very emotional. Lauren decided to turn hers down and focus on the task at hand.

At 1am, the recruits were awoken by flashbangs and barking dogs. The DS dragged them out of bed, placed hoods over their heads and drove them to the start of the Escape and Evasion challenge. Each team were tasked with navigating to different rendezvous points using a compass and map.

Justine took control of her team and decided to move at pace along the road. Sean tried to command his team and took them off-road. Alpha made impressive progress while Bravo were slow and began to bicker before being captured by the hunter force.

In episode 6, it’s the series finale and time to find out who has what it takes to pass this condensed version of SAS selection. Over a 48-hour period, the remaining seven recruits go into the most psychologically demanding of all the phases: interrogation. The recruits are hooded and exposed to endless white noise, and face brutal tactical questioning from a specialist team of interrogators.

The few who make it through discover that their plight is far from over. A brutal sickener is waiting for them, on the highest point on the island, and only the physically and mentally elite will pass selection.