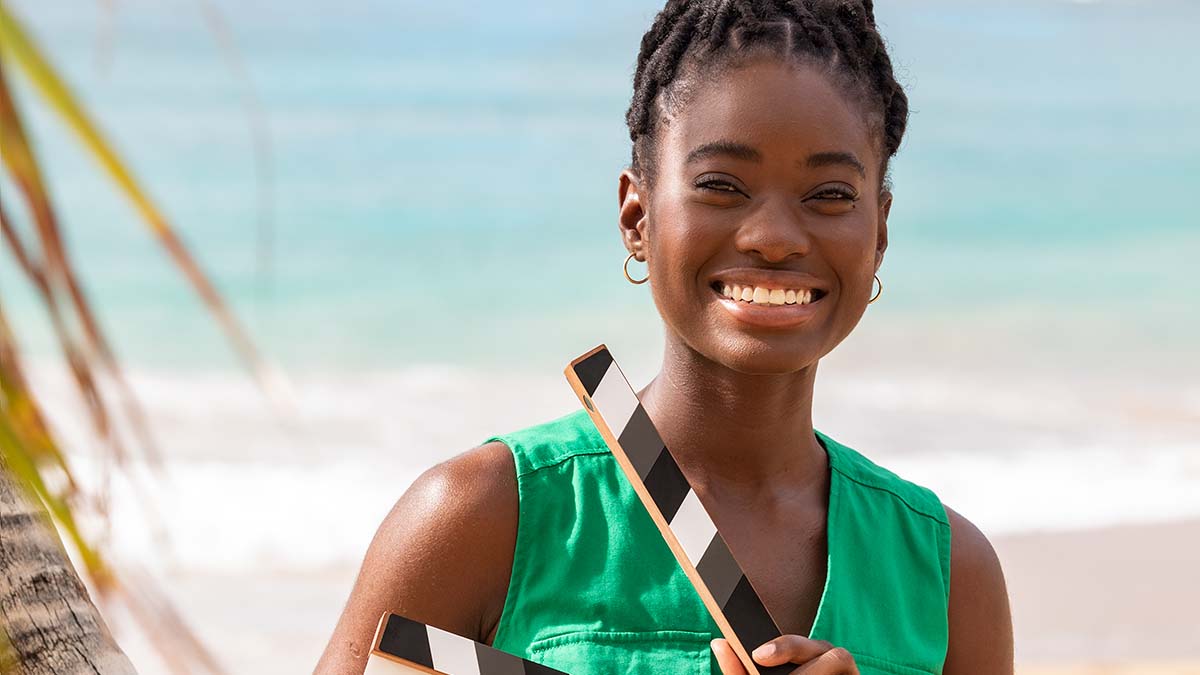 Shantol Jackson (‘Yardie’, ‘Sprinter’) has joined the cast of hit BBC One drama ‘Death in Paradise‘ for series 11.

The new series, which is filming now on the French Caribbean Island of Guadeloupe, will see Jackson play ambitious young sergeant, Naomi Thomas, a gifted officer who has arrived from a neighbouring island to join the Saint Marie Police. But having come from a smaller police force, will her lack of experience get the better of her?

Taking on the role, Shantol said: “I’m so grateful for this amazing opportunity to join the cast of this fun-filled, entertaining series. I used to watch Death in Paradise with my dad in Jamaica years ago when it just started and to now be in the show, knowing that he’ll be watching me, it’s truly a surreal moment. Looking forward to adding to the magic!”

At the end of the tenth anniversary series, which averaged nearly nine million viewers, fans saw JP leave Saint Marie, trainee officer Marlon Pryce become a permanent member of the team, and Neville on the cusp of revealing his true feelings for Florence, leaving audiences on the edge of their seats.

Series eleven will see even more mysterious murders, guest stars galore, huge surprises and plenty of twists. How will Marlon cope without JP? Will Neville disclose how he really feels about Florence and how will she respond to this bombshell? If that’s not enough, could the return of familiar faces to the island cause trouble in paradise?

Executive producer, Tim Key said: “We’re so excited to be back in Guadeloupe and calling action on our eleventh series – and also to welcome Shantol to the cast.  She’s an amazing addition to the team and we can’t wait for the audience to meet Naomi.  We also can’t wait to share some huge surprises we’ve got in store – after the success of our tenth anniversary we’ve set the bar pretty high, so we’re pulling out all the stops to make this our best series yet.”

All series of ‘Death in Paradise’ is currently available on BBC iPlayer.