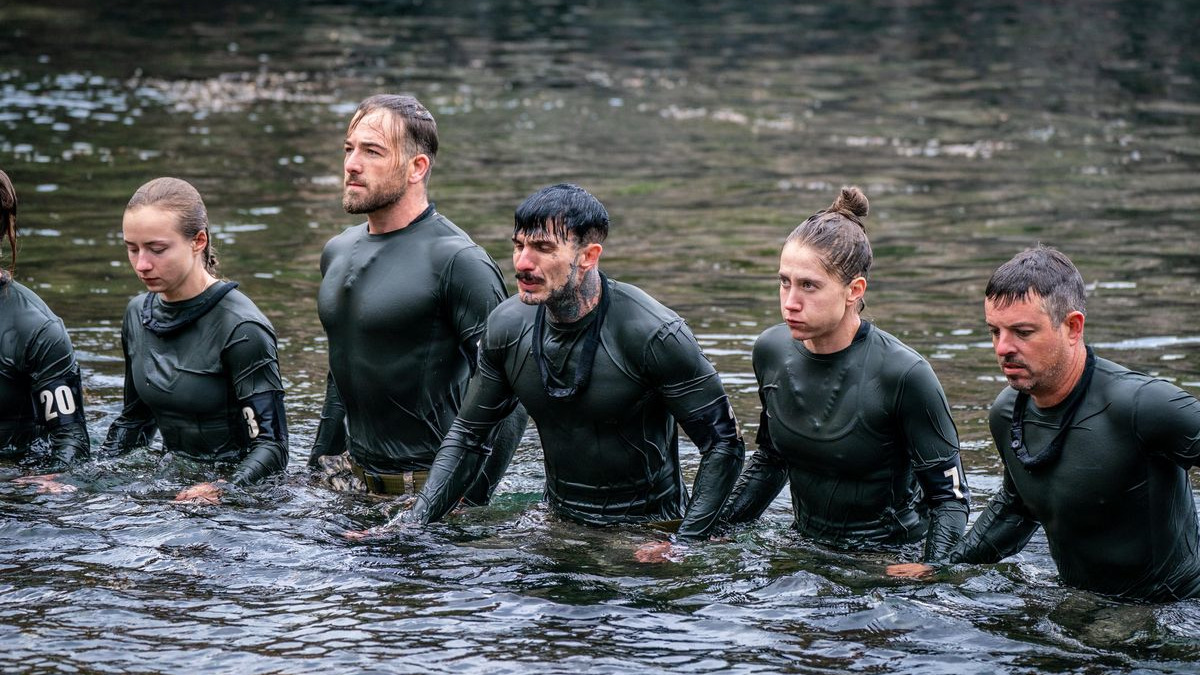 SAS: Who Dares Wins season 6 began last night on Channel 4. Twenty-one men and women were the latest recruits to take on the challenge. As ever the Directing Staff (DS) have upped the challenge to give the new recruits the toughest series yet.

In episode 1, the theme was resilience. Before the recruits even arrived, the DS hijacked their train, dragged them off and had them walk blindfolded. Chief Instructor, Ant Middleton introduced his DS team which was comprised of returning members Foxy and Billy. Also joining the DS team this year was Melvyn Downes, a very experienced ex-SAS operative. He’s also the first mixed race DS team member.

The DS team took no time in putting the recruits to the test. After a freezing shower, the recruits had to race up a 4000-foot mountain while carrying full kit. They then had to race back down again. The quickest recruits managed the task in just over half an hour, while others really struggled. Numbers 17, Shireen and 8, Esther were both ordered to surrender their arm bands during the test. Number 13, Holly, pushed herself to the point of collapse and needed assistance.

After the challenge, Holly was brought in for questioning by Ant and Melvyn. She’s the first trans recruit on the show and spoke of her struggles growing up. The DS felt she deserved a second chance and their talk seemed to help give Holly a boost.

The next challenge involved climbing 150 feet up an oil rig, abseiling back down 130 feet at speed and dropping the final 20 feet into the freezing water. The DS were looking for a time of just 15 seconds for the abseil which proved too much for several recruits. Holly proved herself in this challenge, as did number 1, Ricky. The DS later brought Ricky in and he explained that he was one of the firefighters on call at the Grenfell tower fire in 2017. He spoke of the devastating impact the tragedy had on his life.

Next the recruits faced a brutal beasting after confusion over which kit they needed to wear. They were forced to submerge in freezing water and hold themselves in the plank position until someone quit. Ricky decided he’d had enough and handed his number in.

At the end of the episode, number 5 was called in by the DS. Instead of a grilling he was met with smiles, laughter and a massive sandwich as he’s this year’s mole!

In episode 2, the obstacle for the 17 remaining recruits to overcome over the next 48 hours is fear, as they are sent deeper into the wild and unforgiving terrain of the Isle of Raasay in Scotland. Do they have the mental and physical robustness that they need?

The recruits are put through their paces in a forward abseil; exposed to extreme cold in a water immersion exercise; required to operate as a team in a pitch-black disused tunnel; and they’re forced to channel their aggression while enduring an arduous beasting by the DS.

SAS: Who Dares Wins series 6 continues at 9pm Sunday 16th May 2021 on Channel 4. Preview episode 2 with our gallery: