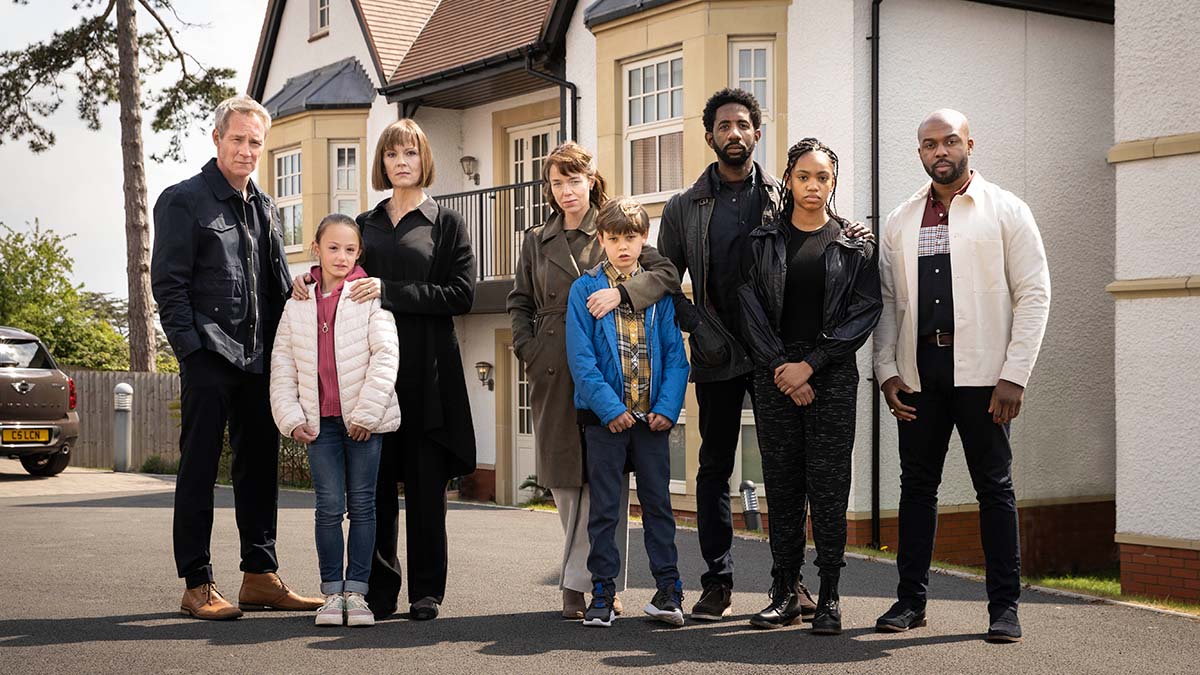 ITV has announced that Anna Maxwell Martin and Rachael Stirling will lead the cast of their new thriller ‘Hollington Drive‘.

The sisters appear close and their families enjoy spending time together. We open on a warm, balmy evening, barbecue sizzling on the patio, the perfect family setting. The atmosphere is chilled, as they lounge in Theresa and Fraser’s perfectly manicured garden. Apart from Fraser’s brother Eddie (Ken Nwosu, ‘Sticks and Stones’) winding everyone up, there’s hardly a hint of tension, but this is the calm before the storm.

When Theresa’s ten-year-old son, Ben (Fraser Holmes) asks to play in the nearby park with his cousin Eva (Amelie Bea Smith), the adults begin to niggle. Fraser is relaxed and is fine for them to go, but this doesn’t help Theresa’s fears of foreboding and growing feelings of anxiety.

As expected the children don’t return on time, and Theresa goes in search. Her suspicions are heightened when she finds the children on the edge of a woodland area and they appear to be fighting. Immediately her instincts tell her something terrible has happened.

This is all too realised when later that evening distraught neighbour, Jean (Jodie McNee, ‘Little Boy Blue’), calls on the family.  Her ten-year-old son Alex has gone missing…

Commented Sophie Petzal: “I am absolutely thrilled to be working with Jonathan Fisher and West Road Pictures once again to bring our project ‘Hollington Drive’ to ITV. We hope it will keep audiences gripped to their televisions.”

Jonathan Fisher commented: “We’re so excited to have started filming on ‘Hollington Drive’, and to have attracted a top-rate cast led by the exceptional Anna Maxwell Martin and Rachael Stirling. We can’t wait to share this captivating and surprising story with the ITV audience.”

‘Hollington Drive’ is filming in Wales. It was commissioned by ITV’s Head of Drama, Polly Hill.