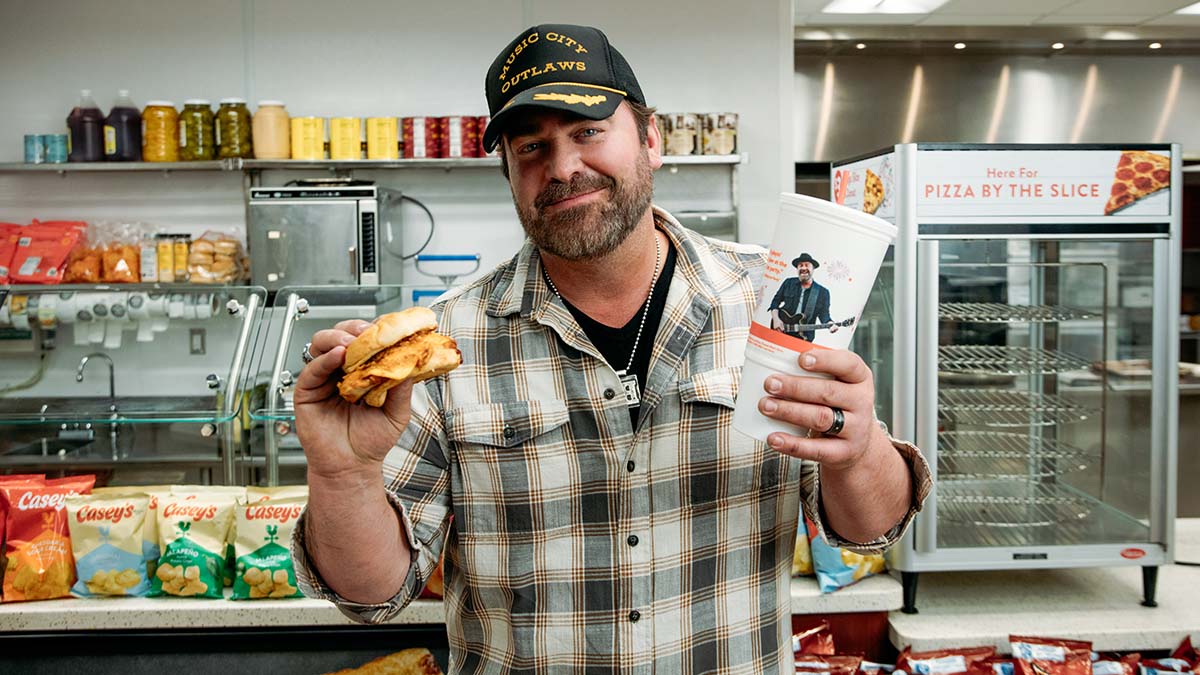 Award-winning Country singer-songwriter Lee Brice is riding high on the back of three consecutive number ones.

He just picked up two awards at the recent ACMs for his collaboration with Carly Pearce, ‘I Hope You’re Happy Now’ and he’s preparing to get back out on the road as the world starts to recover from the pandemic. Brice has also partnered with US convenience store chain Casey’s for their ‘Summer of Freedom’ sweepstakes, which will see the star perform in the hometown of one lucky fan.

I caught up with Lee to talk about the partnership, discuss his awards success and to find out about the new music he’s been writing…

You’ve been picking up plenty of awards recently and at the ACMs you took home two for your collaboration with Carly Pearce, ‘I Hope You’re Happy Now’. That song seems to have a life of its own doesn’t it?

Yeah. It did from the very beginning. It was really cool to get an award, it’s like icing on a cake. We’re lucky to be making music for a living. That song… ever since Carly came to me and invited me to be a part of it, it felt really special. To watch it do what it did and to be a part of it, I felt like the lucky guy on the side.

Did you have any idea when you put your vocals on that and got involved that it was going to turn into this huge hit?

You know, I didn’t know because it was a classic country song to me and I didn’t know what people were gonna think about that. I knew I loved it. I think what happened was a lot of folks didn’t really know what classic Country music sounded like so it was new to them. I feel like maybe it was a hip thing for them and they just fell in love with it.

You also picked up ‘Song of the Year’ from the Nashville Chapter of the Association of Independent Music Publishers for ‘One of Them Girls’. That must have felt good?

Yeah, it’s fun. That one especially, that’s voted on by publishers and songwriters, specifically. For a songwriter, Song of the Year, especially oted by your peers, it’s really special, extra special.

You’ve just partnered with Casey’s for their ‘Summer of Freedom’ sweepstakes. What does that entail?

They’ve got a great plan this year and had such a cool idea of ‘Summer of Freedom’, us getting back together and us being able to go see live shows, and just being able to socialise together. They came up with some really cool ideas that reminded me of my childhood and I really enjoy being a part of. The big grand prize is something that I get to be a part of. I get to get my whole band together and go to some little town, wherever that person is who gets that grand prize, I get to go play a full show. which in itself is just fun for me. It’s really easy to do. You go sign up for the Casyes Rewards and once you’re signed up, if you’re shopping at Caseys, you’re always able to win a prize and then hopefully that grand prize of us coming to your town to play a show.

The ‘Summer of Freedom’ is the perfect phrase right now as the world is slowly opening up and we’re inching towards normality. Are you going to be able to properly get out and tour this summer?

Yeah, a couple of weeks back we hit our first true weekend with buses, a full stage and a full band, and all that stuff. It was a little intimidating at first because we hadn’t done it in so long like that. It was fun getting our feet back up under us and we’re so looking forward to this summer it’s piling up.

It must have been frustrating for you to put out the album ‘Hey World’ last year and not be able to tour it. Is that going to be the focus of your live shows or have you been working on new music?

You’ve had eight number ones in your career so far, and your last three were back-to-back. Does that put more pressure on you when you’re writing new material?

You were supposed to be here this summer to tour but the pandemic hasn’t made that possible. Will you be rescheduling those dates?

Yeah, we are looking at it. We really were so excited to get over there so as soon as it can happen again, we’re going to be on it because that was one of the last things that we were just really kind of gearing up for. Just like everything else, it got jerked out from under us. We’re excited to get over there. There were a lot of things we were excited to be doing and that’s now still way up there on our bucket list.

Is there anything else you’re hoping to pack in before Christmas rolls around?

You know, there’s not a whole lot else I can fit in other than getting outdoors and spending time with the family. That’s (what I’ll do) where I have any spare time. I’m producing some records and some stuff like that. I’m building a studio. That’s all stuff that I love to do. I’m just living the music life and the family life, and that’s all I need.

As you’ve been writing so much new material, is there a Christmas song on the horizon?

I actually recorded a Christmas song last year, right before Christmas. It was too late to get out. We’ll probably put that out this year and I might do some more.

Can you give me any hints as to what fans can expect?

It’s a whole ‘nother take… a pretty rock and roll version of ‘Go Tell It On The Mountain’. I just always had it in my head and I thought, ‘I want to do it like this and see what happens’. It’s pretty cool.

Did you discover any new hobbies or learn any new skills during the pandemic?

Well it wasn’t new but it was definitely more in depth and showed me a lot, being able to spend the amount of time with my children and my wife. You think you know your kids until you spend 24/7 with them, all day, every day. That was a blessing. It taught me a lot about my priorities and how much I’m going to be booking shows and how much I’m going to be carving out that time to be home and be there with the family because it’s important.

Having been able to do that, is it going to make going back on the road harder?

It is going to make it harder to get on the road. All they ever knew was Daddy’s gone a lot and he’s coming home, and we have fun when he’s home and then he’s gone again. Now it is definitely gonna be harder especially as they are different ages. Trulee is not going to understand at first. She’s going to be like, ‘wow, where’s Daddy going?’ (laughs)

Lee Brice’s album ‘Hey World’ is available now. To find out more about Casey’s ‘Summer of Freedom’ head on over to https://www.caseys.com/summer.

In this article:Featured, Lee Brice