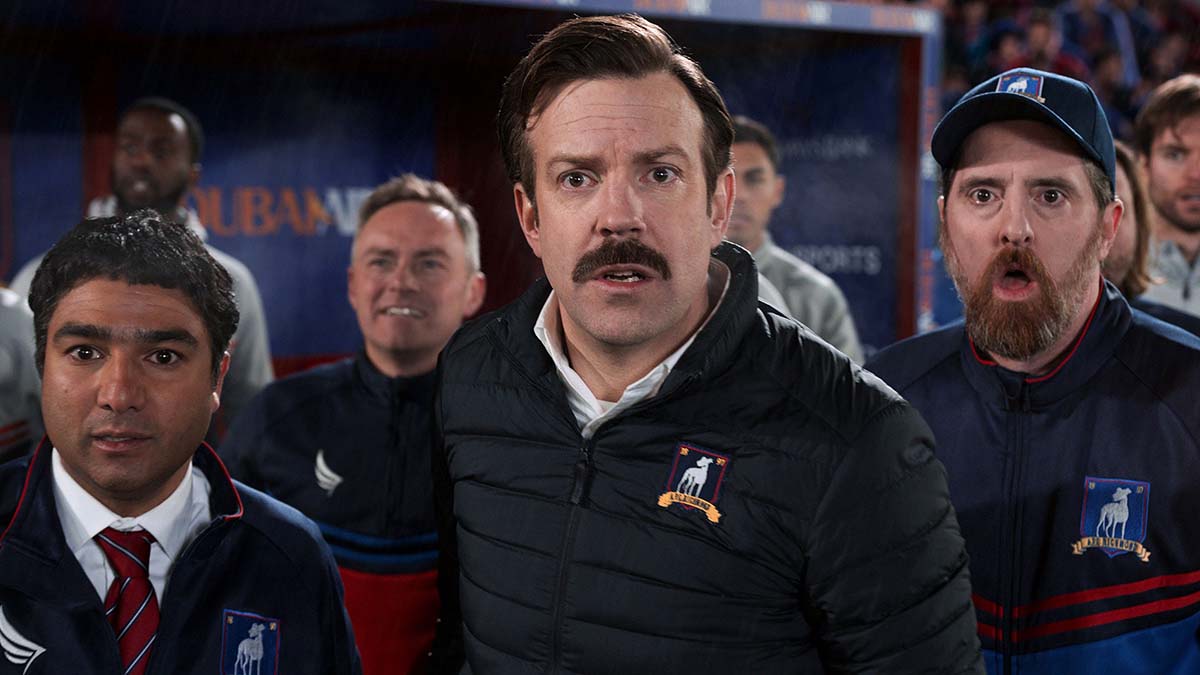 Apple has confirmed that ‘Ted Lasso’ will launch its second season on Friday 23rd July 2021.

In ‘Ted Lasso’ Sudeikis stars as Ted Lasso, a small-time American college football coach from Kansas hired to coach a Premier League team despite having no experience coaching the English game.

The series recently triumphed at the 2021 Critics Choice Awards sweeping every category it was nominated in and securing wins for Best Comedy Series, Best Actor for Jason Sudeikis and Best Supporting Actress for Hannah Waddingham.

Since its debut in August 2020, the comedy has continued to be recognised with a multitude of awards and nominations, recently earning Sudeikis a Screen Actors Guild Award for Outstanding Performance by a Male Actor in a Comedy Series and a Golden Globe Award in the Best Comedy Actor category.

It also landed two Writers Guild Awards for Best New Series and Best Comedy Series, nominations from the Producers Guild of America for Comedy Series, as well as honours from many other guild and critics groups. ‘Ted Lasso’ was also the only comedy series honoured as an AFI Program of the Year.

In addition to starring, Sudeikis serves as executive producer, alongside Lawrence via his Doozer Productions, in association with Warner Bros. Television and Universal Television, a division of NBCUniversal Content. Doozer’s Jeff Ingold also serves as an executive producer with Liza Katzer as co-executive producer. The series was developed by Sudeikis, Bill Lawrence, Brendan Hunt and Joe Kelly, and is based on the pre-existing format and characters from NBC Sports.

The complete first season of ‘Ted Lasso’ is available on Apple TV+ on the Apple TV app.

In this article:Apple TV+, Ted Lasso