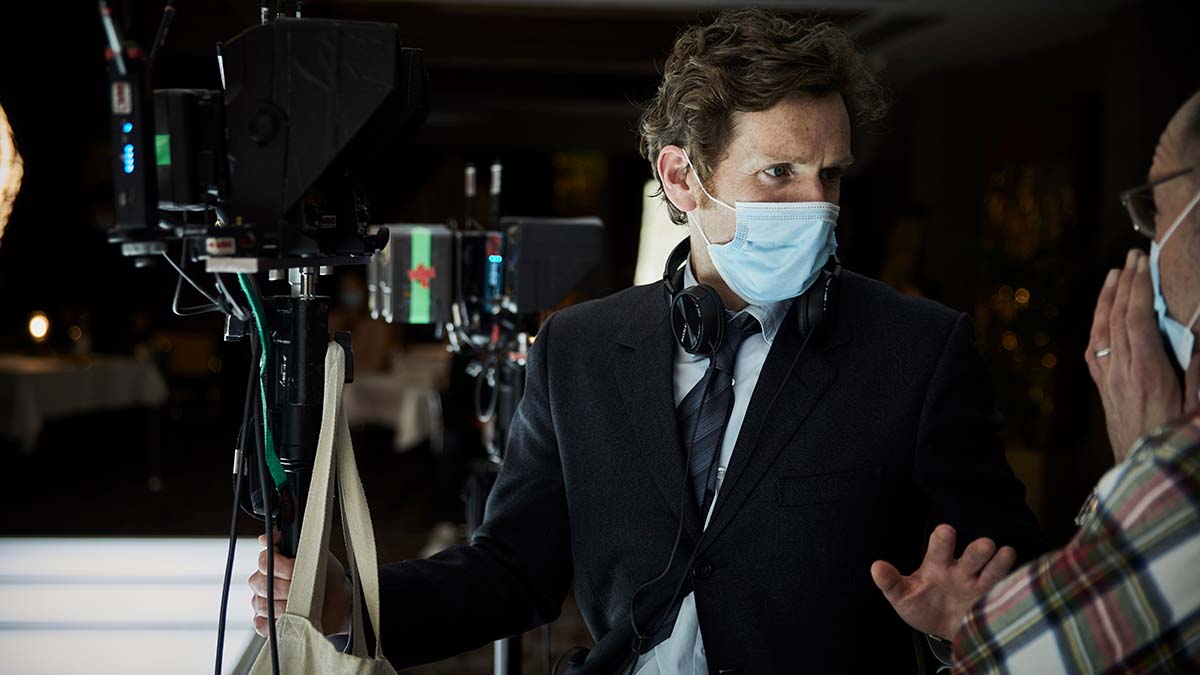 The first images of Shaun Evans on the set of ‘Endeavour‘ series 8 have been released by ITV as production begins on the new series.

As well as reprising his role as DS Endeavour Morse, alongside Roger Allam as DCI Fred Thursday, Evans will direct the first of the three new films. The new series is written and created by Russell Lewis.

Opening the series in 1971, a death threat to Oxford Wanderers’ star striker Jack Swift places Endeavour (Shaun Evans) and his team at the heart of the glitz and glamour of 1970s football, exposing the true cost of success and celebrity, and with it, a deep-rooted division that is soon reflected much closer to home.

Series 7 of ‘Endeavour’ averaged 6.1 million viewers across all devices across its three episodes. This rose to 6.8 million when we include viewing up to 28 days. The series has had 2.3 million programme streams on ITV Hub since it launched back in February 2020.

“After our longest suspension, all at #TeamEndeavour are delighted to have been returned to duty. If anything, the delay has made us all determined to make series eight everything it can be. Happily, it looks as if our timeline has endured the hiatus and that we will still be delivering our vision of 1971, albeit through an Endeavour glass darkly, exactly half a century on. Social distancing and strict insurance regulation with its bubbles and cohorts mean that backroom boys like me and the other execs haven’t been able to get out to set as usual, but all the same we’re very fortunate to be back in business at all and count our blessings daily. It’s truly lovely to be back telling new stories with Oxford’s Finest. I hope the audience finds they’ve been worth the wait.”

‘Endeavour’ is set to return to ITV later this year and will be distributed internationally by ITV Studios.