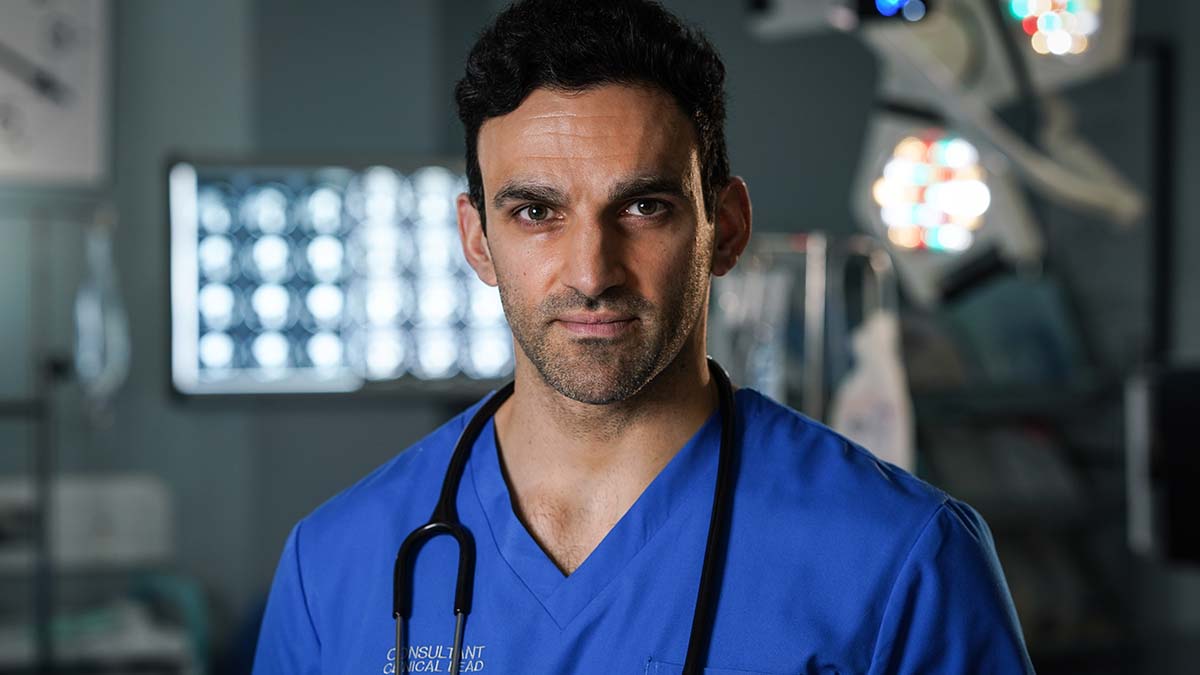 Ghadami will play Holby’s new Consultant Cardiothoracic Surgeon Eli, who is described as a talented, if slightly idiosyncratic surgeon. Excitable, passionate and exploding with energy, Eli puts work above everything.

Davood says: “I am absolutely thrilled to be joining such a brilliant show. ‘Holby City’ is renowned for its quality storytelling and I’m excited for the audience to meet Eli and watch the drama that unfolds on his arrival!”

Sean Gleeson, Series Producer of ‘Holby City’ says: “We’re delighted that Davood has joined us. We are more than excited to welcome Davood from ‘EastEnders’ to ‘Holby’ and know that he is going to be a fantastic addition to our cast.”

Ghadami is well-known for his role as Kush Kazemi in ‘EastEnders’. He starred in the BBC One show from 2014 and set pulses racing when he joined as Albert Square’s latest ladies’ man.

On stage, Ghadami has played Amir in ’13’ at the National Theatre, as well as working extensively for York Theatre Royal and Pilot Theatre.

Ghadami will make his on screen debut as Eli later in the year.

‘Holby City’ is a BBC Studios production for BBC One and continues on Tuesdays.