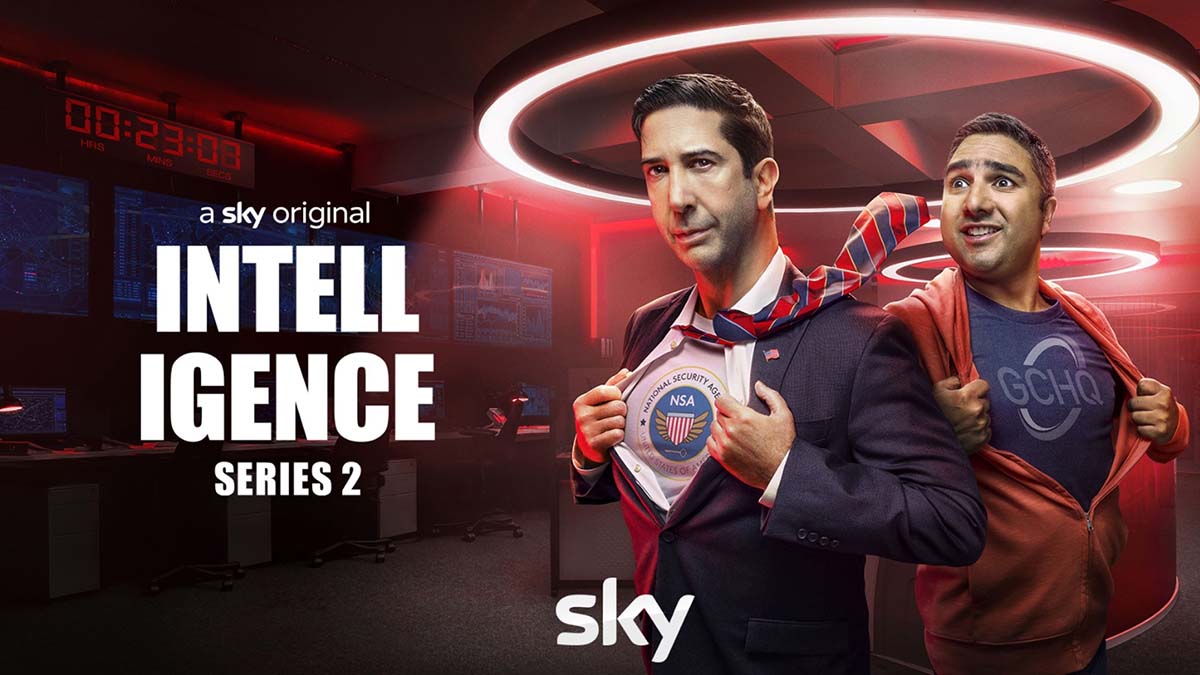 Comedy series ‘Intelligence‘ is returning to Sky One and NOW for series 2 on 8th June, with all episodes available at once.

At the end of the first series of Intelligence, we saw NSA agent Jerry Bernstein (David Schwimmer) narrowly avoid being extradited back to the States to face charges of treason. Indebted to his boss Christine (Sylvestra Le Touzel) for stepping in to protect him at the last minute – albeit with ulterior motives – we start series 2 with Jerry on the back foot. However when it’s revealed that the Russians have got their hands on a cyberweapon that Jerry was instrumental in developing, his intel suddenly becomes vital to national, if not international, security. Facing some demons from his past along the way, by the end of episode 1 he is firmly back in his alpha male comfort zone and heralded a hero.

Meanwhile Joseph (Nick Mohammed) has romance on the cards since sparking up an online friendship with Charlotte from the GCHQ offices in Bude. Romance blossoms and not even Jerry’s meddling nor Christine’s ban on cross-departmental relationships can get in the way.

As the series progresses, however, it soon becomes clear that while the initial cyber attack has been thwarted, the Russians are able to mutate the cyberweapon and Jerry’s personal security comes under serious threat…

‘Intelligence; is a production by Expectation TV in association with Sky Studios. Executive producers also include Nerys Evans and Morwenna Gordon for Expectation TV.

‘Intelligence’ series 1 is available on Sky on demand and streaming service NOW.