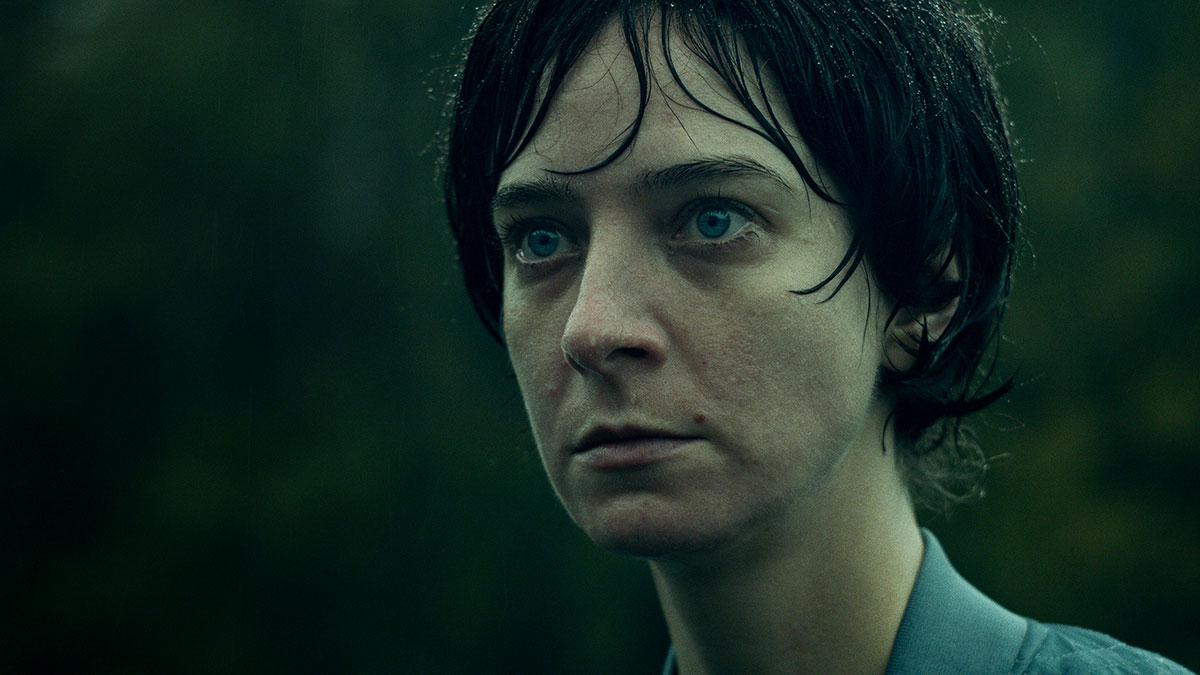 From its unsettling and expressionistic opening, ‘Violation’ strikes a different chord from most other films in this particular horror sub-genre. Madeleine Sims-Fewer and Dusty Mancinelli’s startling debut feature is most certainly a revenge movie, but one that seeks to dissect and deconstruct the conventions of the genre in brutally challenging ways.

Multi-hyphenate Sims-Fewer is also the co-writer and star of the film. She portrays Miriam, a woman whose marriage to Caleb (Obi Abili) is coming apart at the seams. They visit her sister Greta (Anna Maguire) and brother-in-law Dylan (Jesse LaVercombe) for a weekend, and it is a tense and awkward experience, as these familial get-togethers so often are after a few drinks.

Sims-Fewer and Mancinelli lure us gently into the story. There’s something dreamlike about the opening act. Between the idyllic lakeside location and the dreamy cinematography, it’s a pastel coloured, soft-focus utopia. Then something happens which we don’t initially see. The dream becomes a nightmare and things begin to fracture. Starting with the timeline, then the central relationships, and then maybe even reality itself. But isn’t that exactly what trauma does to a person?

The filmmakers shatter the narrative into non-linear pieces, and we try to pick them up as we go along. What becomes clear is something happened to Miriam over that weekend, and she is going to seek vengeance for it in a most meticulous and savage way. Be warned…for all its visual beauty, gorgeous score, and stunning sound design, ‘Violation’ packs one hell of a punch. There are some prolonged scenes of extremely realistic and disturbing violence.

Madeleine Sims-Fewer is quite simply operating on another level. Her remarkable performance is a thing of ferocious beauty. Balancing the traumatic rage of a survivor, with the fear and hopelessness that acts of violation evoke, it is a very well-judged performance, and she deserves all the plaudits.

Dealing with incredibly difficult and important subject matter, such as consent, sexual violence, gaslighting, and the re-writing of traumatic events, ‘Violation’ confronts this head on in a frank and viscerally explicit way. It is a difficult film to stomach for a myriad of reasons. A painful and challenging viewing experience, without the usual thrilling catharsis of the revenge movie. This is more honest. Brutally so, but absolutely astonishing.