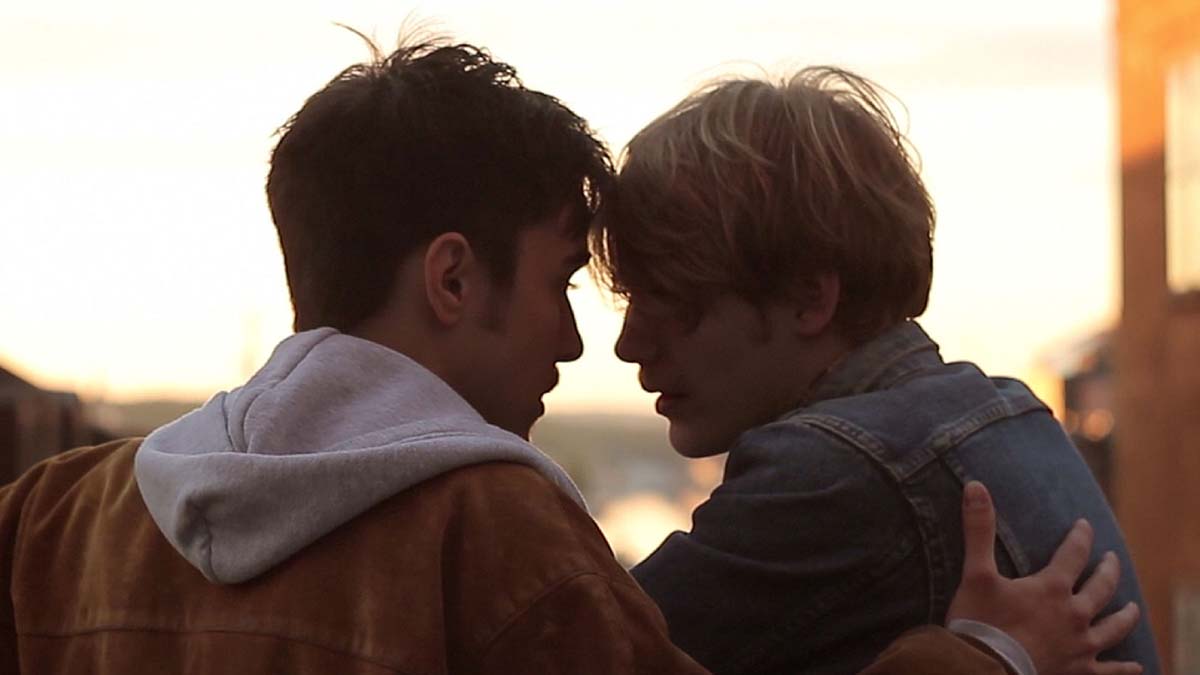 The next stop on NQV Media’s ‘The Boys’ series takes us to Sweden for seven shorts that give us an insight into the gay experience in Scandinavia. From childhood confusion through to an unexpected love triangle, these seven shorts really do tell a variety of stories that are sure to resonate with viewers across the world. One of the things that’s been so fascinating about this series, is realising that no matter where you’re gay in the world there are similarities when it comes to the journey we’re on.

‘The Swedish Boys’ opens with Jerry Carlsson’s ‘Coming Out’, a five-minute short that sees Joel (Charlie Gustafsson) going through an internal monologue about coming out to his parents. The back-and-forth he has is so easy to relate to as he worries about announcing the news before he’s comfortable with it himself and he’s concerned that the news might not be received well. Anyone who has come out, will be able to sympathise with Joel and it’s a powerful start to the collection.

The highlight of the release comes on the second short ‘Polly’ by directors Julija Green and Eric Ernerstedt. Jacob’s (Eric Ernerstedt) ex-girlfriend Polly (Julija Green) comes to visit much to the annoyance of Jacob’s long-term boyfriend Nicholas (Viktor Åkerblom). Asked to make an effort with Polly, Nicholas spends time with her and the two bonds far more than either expects, with their new-found friendship threatening to turn into something that could break up the trio for good. ‘Polly’ is a fascinating exploration of the fluidity of sexuality and how the unexpected can happen in any situation.

Elsewhere on ‘The Swedish Guys’, Nathalie Álvarez Mesén’s ‘Filip’ finds a young boy struggling to process the fact that his older brother, whom he idolises, is gay, Alexandra Litén’s ‘No Brakes’ is a meditation of finding the right way to be yourself despite the fears you may have, and Nils Emil T. Jonsson’s ‘The Memory Of You’ finds a seemingly heterosexual married man revisiting a relationship with a man that never fulfilled its potential.

In Valentina Chamorro’s ‘Distances’, a mother tries to reconnect with her estranged deaf son but realises she doesn’t know him as well as she thought she did. It’s a poignant reflection on the breakdown of a mother-son relationship when the two can’t communicate with one another and have acted in their own respective best interests. The collection closes with Elin Övergaard’s ‘Stokholm Daybreak’, which finds two friends on their way home after a night out with one struggling with his feelings for the other. It’s sweet end to the collection and proof that being brave can sometimes pay off.

‘The Swedish Boys’ is a very strong release from NQV Media. It’s one of my favourites in this series so far and these stories really resonated with me. The jewel in the crown is the fantastic ‘Polly’ but each of the seven shorts here deserve their place. I’m already looking forward to the next instalment.