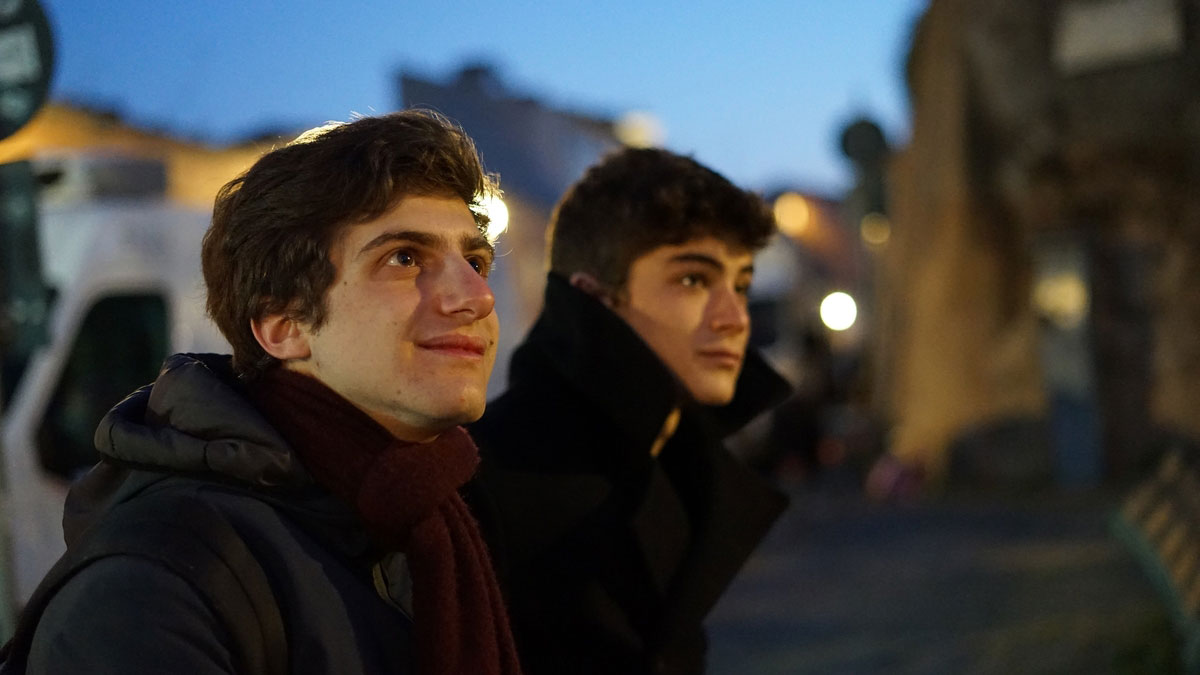 Ernesto from TLA Releasing on Vimeo.

Teenage Ernesto (Federico Russo) wanders the streets of Rome, searching for his true identity as he comes to grips with friendships, relationships and the meaning of life. At first naïve to the ways of the world, Ernesto’s experiences help him to grow and understand that life is full of ups and downs and through his sexual relationships, his burgeoning sexuality comes to the fore as he navigates his wants and desires.

‘Ernesto’ is the first film from partners Alice de Luca and Giacomo Raffaelli, and it’s a challenging piece of work. Split into loose chapters, the viewer gets snapshots into the life of Ernesto and the friends and sexual partners he picks up along the way. Often with no dialogue, the viewer is made to feel like a voyeur watching a coming-of-age story unfold in front of their eyes. Ernesto is free and open to any and every experience, which sees him explore his potential bisexuality as he hops into bed with men and women over the course of his wanderings.

Filmed on a hand-held camera, ‘Ernesto’ invites the viewer into a very intimate experience but it doesn’t give them a whole lot to sink their teeth into. The lack of dialogue makes it difficult for us to really understand the characters, and Ernesto’s actions feel random at best. The film isn’t raunchy enough to draw you in from that perspective, nor does it give you a strong enough narrative to pull you through from start to finish. What does Ernesto learn about himself by the end? To be honest, that’s not incredibly clear.

It’s obvious why Federico Russo was cast in the lead role. He has a magnetism that draws the camera in and let’s not beat around the bush, he’s a good-looking man. You can believe that the people he surrounds himself with want to take him to the bedroom and have intimacy with him. Russo plays the character wide-eyed, as he literally falls from one situation into the next seemingly with little thought to what he’s doing and why he’s doing it.

‘Ernesto’ is a film that may well leave the viewer cold. There’s not enough here to really get to grips with and the story is so loose, it’s almost like watching a stream of consciousness. Somewhere there’s an interesting story to be told and had the film-makers rounded out their characters and properly explored the bisexual aspect of the film, it could have been an interesting watch. As it is, ‘Ernesto’ is a ponderous and sprawling film that wants to say a lot but never manages to say very much.

Advertisement. Scroll to continue reading.
In this article:Ernesto, TLA Releasing