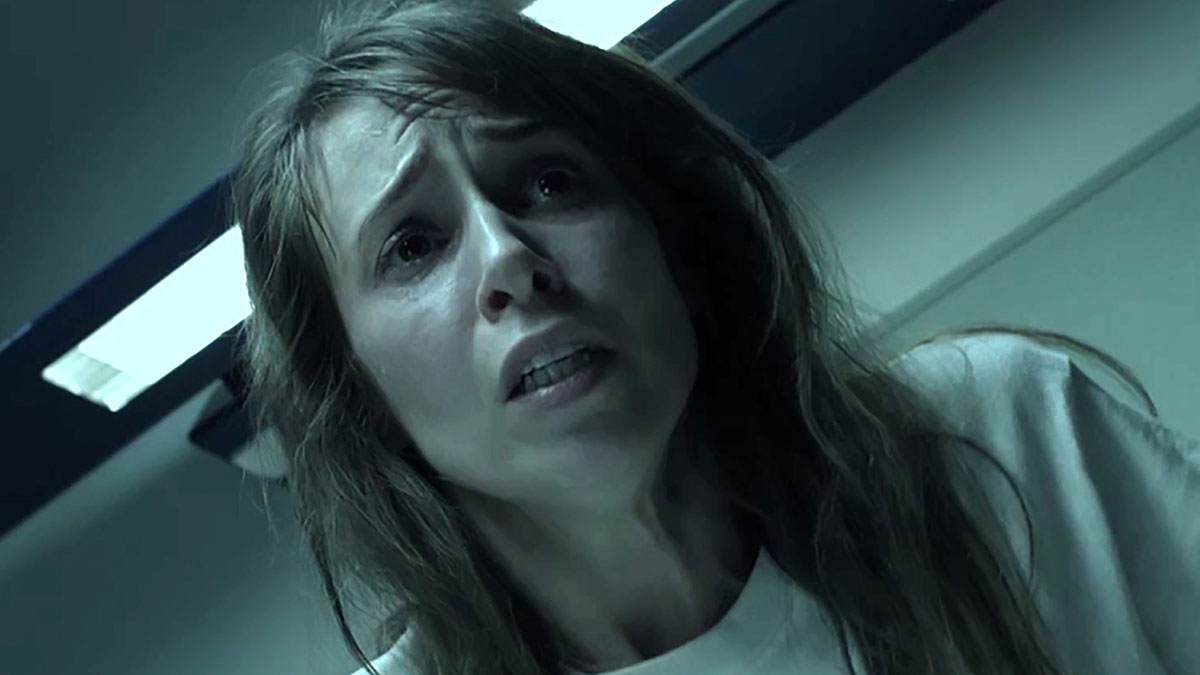 Sisters Claire (Candis Nergaard) and Anna (Jayne Wisener) mourn the loss of their grandmother, which seemingly affects Claire more as she starts to see things in the house they share. With a history of mental health issues, Claire is cared for by Anna and as her condition worsens, her sister’s patience begins to grow thin. With Claire convinced that she’s having visions, her family intervenes insisting she seeks treatment but Claire resists, determined to prove that she’s telling the truth.

‘The Heiress’ is a new British horror from director Chris Bell and it arrives at a time when mental health, the way it’s viewed by society, is under an intense spotlight. The first hour of the film is really a relationship drama, exploring the way that Claire’s family reacts to her seemingly worsening mental health. Claire’s sister Anna starts off sympathetic but that grows thin as the incidents begin to mount up and she wonders if her sister needs professional help. An intervention by the family makes things worse but the arrival of Father John O’Shea (David Schaal), who believes Claire may have let evil into her life, starts to provide some answers as to what’s really going on.

The final 20 minutes are when the horror elements really kick in. Up to that point there’s plenty of atmosphere and a few cheap scares but if a full-on frightfest is what you’re after then this may not be the film for you. Instead director Bell slowly increases the suspect and tension, allowing you to witness Claire’s decline as those around her think the answer if to shove pills down her throat in the hope that helps. Viewers also see the bond between the sisters begin to break down, in part thanks to meddling from Anna’s boyfriend who is resentful that she spends so much time caring for Claire.

Candis Nergaard is undoubtedly the star of the piece. She’s required to give an exhausting performance and she delivers. Barely a moment goes by where she’s not required to be frightened, and she’s convincing. Rather than portraying Claire as a victim of circumstance, she gives the character a much more fleshed-out performance and you really do care for her by the end of the film. Jayne Wisener contrasts nicely as Anna, the well-intentioned but oblivious sister who fails to see what’s right in front of her.

‘The Heiress’ is thought-provoking and effective. There’s more weight to the material than you might expect from a horror film and as a feature debut, it’s a win for Bell. The end is a little rushed after such a slow build-up, and I would have liked it to have been fleshed out a more, but other than that ‘The Heiress’ has plenty going for it. If you like horror to make you think, rather than just jump out of your seat, you should add this British film to your watch list.

Advertisement. Scroll to continue reading.
In this article:The Heiress