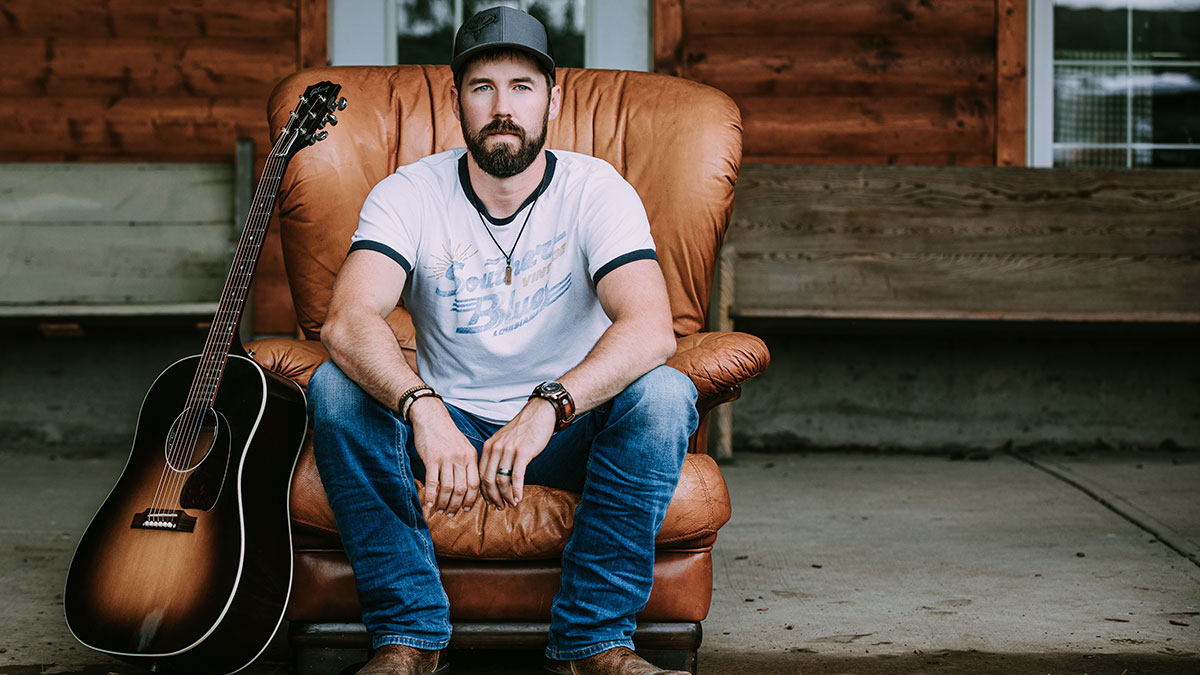 Award-winning Canadian Country artist Drew Gregory released his single ‘Beer With Anyone’ back in January.

Over his career to date, the singer-songwriter has shared the stage with the likes of Miranda Lambert, Kip Moore, John Michael Montgomery, Big & Rich, Emerson Drive, and Chad Brownlee and performed on stages including Big Valley Jamboree and The Calgary Stampede.

I caught up with Drew recently to find out about ‘Beer With Anyone’, talk about his 2020 and discuss his plans for the year ahead…

It was a years of ups and downs for sure. On one hand I was able to do some things I certainly would not have done if we had carried on like we were prior to the pandemic. I got the chance to get a lot more creative and also got to take a step back and figure out what was really important to me. Luckily I found that music is still right at the top of that list. I’ve always loved the stage so not being able to play has been very hard. I miss it a lot but it keeps me going knowing a lot of other music lovers do to and I hope and think everyone will have an even deeper appreciation for everything including live music when we’re able to get together again! As a fan of music as well, I know I will!

Your new single ‘Beer With Anyone’ is coming out soon. What’s the track all about and what inspired it?

For me it was about connection. I had the chance to do some backpacking right out of college and meet people from all over the world. To this day I still prefer a hostel over a hotel. I love hearing people’s stories and make a real effort to listen before speaking. I think my favourite thing about playing live is the connection and I can get that same feeling in a really good conversation. And beer usually helps. I wrote it with Eric Dodd who came up with a lot of the real laid back fun melody and it was a tune that lyrically felt so true to me, I knew I wanted to cut it right away. I think it’s a tune a lot of the world could use right now!

What are your plans for new music in 2021? Can fans expect an EP or an album?

Yes, we’ll be releasing 3 other songs with this project throughout the winter. We recorded all 4 songs in a barn over one weekend in the summer with all my crew and band. We knew it was going to be a great time so we had a film crew document the whole thing. We have some great footage of the weekend and I’m so happy you’ll not only be able to hear the fun we had through the tracks themselves but see it as well. Then we’ll definitely be back in the studio as soon as we’re able, working on some more new music to follow this project up!

The pandemic has obviously been hitting everyone hard. In what ways have you had to adapt to stay connected with your fans?

Luckily we had really gotten into the live stream concerts long before the pandemic and we’ve continued them and had some great ones in 2020. I’m so happy technology is where it’s at right now as I think the same thing happening 10-15 years ago would have been difficult keeping that fan engagement. I would say we’ve even been able to gain some new fans in the process. While there’s unfortunately not a lot of income through live streaming I think we’ve put ourselves in a great position for when events start hiring again.

Would you like to bring your music over to the UK in the future?

Absolutely!! My wife has been and speaks very highly of it but it is one place I have yet to venture and have always wanted to. I’m always excited to see country acts heading over there and doing well. I think there’s a great scene there and it is definitely on the bucket list!

For those readers who may not have heard of you yet here in the UK, tell us how you got into music and why you decided to pursue a career in the industry?

I have to credit my parents for not letting a day go by without several hours of music blasting in our house. Neither were musicians of any kind but they absolutely loved music. Mostly great classic rock. Dad had a huge vinyl collection and Mom always had the radio on. I didn’t pick up a guitar until I was 15 but I couldn’t put it down when I did. That led to being the guy at the campfire or playing in the kitchen at every high school party and into college. I couldn’t play enough and that love is still very much there today. My first trip to Nashville in 2009 marked the real start of music as a career and I’ve been very fortunate to meet some great people there that have helped me along in my career a lot. Being able to have a beer with anyone has served me well in that town!

Which artists would you say have had the biggest influence on you and why?

Speaking of Nashville and hostels, when I first arrived there I booked a bunk at the Music City Hostel. I got a chill when I was taken to my room and the only art in that room was the ‘Sinners Like Me’ album cover by Eric Church. That album had been the entire reason I began my songwriting career. I believe he had a lot of the same classic rock influences as me and he found a way to intertwine that with a great country lyrics in a way that really set me on a songwriting course I hadn’t considered before. I’m not sure I’d be where I am today without that album and seeing the cover in that hostel room that night gave me all the proof I needed that I’d made a good choice.

Drew Gregory’s single ‘Beer With Anyone’ is available now. Watch the video below:

Advertisement. Scroll to continue reading.
In this article:Drew Gregory