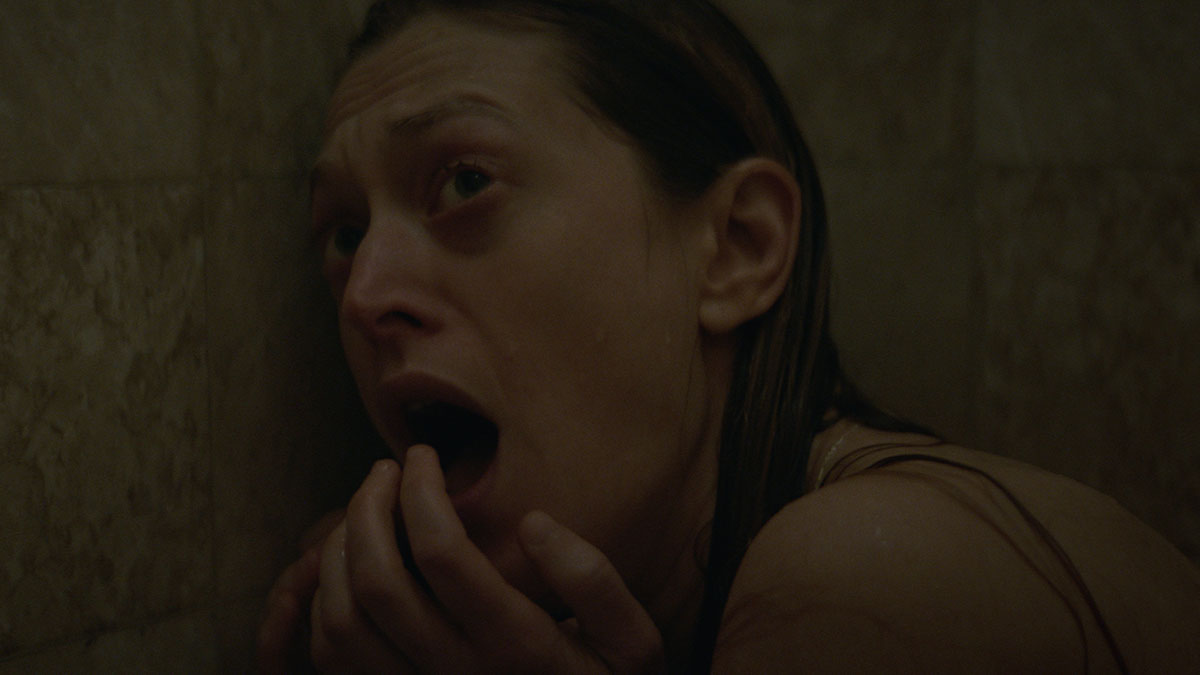 Louise (Marin Ireland) and her brother Michael (Michael Abbott Jr.) return to their family home when they receive the news that their ailing father (Michael Zagst) is dying. They find their mother (Julie Oliver-Touchstone) acting strangely, and when an unexpected tragedy occurs, the siblings start to fear that there is an evil inside the house that is targeting the family. As they struggle to tell the difference between reality and hallucinations, Louise and Michael are thrown into a battle against a dark force.

‘The Dark and the Wicked’ is from writer/director Bryan Bertino who is perhaps best-known for writing 2008 horror hit ‘The Strangers’. With Bertino on board, I had high hopes for this film, expecting another twisted and shocking story that unravels slowly over the running time. That, at least, is how ‘The Dark and the Wicked’ starts out, gradually chipping away at the audience and unsettling them as Louise and Michael walk slap bang into the middle of danger without realising it.

Unfortunately, ‘The Dark and the Wicked’ becomes an exercise in ticking off horror tropes rather than presenting anything truly original. Scenes of Louise and Michael being scared to death and believing their lives are in danger, only for it to turn out to be a mind trick occur too frequently giving the film an overly repetitive feel. At times the film recalls M. Night Shyamalan’s 2015 film ‘The Visit’ but it never reaches the terrifying heights that film did. Louise and Michael find their mother acting strangely, but there’s no real rhyme or reason for her behaviour other than to try and shock the audience.

Once the tragedy happens, the film abandons any sense of plot and instead just features the two central characters being scared while disturbing things appear on screen. As neither of the leads is every really fleshed out, you really don’t care what happens to them so the film quickly becomes boring. A handful of supporting characters pop up during the film but none of them add very much, including a very underused Xander Berkeley as a – you guessed it – creepy priest.

Due to the lack of character development for either of the leads, the actors struggle to impact with their performances. Both Marin Ireland and Michael Abbott Jr. are fine in their roles but apart from running around and screaming, they aren’t required to do much of anything else.

‘The Dark and the Wicked’ puts all of its efforts into unsettling you and no effort into delivering a coherent or interesting story. This story has been done before, and better, more times than I can count and it left me very disappointed. ‘The Dark and the Wicked’ is horror-by-numbers and for a hardened horror fan like myself, it was a very pedestrian watch that did absolutely nothing for me.