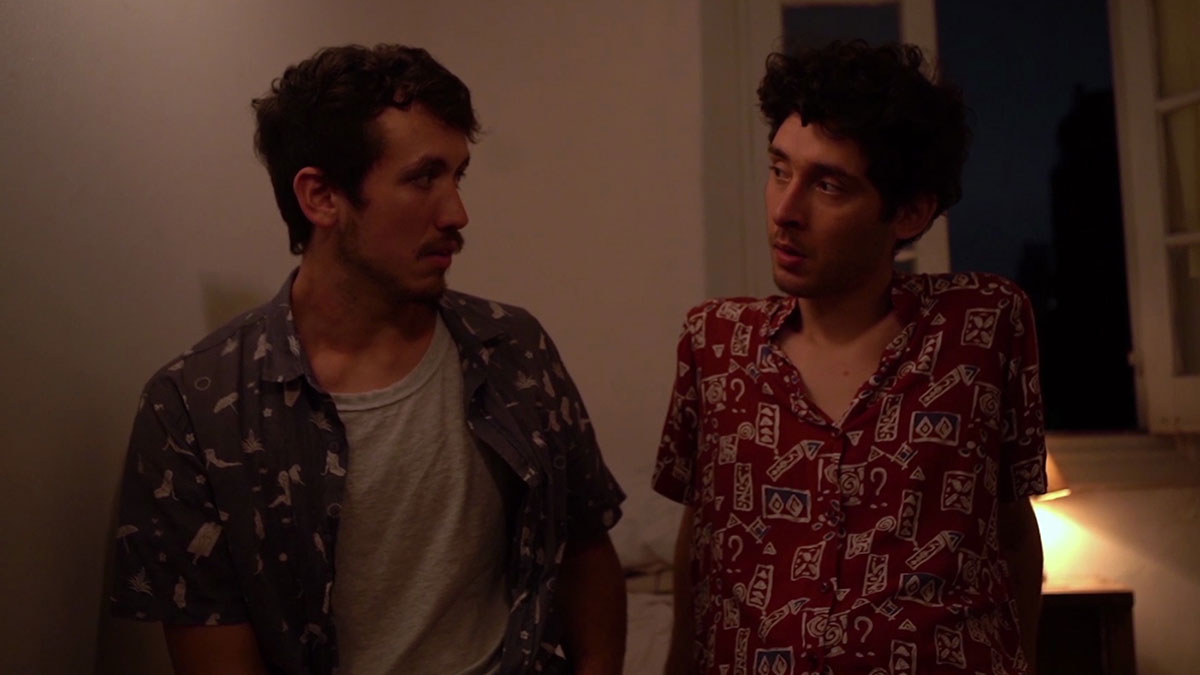 This week NQV Media has released the follow-up to their 2019 release ‘The Latin Boys Volume 1’. Collecting together six shorts from around the globe, this release takes viewers to South America for a variety of stories that show what the reality of being a gay man in the 21st Century is. Each of the shorts has been selected from film festivals across the continent.

‘The Latin Boys Volume 2’ plays its strongest hand first with director Jonathan Anzo’s ‘Seat Belt’. Julio (Antonio Gónzalez) and Damian (Alfredo Romero) adopt a five-year old boy and Damian settles into being a parent much easier than Julio. Tragedy strikes when Damian unexpectedly drops dead, leaving Julio as a single parent. The short explores Julio’s grief and the ways he deals, and doesn’t deal, with the tragedy and his role as a parent. It’s emotional and it hits you right in the heart.

‘Before It’s Too Late’ by Leandro Goddinho follows and it shows two teenagers locked together in a hotel room against the backdrop of a new President taking office in Brazil. Faced with prejudice and violence, the two influencers explore their sexuality and decide to be honest, publicly, with who they really are. It’s an interesting short and quite sweet in places, although a little more context could have elevated it.

Elsewhere on the collection a young man gets a HIV test in Mateo Vallejo’s ‘The Grey Zones’ and we watch the weekend pass by as he anxiously awaits the results, two teenage friends spend a summer’s day together to escape their reality in Matias Magnano’s ‘Guacho’ only to find that being themselves isn’t all that easy in their society, and Jamie Fidalgo’s ‘Orizaba’s Peak’ explores sexual prejudice between two male friends who have a misunderstanding over drinks and dinner.

‘Ajar’ from director Camila Souto is the collection’s other standout moment. Room-mates Bruno and Felipe are in the process of getting used to one another when Felipe realises that he’s attracted to Bruno. That takes him by surprise and he gets lost in a fantasy of what could be, if the two were to embark on a sexual relationship. This short perfectly captures the feeling of lusting after someone that’s probably out of your reach, and explores what it’s like to deal with sexual feelings that may not be reciprocated.

‘The Latin Boys Volume 2’ really delivers, and for me this strand has been one of the strongest from NQV Media yet. This collection explores so many different topics, and it gives a well-rounded view of what being gay means to men (and boys) at different stages of their lives. To be honest, it’s worth checking out just for ‘Seat Belt’ alone.