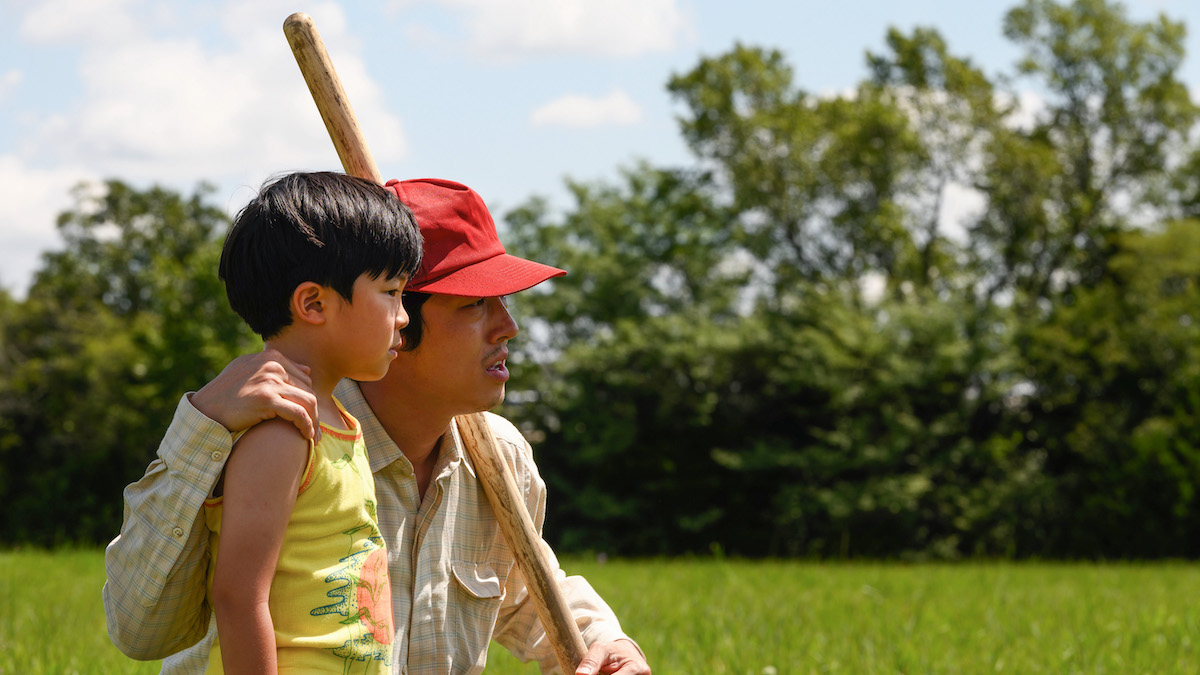 Opening this year’s Glasgow Film Festival is Lee Isaac Chung’s Minari, a gentle and absorbing drama of first-generation immigrants, which cuts right to the heart of the American dream. The film has had a fantastic run on the festival circuit, generating a lot of critical acclaim and awards buzz, and makes its UK Premiere at GFF21.

Partially inspired by his own childhood, Chung’s film tells the story of Jacob (Steven Yeun) and Monica (Yeri Han), two Korean immigrants who have been living in California for the past decade, and working in chicken hatcheries. Now with their two American born children, Anne (Noel Cho) and David (Alan S Kim), they are relocating to rural Arkansas. Jacob has bought a plot of land which he plans to turn into a farm, growing Korean fruits and vegetables to sell to the Korean supermarkets.

The compromise of trying to grab a little of piece of that fabled American dream of being a self-made man, is that Jacob has to move his entire family into a trailer in the middle of a field. In the middle of nowhere. Their youngest, David, has a heart condition requiring frequent medical care and now they live hours from the nearest hospital. Adding to it all, Monica’s mother Soonja (Yuh-jung Youn) is on her way from Korea to live with them as well.

Minari is not a film of great drama, threat, or incident. It’s a film which perfectly captures the small moments, the mundane everyday moments which make up our lives. It draws you in to this very specific tale of the struggle and hardships of being a foreigner in another country, with the conflicting pressures of fitting in versus retaining cultural identity. Yet through its authenticity, humour, and humanity, it feels universally relatable.

Much of this comes from the beautiful performances from the cast. Steven Yeun, a standout from his time on the long-running series The Walking Dead is terrific as the stoic and stubborn father, determined to make something of himself and support his family. The standouts however are Alan S Kim and Yuh-jung Youn, who practically walk away with the movie. The mischievous little boy and his even more mischievous Grandma are the screen double act of the year, delivering much of the film’s warm-hearted humour.

Chung’s greatest success however comes in the way he so stealthily roots us into the lives of these characters. You think you’re just watching this quiet drama gently unfold, and then the final act takes your breath away. A beautifully written, gorgeously filmed movie about life and belonging. Without doubt, one of the best films of the year.