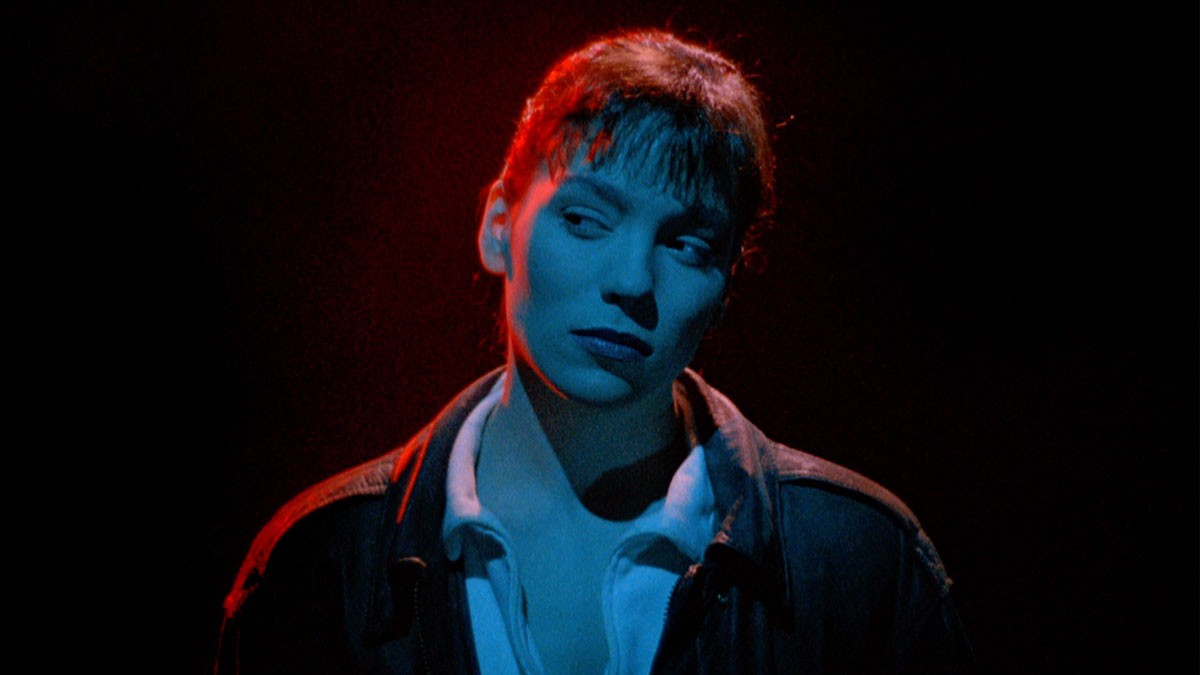 In the year 2037, much of Earth is inhospitable and a select few, known as Dreamers, reside in an artificial environment called Inworld, where they spend their time plugged into a virtual reality system named Infinisynth. Judy (Marta Alicia) has grown tired of her simulated life and she begs to be able to leave in order to explore the world outside. Her wish is granted and she finds herself in a barren wasteland, targeted by Crawlers. She meets Stover (Bruce Campbell), the only human to survive in Outworld and both of them are thrust into a terrifying battle for survival.

‘Mindwarp’ aka ‘Brain Slasher’ was the first of three films produced by horror magazine Fangoria in 1992. A mix of sci-fi and horror, ‘Mindwarp’ tries to offer a fresh perspective (for the time) on a post-apocalyptic world rife with division, contrasting the luxurious life of the Dreamers against the harsh reality of the Crawlers, who are essentially grotesque-looking cannibals. Stover is the bridge between both sides as a human who didn’t manage to become a dreamer but did manage to prevent being turned into a Crawler.

You can see parallels with ‘The Matrix’ in terms of the world of the Dreamers. The opening scenes show Judy connected to Infinisynth via a cord in the back of her neck. Unlike her mother, who is more than happy to while away her days in a make-believe world, Judy grows tired of not having experienced anything in reality. That changes very quickly once she’s outside of her home and struggling to survive in Outworld.

The film starts off with a lot of promise. Marta Alicia is a solid enough heroine for the audience to root for and once Bruce Campbell appears on screen, things really start to pick up. Unfortunately, it falls apart fairly rapidly after that with too many jumbled ideas competing. The introduction of the Seer (Angus Scrimm), essentially the leader of the Crawlers, attempts a plot twist that doesn’t quite land and then is completely undone by an unforgivable final act that left me shaking my head.

The extras on the Blu-ray are a new feature length audio commentary with former ‘Fangoria’ Editor Tony Timpone, and footage from ‘Fangoria’s Weekend of Horrors 1990’ convention. The first 2,000 copies also come with a Collector’s Booklet detailing the film’s origins and release, as well as an article on Bruce Campbell from Gorezone.

‘Mindwarp’ sadly isn’t a great film. Bruce Campbell is always watchable but he’s under-used here. There are some interesting ideas in the mix but ultimately, they don’t add up to a decent plot. Some of the supporting actors are pretty poor too, which is very jarring when you have solid leads in Alicia and Campbell. Perhaps I’ve seen too many films like this or maybe it’s just not aged well, but ‘Mindwarp’ was a bit of a let down.

In this article:Eureka Entertainment, Mindwarp