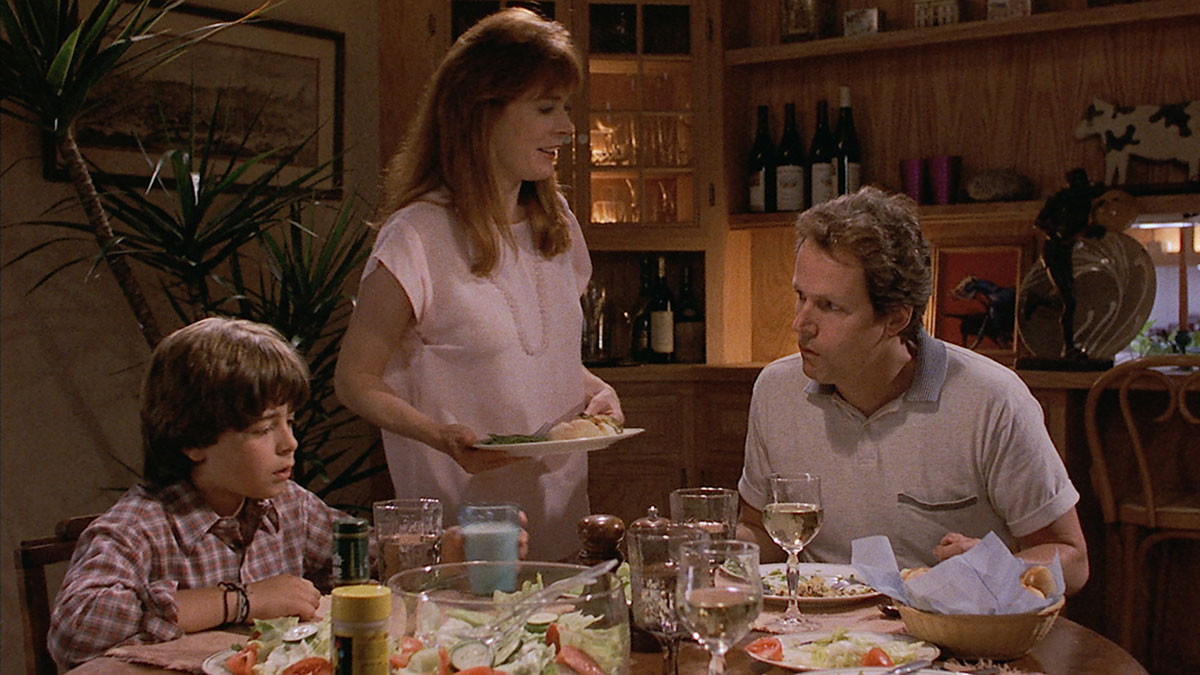 David Rockland (Joey Lawrence) visits his father Bill (Cliff De Young) and step-mother Ellen (Roxanne Hart) for the summer. Arriving shortly after a seemingly freak accident killed a neighbour, David begins to suspect that the electricity in the house is trying to kill him. Bill dismisses his son but realising how frightened David is, Ellen tries to bond with him by listening to his concerns. As Ellen starts to investigate what’s going on, the Rockland’s house turns into a death trap that they might not be able to escape from.

‘Pulse’ is the one and only feature film from director Paul Golding, who also wrote the screenplay. According to the booklet enclosed with the release, Golding was frustrated at how Columbia Studios treated the film, giving it only a limited domestic run in 1988 before releasing it on VHS later that same year. The film subsequently found an audience in later years but largely the film has remained under the radar since its original release.

Eureka Entertainment is releasing ‘Pulse’ on Blu-ray for the first time in the UK as part of its Eureka Classic range. Is ‘Pulse’ a film that deserved to be seen by a wider audience? In many ways, yes it is. While not the best film I’ve ever seen, ‘Pulse’ has plenty to enjoy and its concept feels eerily ahead of its time given how much we’re addicted to technology in the modern age. Bill’s home is full of all the mod-cons (at the time) and the film really is a comment on consumerism and how reliant on technology society is (even back in the 80s).

Interestingly there’s no attempt to fully explain what causes the electricity to turn against the family. It just does, and you either choose to accept that or grumble about it. Golding found inventive ways to endanger the lives of his leading three characters, and there are some strong set-pieces that will keep you on the edge of your seat. It’s not quite ‘The Ultimate Shocker’ that the box suggests but it’s an above average thriller.

The leads are all strong. Cliff De Young is believable as a father who has lost touch with his son, while Joey Lawrence gives a strong performance for his age as the inquisitive and smart David. Roxanne Hart steals the film, embodying a stepmother that is desperate to connect with her step-son and she has some great moments here.

Extras on the Blu-ray include a new audio commentary by author and film historian Amanda Reyes, and a video essay – ‘Tuning in to Tech Horror’ – by writer and film historian Lee Gambin. The first 2,000 copies also feature an extensive Collector’s Booklet that gives you the context around the film’s release, which is a fantastic read.

‘Pulse’ isn’t going to leave you with your jaw on the floor but it will entertain you for 91 minutes. If you switch your brain off and go along for the ride, you’ll be surprised at just how much you enjoy it. Thanks to the strong performances of the cast, you’ll be sold on the concept and if you’re a sci-fi horror fan, this will be an absolute treat for you.

Advertisement. Scroll to continue reading.
In this article:Eureka Entertainment, Pulse